You're going to have to excuse the blurry and grainy/100,000ISO photos here; and try and appreciate the pics anyway!

The photos are a couple years old now, and are of.. 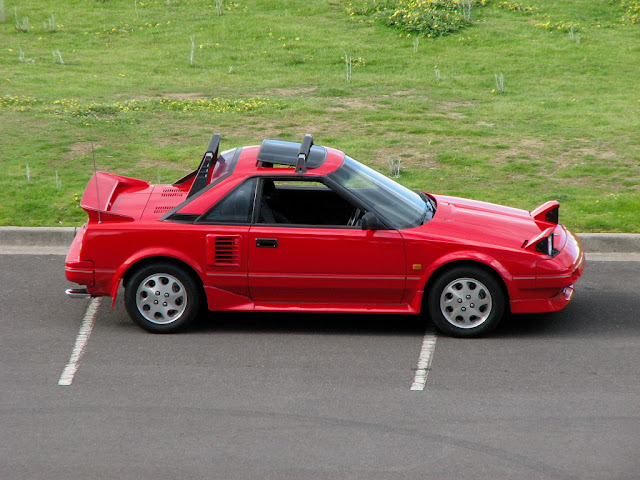 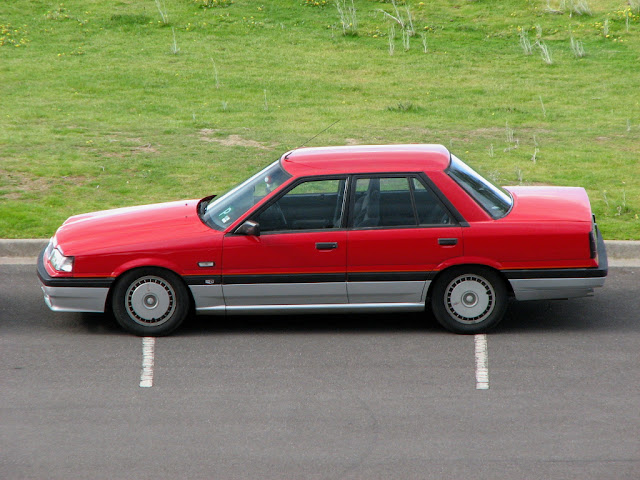 ...and my brothers now-long-sold R31 Skyline. 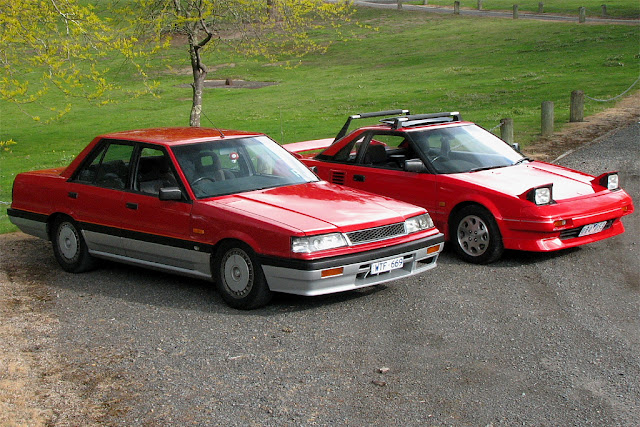 I've posted pics of my AW11 here before - maybe a little too frequently (!) - so we'll ignore that, and focus on the Skyline. 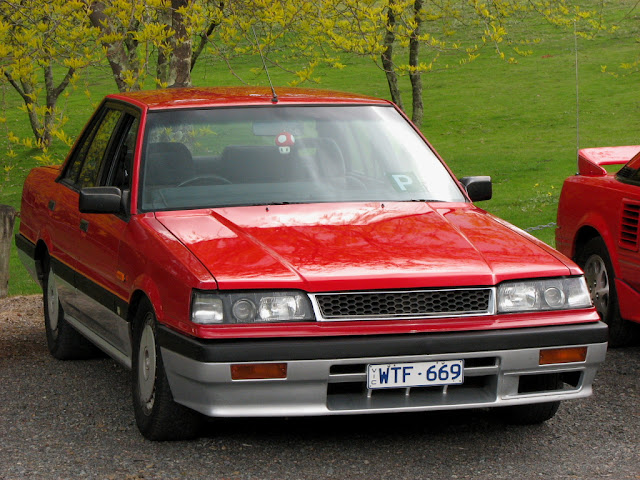 This is one of the Aussie-made R31's; and the light silver lower paint and orange pinstripe give it away as originally being a Silhouette - the 'sports' model.
The bonnet/hood has been swapped out for one off the 'Ti' model, along with the taller grille. it has the off-centre intercooler intake from the Japanese Turbo models, and the standard series 3 (late 1988-onwards in Australia) headlights changed for the much nicer black-backed projector units.
Its shown here lowered fairly dramatically, done using coilovers out of an S13 Silvia/180SX. A common choice, and always very obvious thanks to the ridiculous negative front camber (looking mighty dramatic against the Aussie solid-axle rear-end!). This is because of the fixed uppers on the strut front-end, combined with the longer S13 lower control arms needed to run the S13 struts. Interestingly, this would be as high as the setup would have gone - the R31 strut towers are just much higher than the S13's.
Another interesting side-effect of having to get the strut, knuckle/hub, control arm, etc; is that you usually end up buying entire strut setups - as a result this car also ran the SR20 S13 front brakes.. 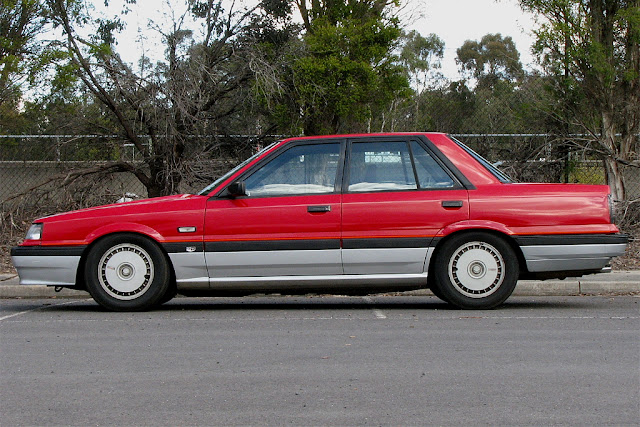 One more shot, and awesome front rake.
I absolutely love the original Silhouette wheels here - a 15x6 alloy wheel with a almost full-size aero-styled hubcap. The centre-lock area may well be a bit of a lie, but its impressive to find factory alloys almost completely covered with a hubcap!


It needed a little tidying, but I really liked this car. I saw it very randomly ~2011 sometime.. amazingly still around... and really really hope it still is today. :)