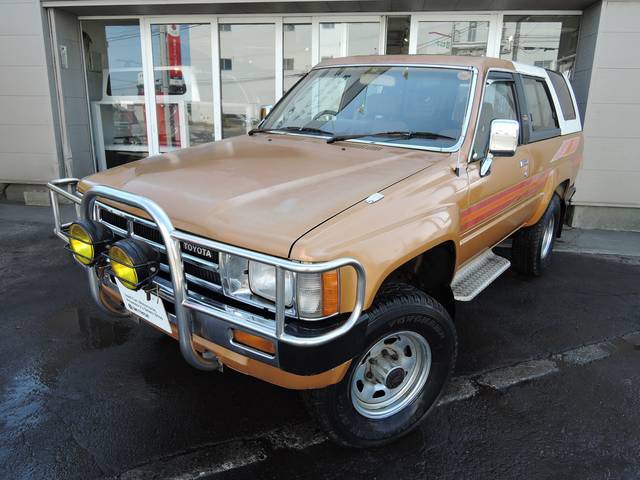 What at first glance seems to be just a tired Surf.. one of a handful of first generation Toyota Hilux Surf's currently on the market in Japan... 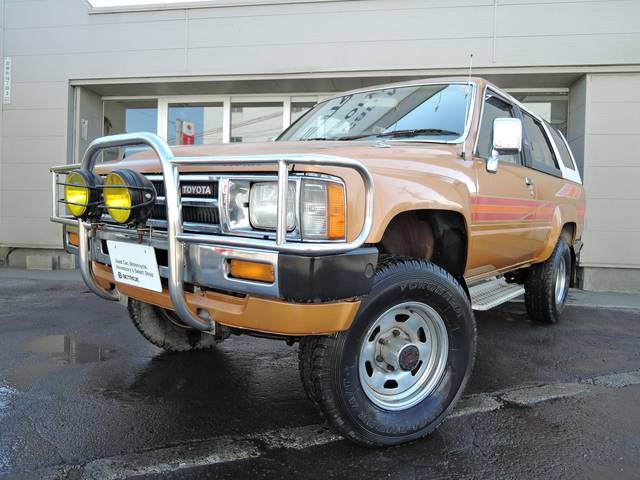 ..but its actually a fair bit more special than that, and goes a long way towards explaining its otherwise surprising ~1.5m yen asking price..! 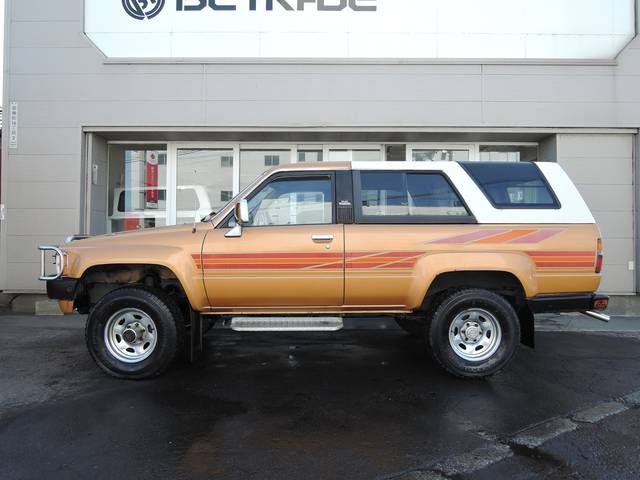 Ignoring the 'an-aquired-taste' colour combination of metallic gold on brown, this is about as good as a first-generation Hilux Surf/4Runner gets. 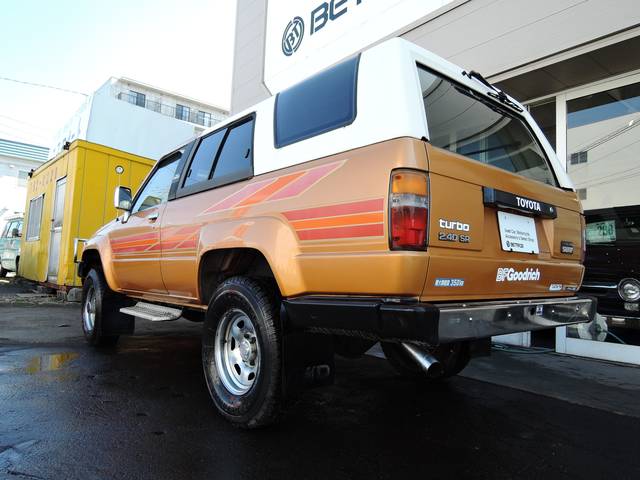 1985 LN60 Toyota Hilux Surf SR.
Second year for the first generation of Hilux Surf, last year of the solid front axle, original and largely unmodified condition, top trim level and fully optioned...
... and powered by the 2L-T 2.4litre turbo diesel - the first year for this engine - and a 5spd manual.

However, along with this particular car needing a fairly thorough detail and reversing of a couple odd additions - removing the brushguard and stickers, refitting mirrors onto the front guards (has had late-Surf door-mounted mirrors fitted) - there are some other (although original) parts I'd probably want to change..
Surf's don't have the roll-bar in the rear or 3-point rear belts, so I'd likely add those; I'd change the auto hubs to manual ones, there's manual windows but no opening quarter glass, no step rear bar, no wheel-arch or sill stainless trims, no stoneguard in front of the rear arches, no chrome around those rear tail-lights, and there's no large dual-opening armrest between the seats.. which is important you know..?

Basically, anything I could do to make it look more like this early US version, plus things I know I like from my own Australian-spec 4runner.. 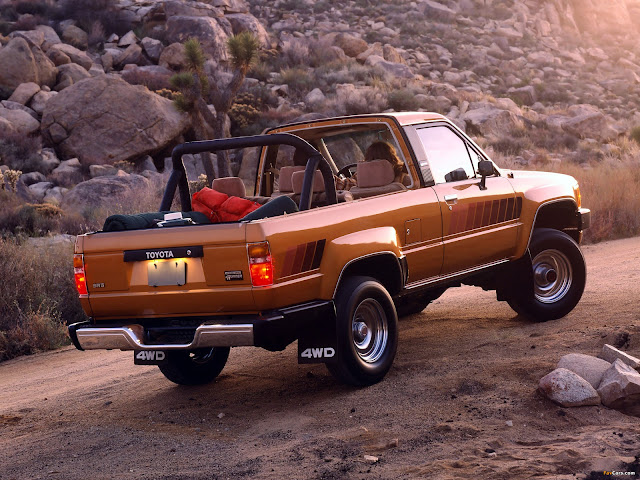 The metallic gold is showing a fair bit of potential here..! 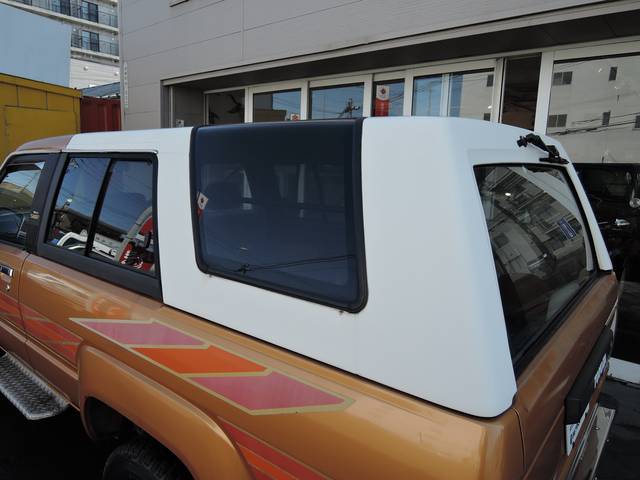 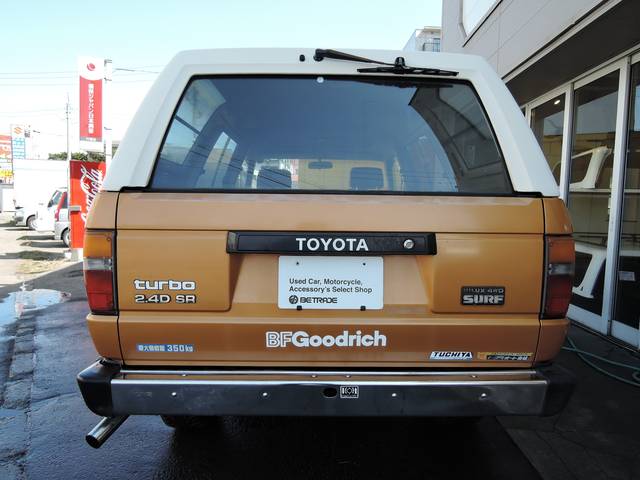 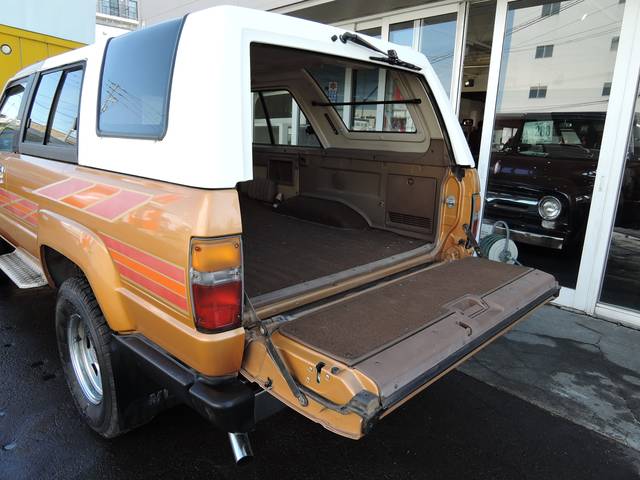 Canopy would be removed instantly.. 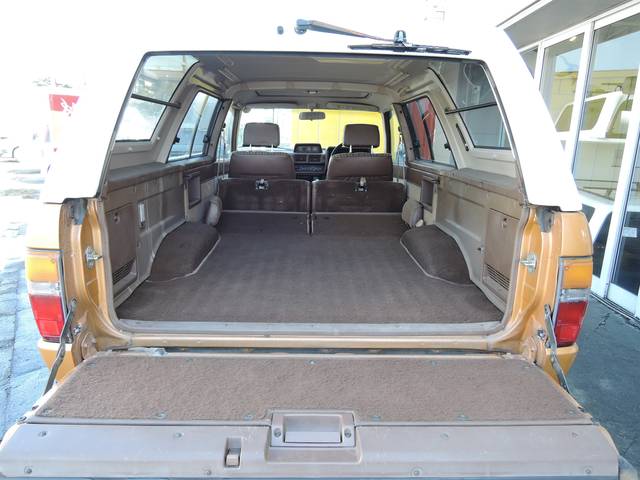 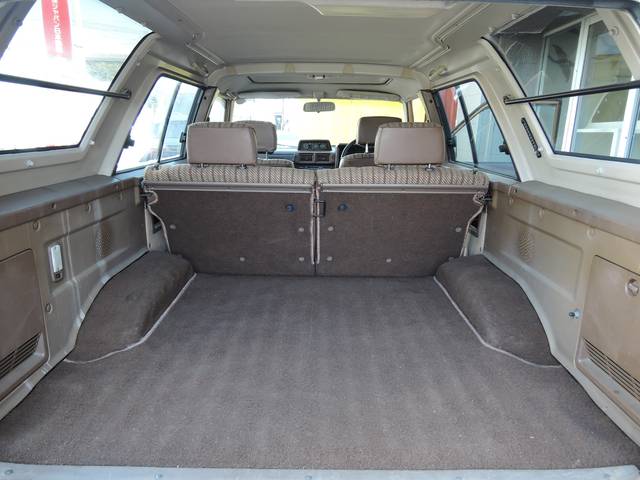 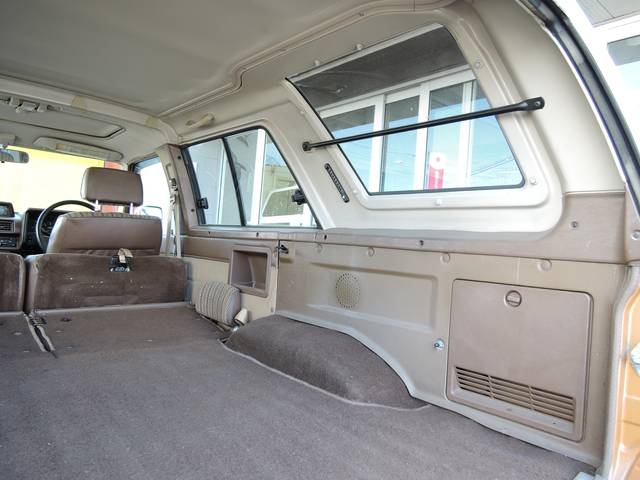 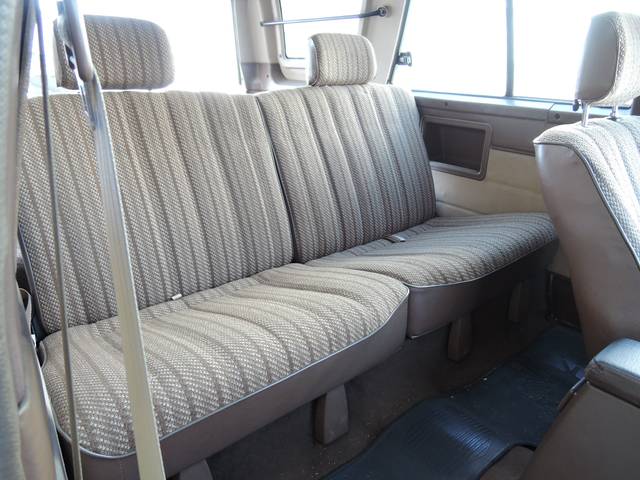 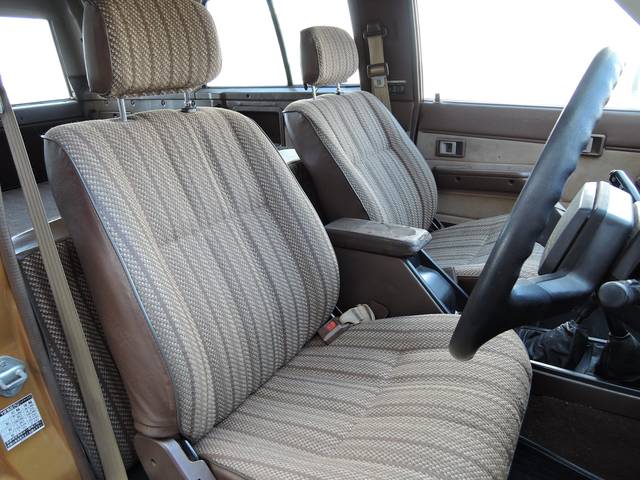 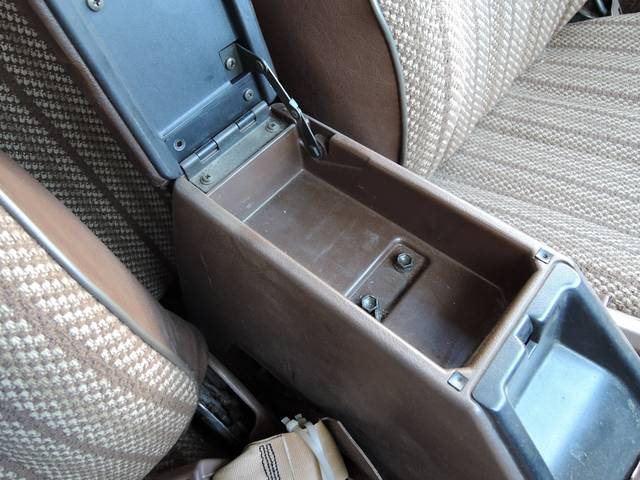 Very neat original fabric on the seats. Couple cable-ties around the seatbelt for some reason, and the armrest needs a little trim work.. 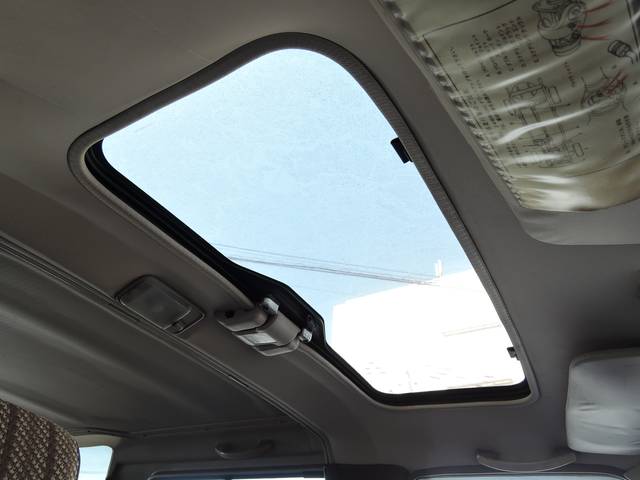 The opening, removable sunroof.. that seems to be completely shared with the AW11. 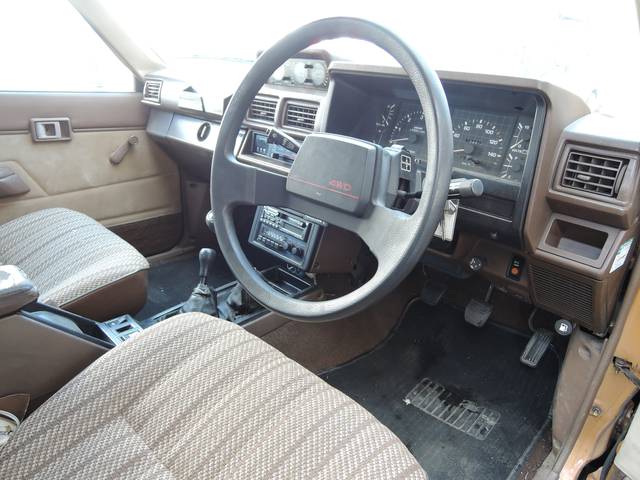 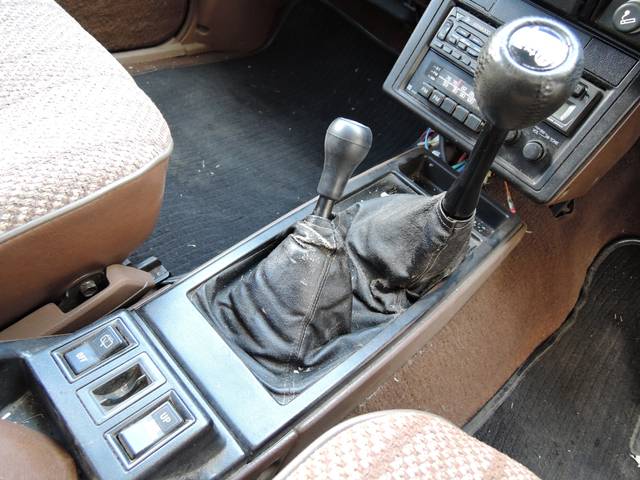 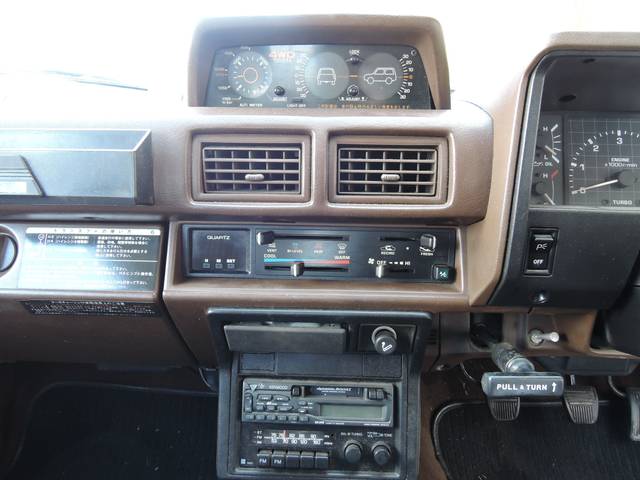 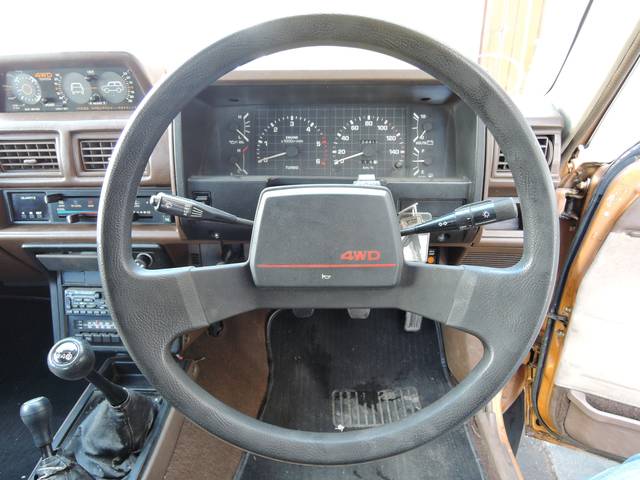 As said before, a thorough detail and we're good-to-go in here..! 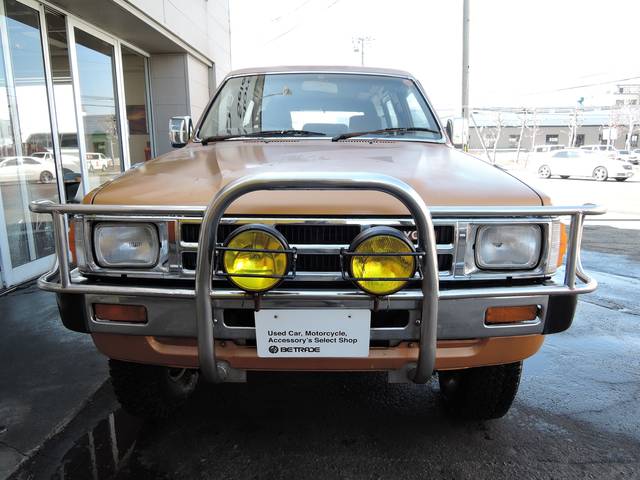 Overall fantastic, solid, and original; a great base.. and just a thorough tidy-up and a couple subtle changes away from being a dream 4Runner..