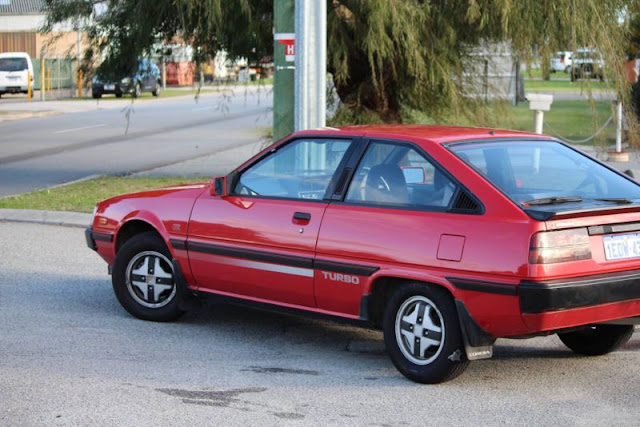 One of a handful of neat Cordia's that has popped up on the market in recent weeks.
More than a little surprising - not only are they super uncommon to see on the roads these days, and hugely popular to modify when they were; but it was multiple neat and original examples that were available for sale! 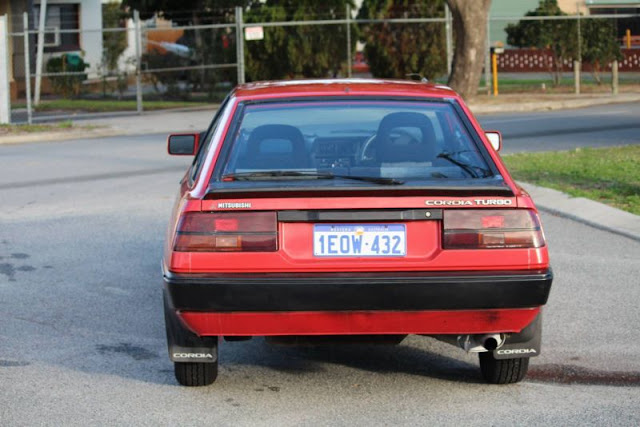 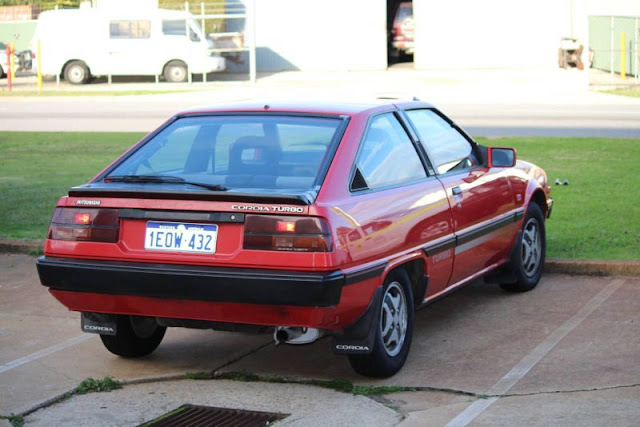 This 1985 AB Mitsubishi Cordia GSR Turbo looks to be completely original, and has supposedly only travelled 175,000km in its 30years on Australian roads.
Available over its lifespan in both GSL (non turbo) and Turbo/GSR forms. It faded away from the Australian market in 1988.
1985 makes it a pre-unleaded version with the more powerful version of the 4G62T. The 1.8litre, single cam, single-point injected, Turbo motor produced 110kw (and 210nm!); dropping to 90kw with the 1986 introduction of unleaded fuel in Australia.. and the changes on the updated AC Cordia to suit. While there were other upgrades to try and compensate, it was never as fast as it once was. 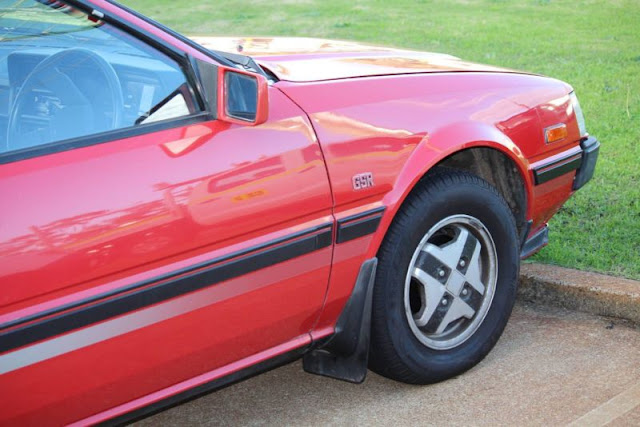 The original TURBO decals and stripes down both sides, and the 13" 4spoke alloys.. 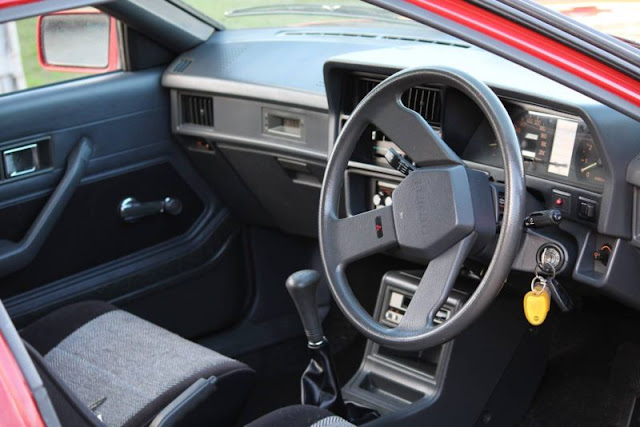 Only shot of the interior, but looks seriously impressive. Not only does it seem super clean and original, but how well Mitsubishi's trim materials have held up.
The classic Cordia details are there.. including the 'Turbo' embossed 3-spoke wheel, and digital clock strangely mounted in the centre of the passenger side dash.

Found this period ad in a 1984 Wheels magazine. Scanned in 1400wide wallpapery goodness! 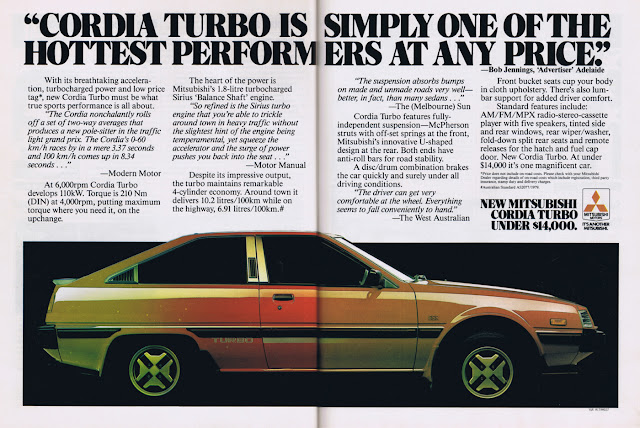 Within a few years almost all of the manufacturers selling in this market had caught back up, but no doubt was fast for its day.


As for the red car above; you can find this car on Gumtree, and is still listed as of posting.
Less than $5000 for a neat piece of iconic early-80's Australian performance.
Posted by RdS at 12:41