The little yellow Suzuki was not quite Swift enough.. 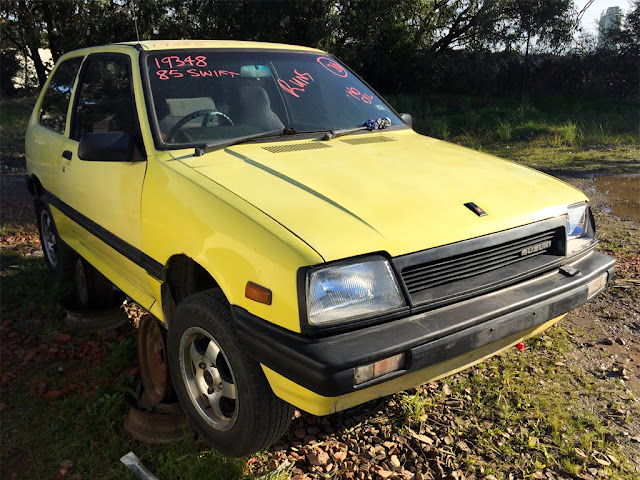 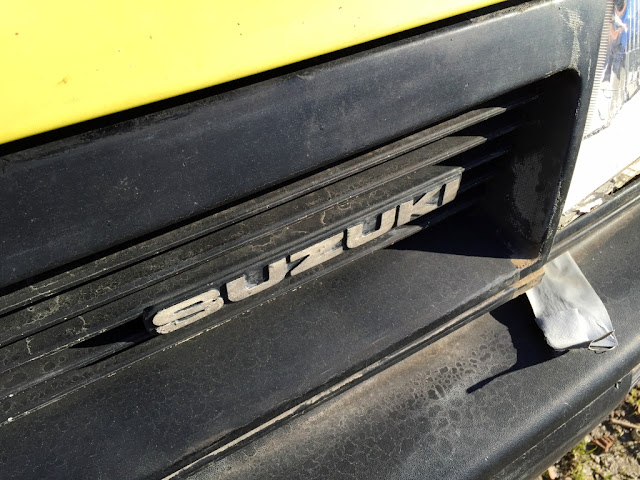 First generation of Swift (Cultus) sold in Australia from 1985 through to 1988. This model was also sold here as a Holden Barina in 5door form.
Both are very rare nowadays, and I just about never see a 3door - which makes it such a shame to see this one here. It was relatively solid and complete, but just worthless.. and likely still only has a very small fan-base.
Its day will probably come one day; but no doubt too late for this poor little yellow example.. 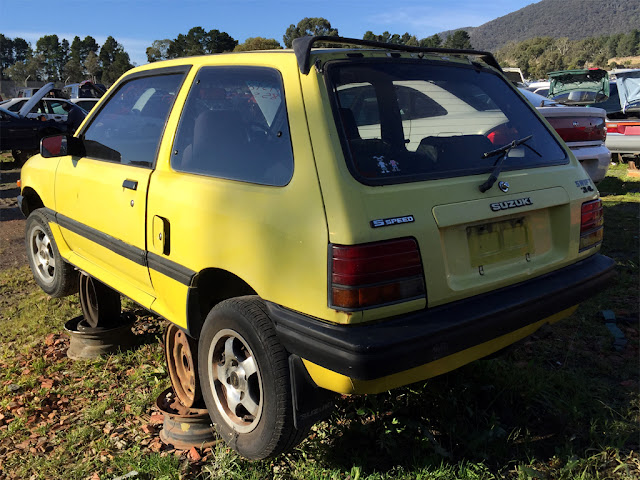 This model seemed fairly high specced; with a 1.3litre, 5spd, spoiler, skirts, etc..
Neat little Suzuki-branded mudflaps there, and a rear wiper is fairly deluxe for an inexpensive commuter in 1985. 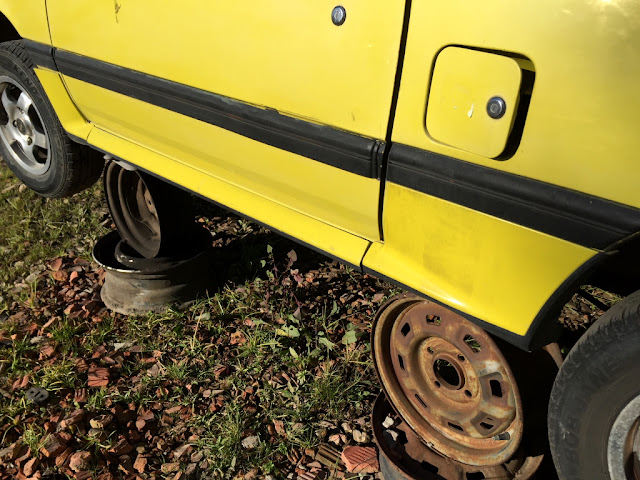 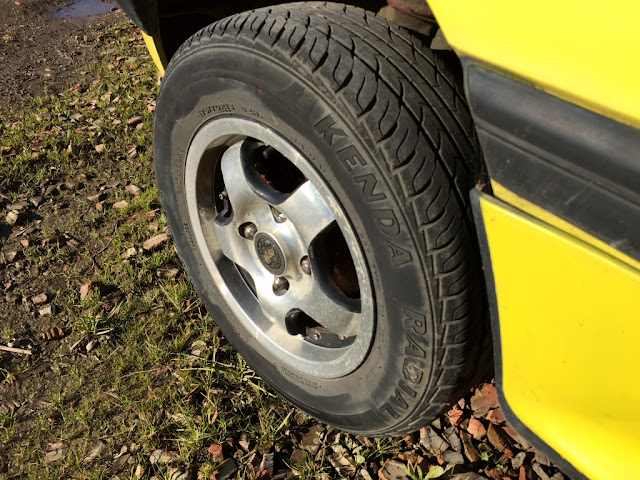 Period(..ish) 13" Australian alloy wheels, replacing what would have been basic 12 or 13" steel wheels. These were made by a company called Delta from memory? 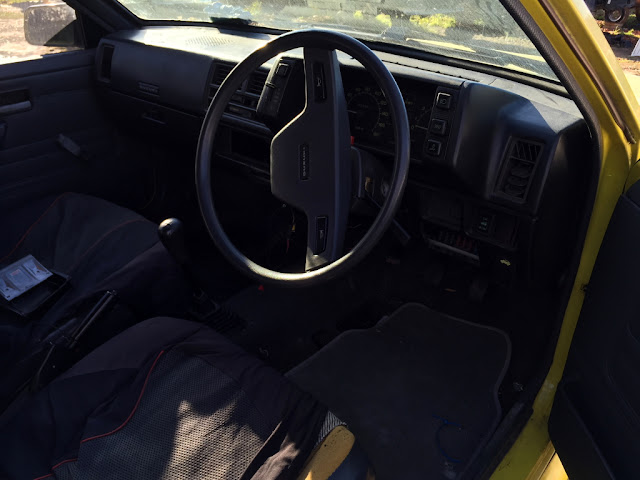 Bit of junk in here, but otherwise all seems rather complete and repairable. Relatively modern looking dash looks around 5 years newer than the car; while the large, un-sporting, two-spoke wheel about 5 years older!
Again, 5speed manual is a bonus, as is the tacho-equipped analogue cluster.


Loved this detail, which was something I had embarrassingly never known! 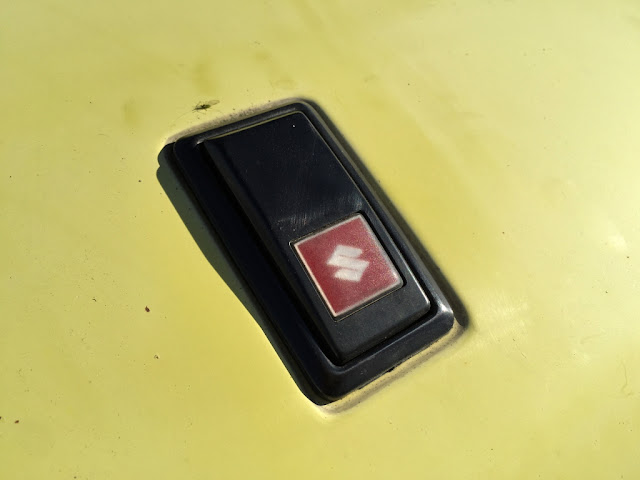 The Suzuki badge on the bonnet... 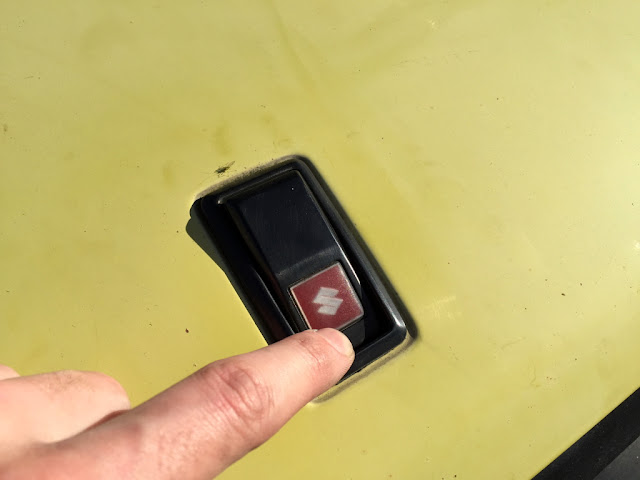 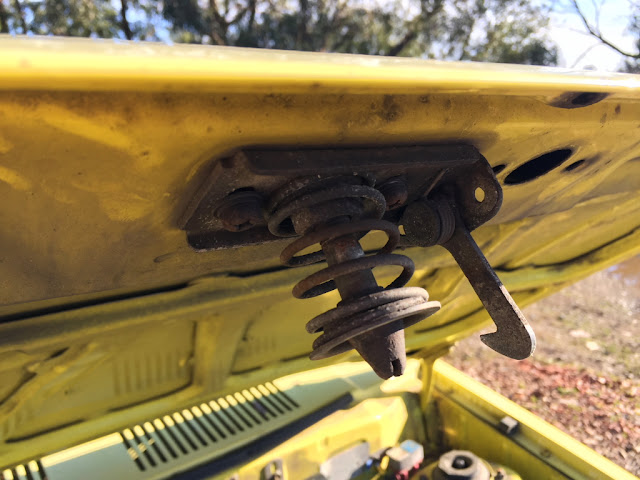 ..releases the bonnet catch! Urgh, such a nice detail. 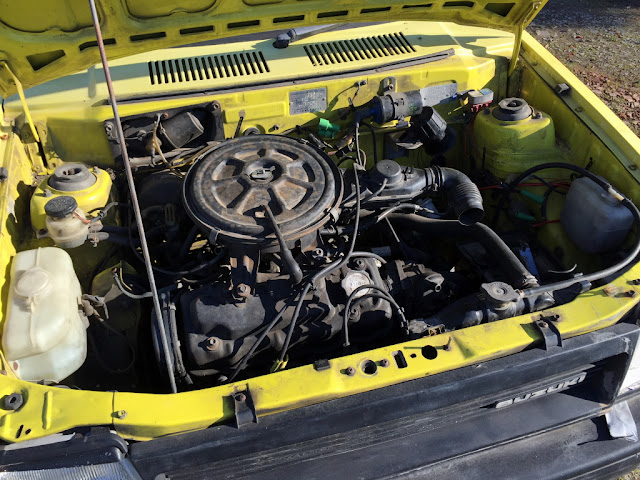 Under that bonnet; the G13A 1.3litre four. This single-cam, 8valve unit produced ~50kw, driving the front wheels.
Mightn't seem like a lot, but then remembering the kerb weight is likely around 700kg..


Its no GTi; but could have been a nice project (different, solid base, good colour, nice spec, etc). Sadly that ship has likely sailed for this one...