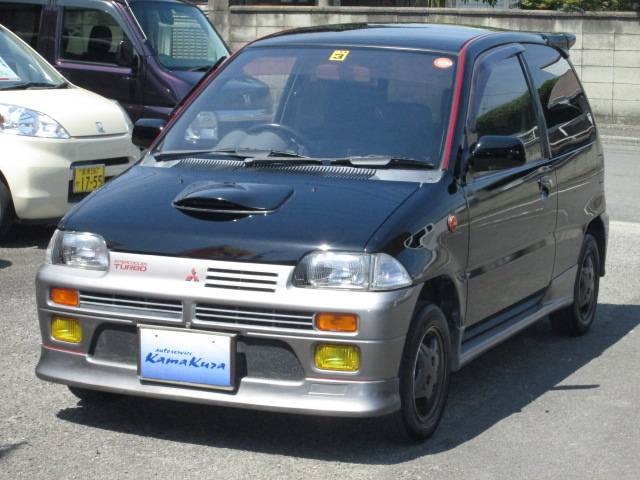 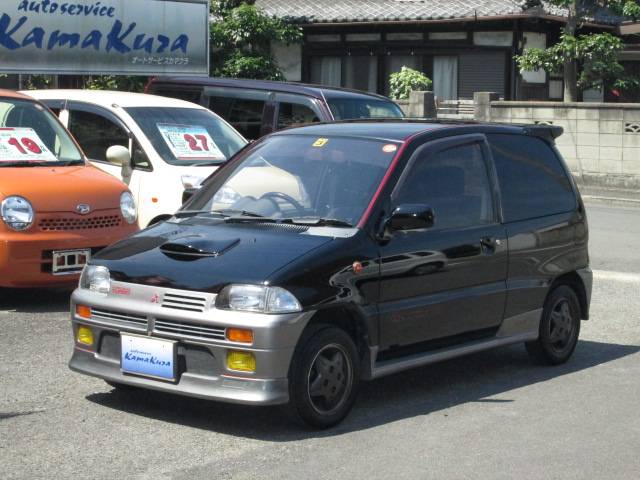 Although it may seem I've already well and truly sided with the CC72 Alto Works in the world of hot oldschool kei cars, these would genuinely have to be right on its tail from a technical standpoint alone...! 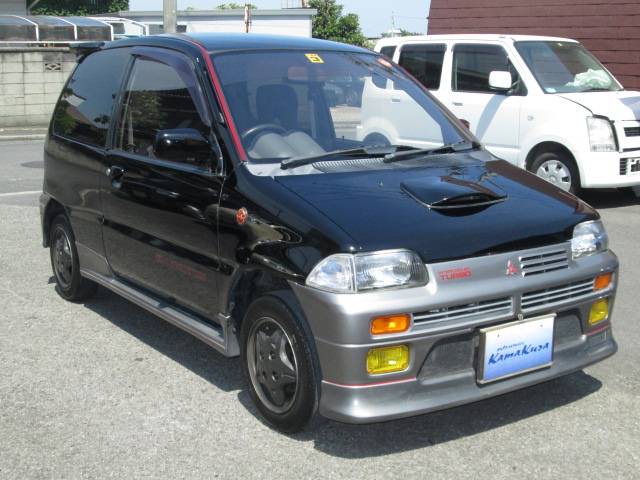 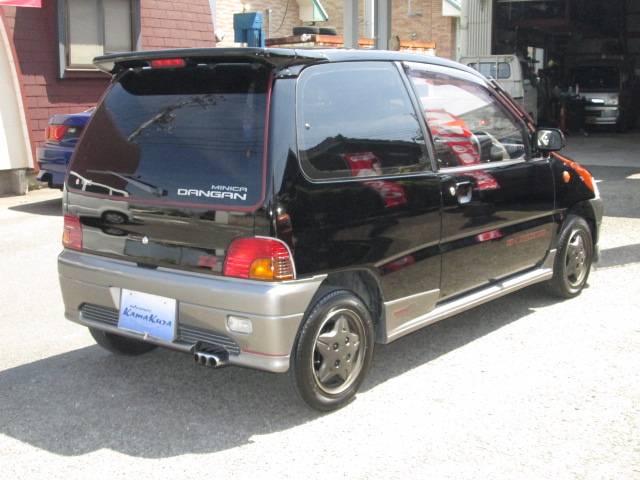 Styling-wise its probably a little less exciting than the edgier alternatives, but still has some great detailing. I like the two-tone aero parts and almost wave-like offset bonnet vent. The asymmetrical grille area, large yellow fogs.. and at the back... that triple exhaust tip piece!
How about the red windscreen side trims that continue into the roof cant-rail/gutter trim pieces, and eventually wrap around the rear screen? A subtle racing stripe of sorts..
The photos probably don't show it too well, but there's also some neat red decal work, including the requisite factory spec list down the door! 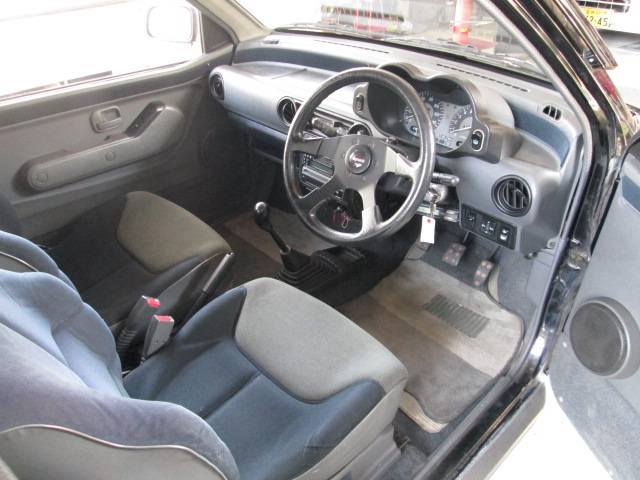 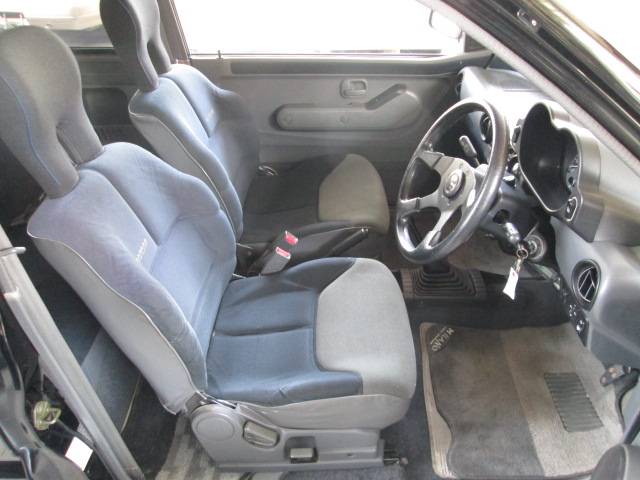 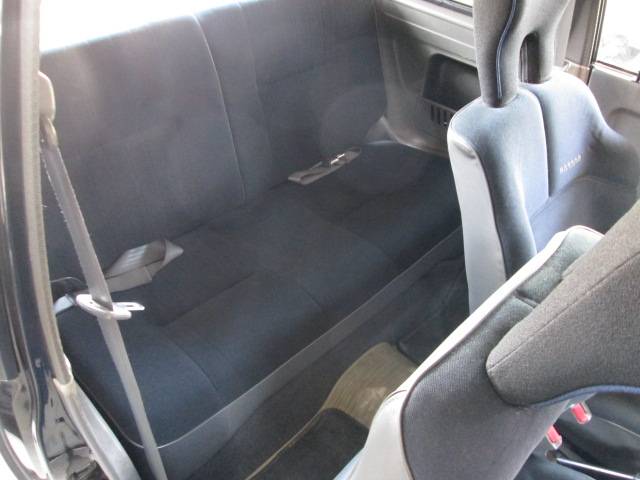 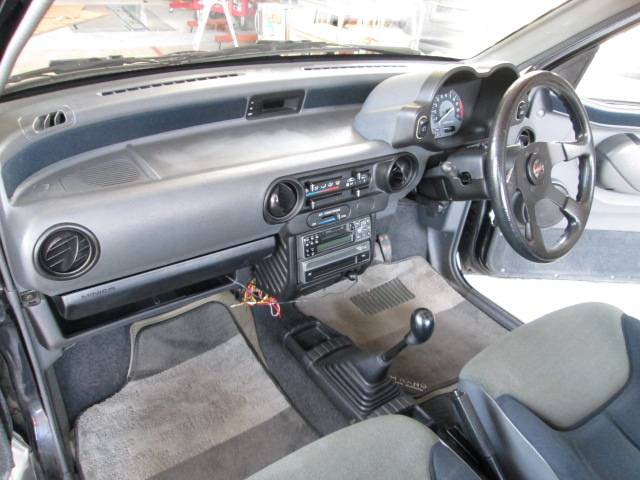 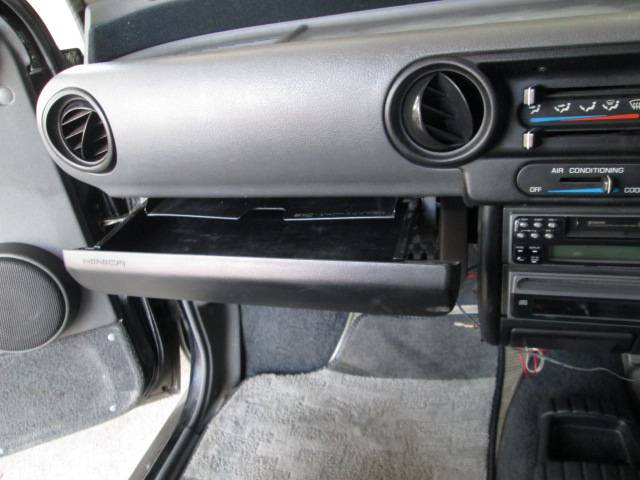 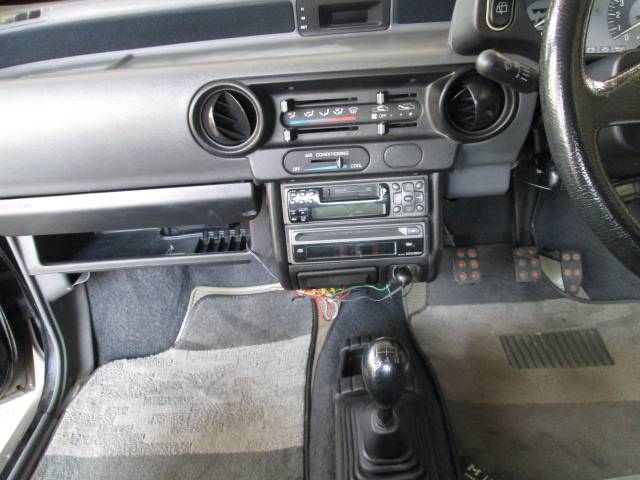 Inside is thoroughly curvy and futuristic.. just really thoughtful styling and great attention to detail - from the curved instrument binnacle to the power window switches and armrests on the door. Neat 4spoke wheel with a Nardi pattern, Little sports pedals with red studs, 11,000rpm tacho, and my favourite part - the glovebox draw! 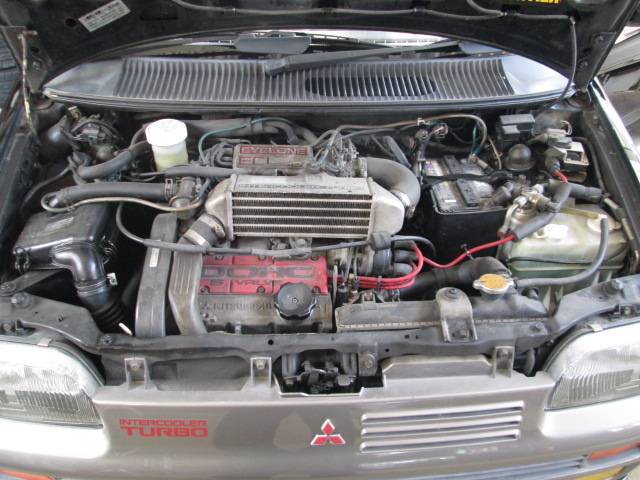 ..what makes the Dangan ZZ just so special to me.
..Remembering to keep in mind this WAS the late 80's, this is one amazing little piece of gear. Mitsubishi's 3G81 Turbo 3cylinder - only 550cc, twin-cam head with five valves per cylinder, a turbo, and that little upright air-to-air intercooler.. culminating in 47kw @ 7500rpm  and 75nm of torque @ 4500rpm.. all on its way to a 9000rpm redline!

What a great little thing.

Definitely seem to be somewhat underappreciated though; and as such what looks to be such a solid original example, is currently for sale at a dealer in Japan for only ~380,000yen!
Sadly these are all (just) 1989-onwards, and don't have SEVS import approval.. so pictures like these are probably the closest I'll ever come to seeing one...