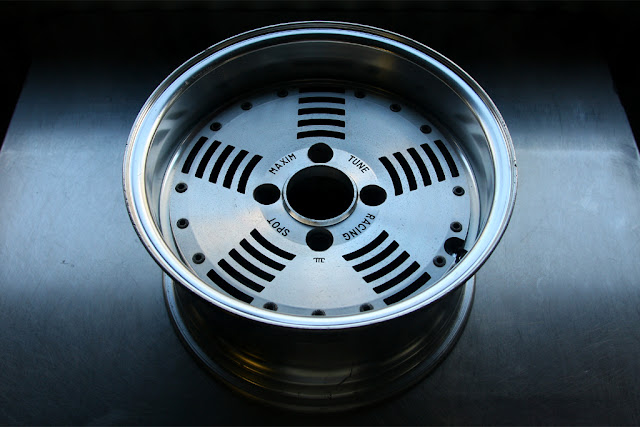 Here's one I've been sitting on for a while.
...No, not literally obviously.. not that it needed clarification, but more as a 'yes, I see the joke.. and would have rather ignored it' kind of thing..

Bought these off Yahoo Japan sometime early last year. Listed (incorrectly) as a 15" pair, and were for sale around the same time as a blue-painted set.. impressive since these are otherwise very rare.
Got them, cleaned them, and took these photos. This was back in July last year - the middle of winter - hence the total lack of warmth (colour) in these pics...
..but I still hadn't done anything with them.
I'd had to hold off as I seriously (and surprisingly) struggled to find out anything concrete on these wheels. No kidding.. short of knowing they're made by SSR for a company named some variation of 'Maxim', there's very little out there..
What I do know by this stage is hopefully enough to be interesting, and will get the ball rolling getting this sorted. I guarantee I WILL update this when I find out more.. and since it's not bloody magic, I know eventually I will... 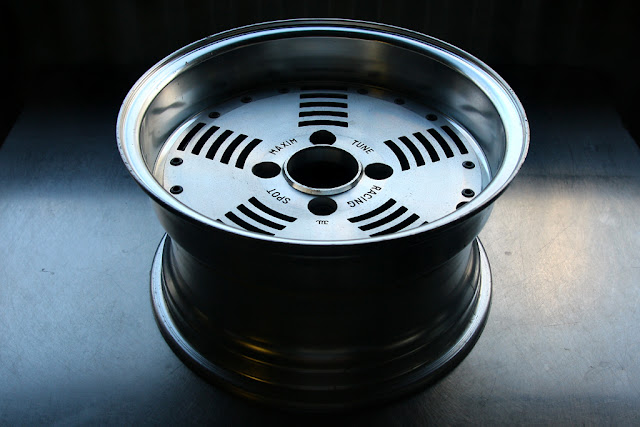 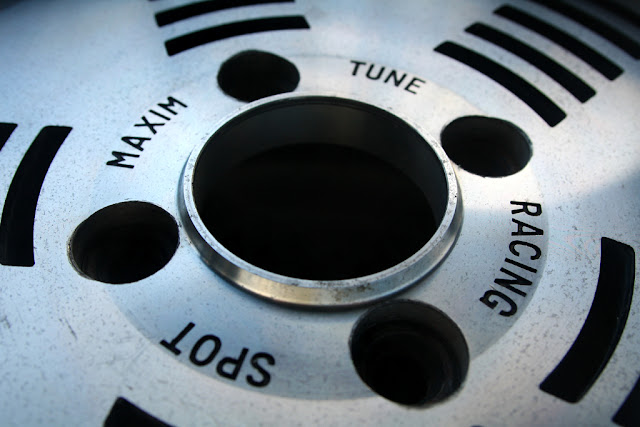 'Spot Tune' or 'Tune Spot' alongside the Maxim Racing name around the centrebore.
These use a standard SSR castellated-style centre-cap from what I've seen, as used on the Formula Mesh in this era (and through to today). It's chrome, with the Maxim logo in red on the centre decal.
There is also quite possibly an aero-cover / 'turbofan' available (or simply missing here), with large 'MAXIM RACING' lettering. It's at the least not obvious how it is supposed to mount to the face, and doesn't otherwise give any indication that it's missing. 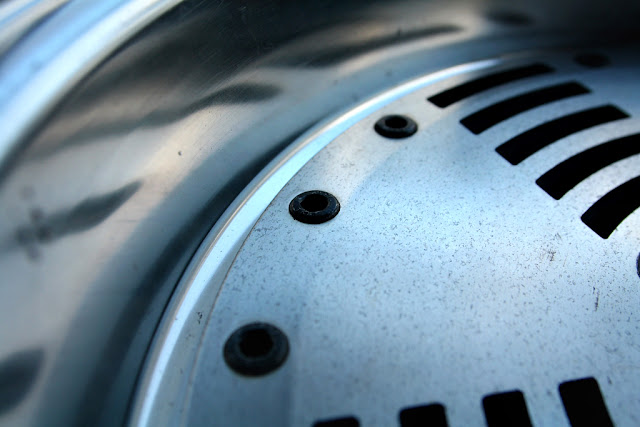 Impressively perfect fit between the head of the fasteners and the face. Beautiful.. 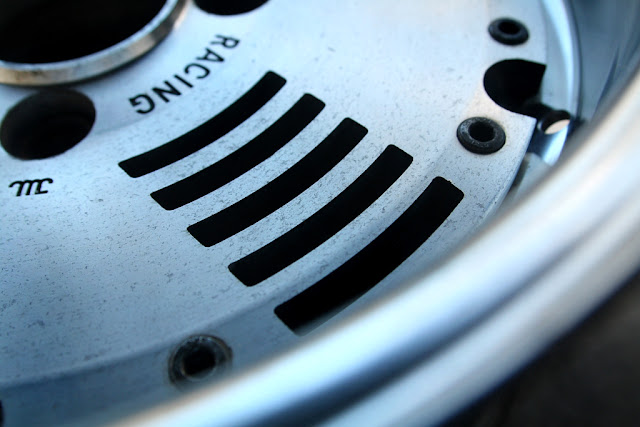 In the style of the BMW M1.. and to a lesser extent the AME Turbo/781 or Advan A3C.
Concentric slots giving the vague image of a 5-spoke wheel. I really like this design.. 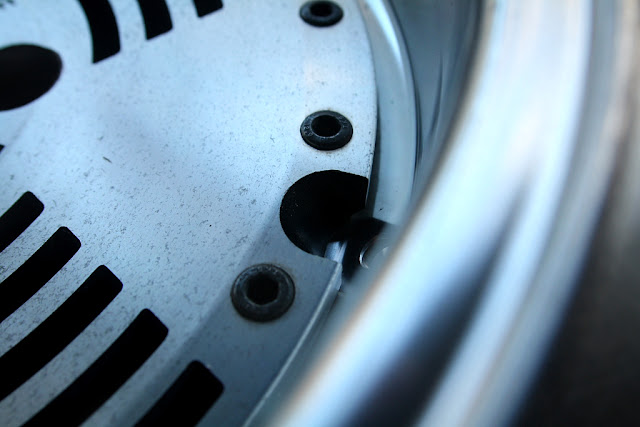 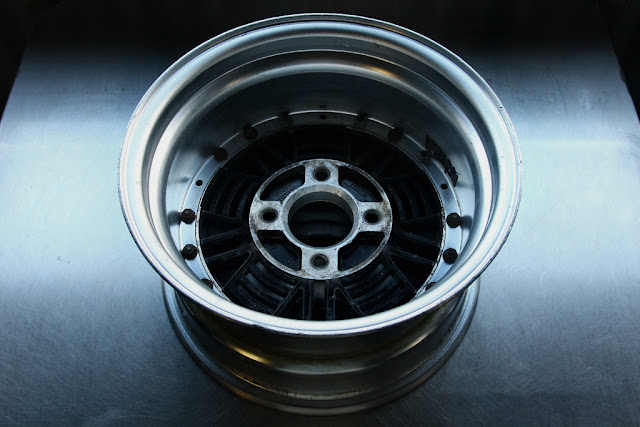 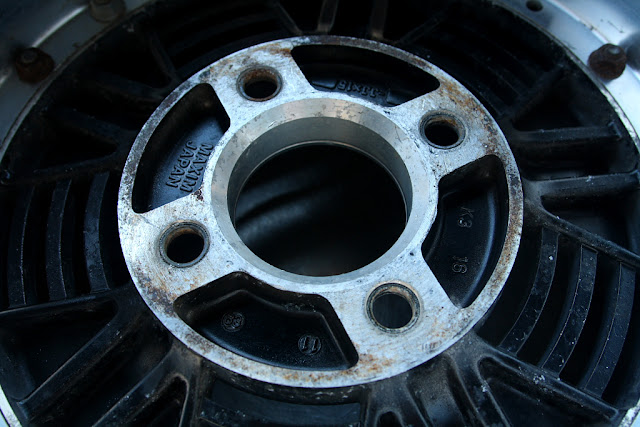 ..and I think the back of the face looks just as good.
This shows how the whole face is painted black, with the front then fully machined to highlight the slots and lettering.. 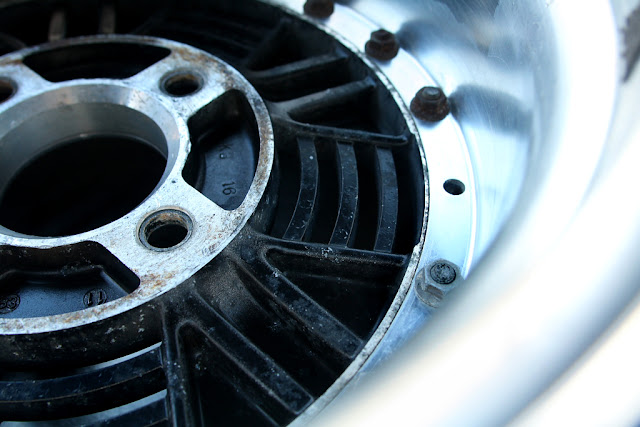 Sets of 5 slots on the front of the face, but only 4 on the back. The outermost slot isn't cut all the way through, and its placement doesn't allow for a fastener in each of those 5 locations (despite there being holes for them in the standard SSR barrel). When function follows form... 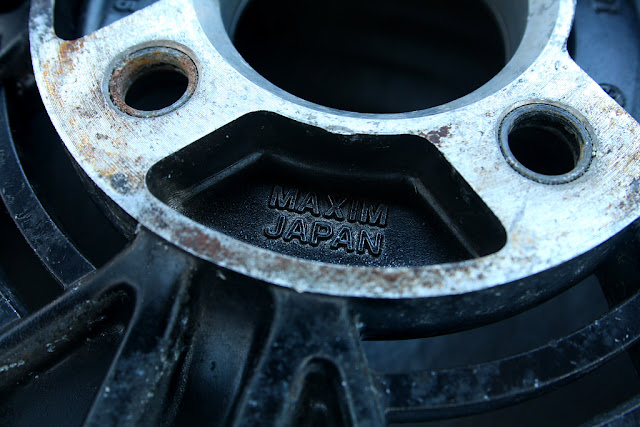 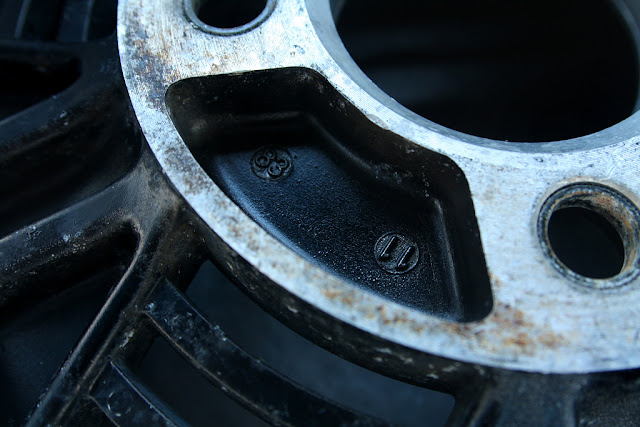 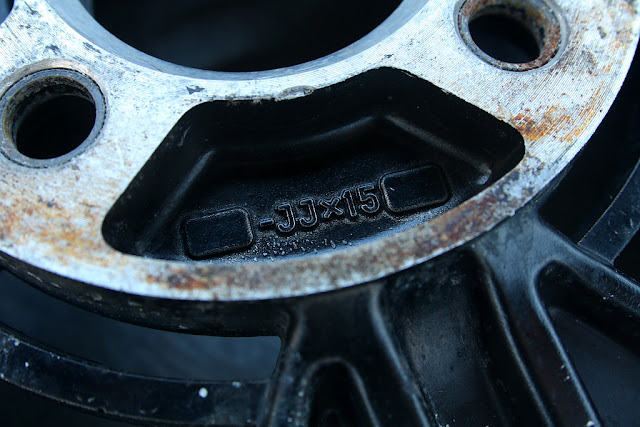 A face designed for standard mounting.
Reverse mounted in a flat barrel, the same face becomes a 14", as is the case here. This is how it had been accidentally listed as a 15" - A little annoying, but happens now and then.. 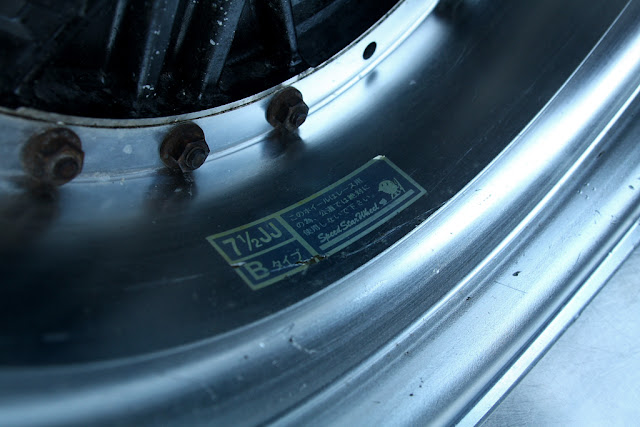 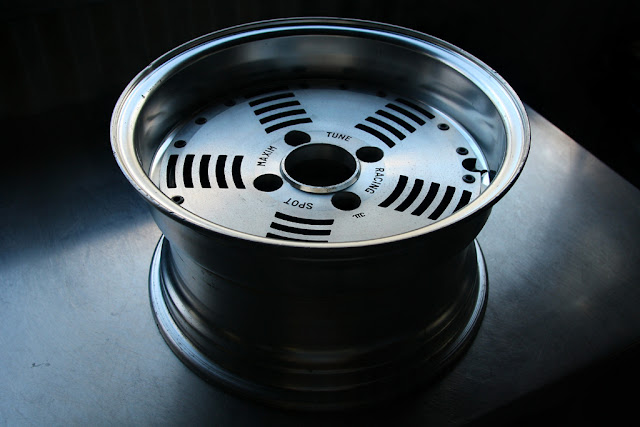 ..and done - for now at least.
As mentioned above, I will come back an update this as I find out more.

..until then? Just try and enjoy the pictures I guess!