A little more on the Impul Pro-Mesh.
Still not a proper post on these yet.. but I'll no doubt get to it eventually. I just have to, right? I'd always held off taking the pics as the wheels still had tyres on them, having ummed and aahed over stripping the tyres since I felt like they only added to the wheels. Last decision was to keep them, so may have to do a different photoset location (instead of the usual stainless table) to suit the tyre!

These pictures here are crosspost-somewhat of a couple pics I posted on Instagram over the last couple days, as I was well chuffed with the thoroughness of it all. Wheel advert, actual wheel and tyre, tyre advert. Went well!

So to shamelessly repeat: 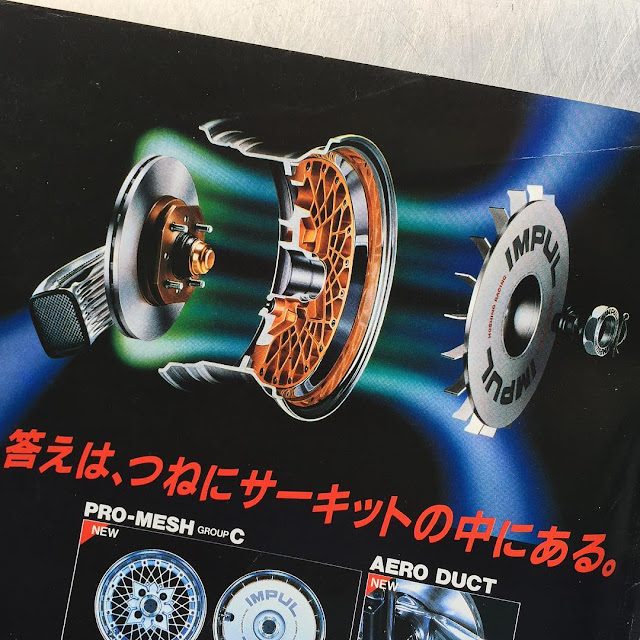 Impul Pro-mesh, 1983; with not only their aero covers, but a duct mounted behind the rotor to get the air flow started..! I have a really nice set of these (posted further down the page) which now suddenly feels incomplete. Ignorance is bliss?

..Dug out the Pro-Mesh mentioned in the previous picture; a quick video of removing the cover (..no pin, no screws.. we've only got 15seconds to work with here..!) and the disappointment of no brake/airduct sitting behind it..! These are a 1985 set.. all original, and still in a set of (surprisingly healthy looking..!) Pirelli P6... 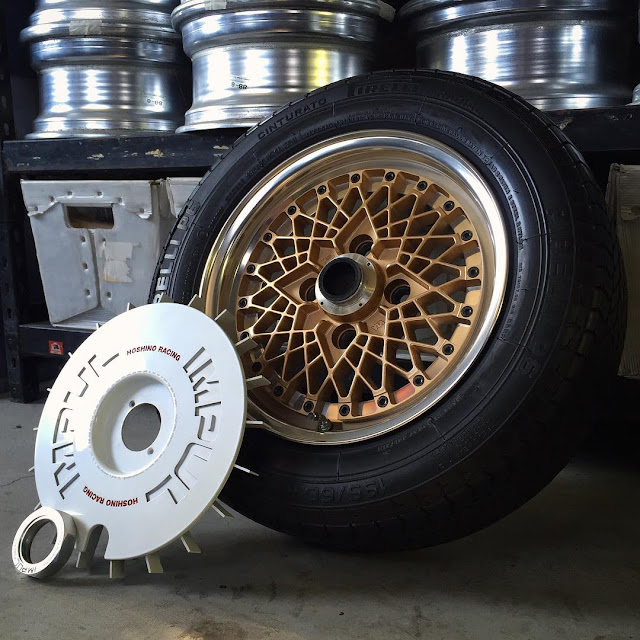 One more of the Impuls from yesterday - a picture to go with the video, which I'd intended to post ~12hours ago. Better late than... well, probably about 3 weeks time.. but ehh! Impul Pro-Mesh, 1985; locking nut and aero cover (turbofan) removed. The black plastic faux centrelock stub piece is reversed in the centre there, while the aero cover (additional) securing screws and split pin are not shown. Hoshino Racing... 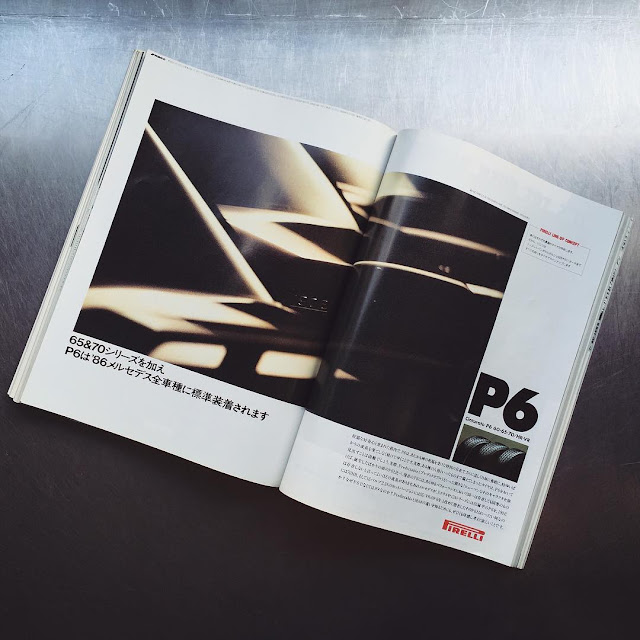 1986 advert for the Pirelli Cinturato P6, as are on the Impuls I posted earlier. Two page, full colour, and a lineup of barely-identifiable Mercedes sedans. The text in the lower corner talks about how they're fitted to the S-Class, 124-series, and the 'hot' version of the 190E - the 2.3-16(valve). Cool to be able to wrap this up nicely! Wheel advert, actual wheel and tyre, tyre advert - any questions? Heh...

..and that's it really.
I know it seems lazy just to repeat the same text/pictures here.. but ehhrgh.. like I said - I was proud of it.
Otherwise you'll just have to wait until I finally get around to a picture-set of these. Have had them for a couple(..ish?) years now, and are seriously a bloody lovely set. Used, but just about as-new; 14", 1985-production, and a period-correct set of Pirelli P6's. Good fun.