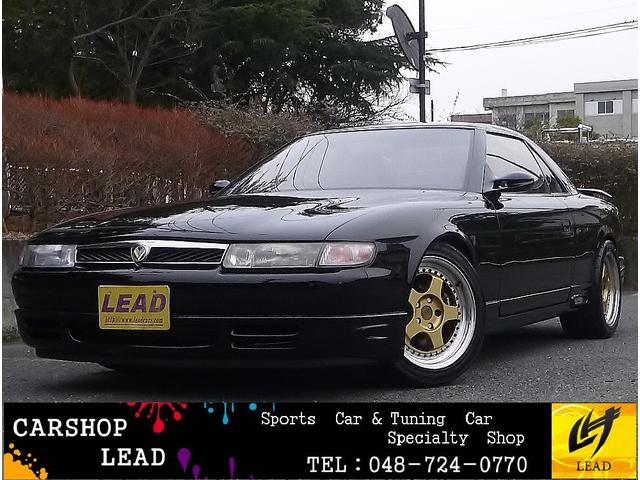 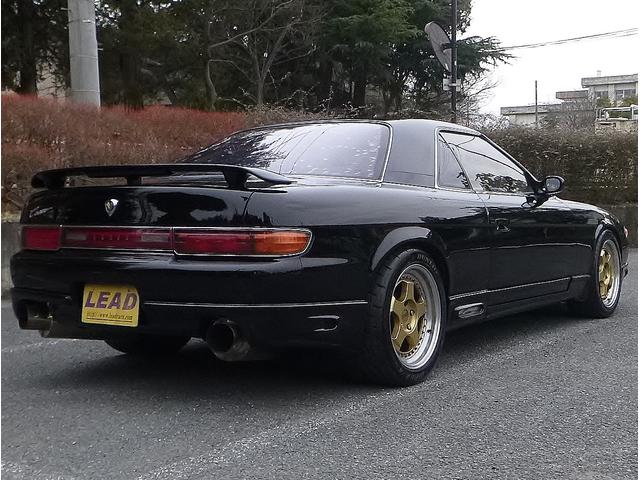 1990 JC Eunos Cosmo 20B Type-S.
Absolute top of the market at the moment, currently for sale in Japan (Saitama, not far out of Tokyo) at CARSHOP LEAD for ~3.3million yen. 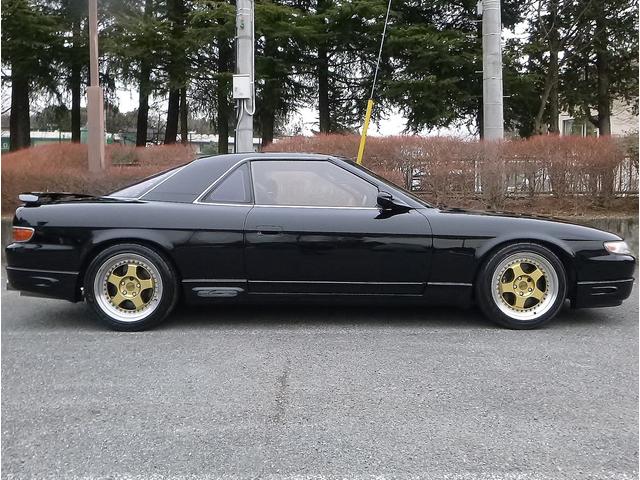 A September 1990 build for this car makes it quite early production for the fourth generation Cosmo, introduced some time that year.
Available in both Type-E and Type-S trim, and powered by either a 13B twin-turbo twin-rotor, or a 20B twin-turbo triple-rotor - both mated to a 4spd auto only. Variants ending in 'CCS' had the 'Car Communication System' (identifiable by an antenna unit above the rear windscreen).. and later in its 6 year production run there was also a Type-SX variant..
..But no, lets keep it simple here. Early cars.. essentially Type E | Type S. This particular car being a 20B Type-S, non CCS. 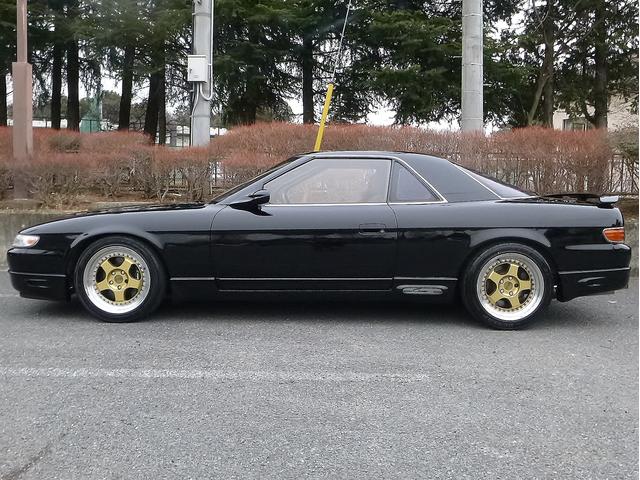 Gran Turismo in the late 90's was my first introduction to these, and I'm  genuinely still VERY fond of them. I think they look absolutely fantastic, the 20B makes them king of all Rotors, and an (unintentional?) short, limited production run, makes them something very special to see.
I remember driving across the other side of town ~early 2006, to look at a tired 20B Type-E CCS one that was for sale. Was 6 or 8 grand from memory - painfully cheap - and probably ended up being parted for the 20B. Let's hope not.

This car - not simply a perfect stock example - takes the appeal up a notch in a different way: as a 90's era modified high-speed machine. Its just SO damn lush... 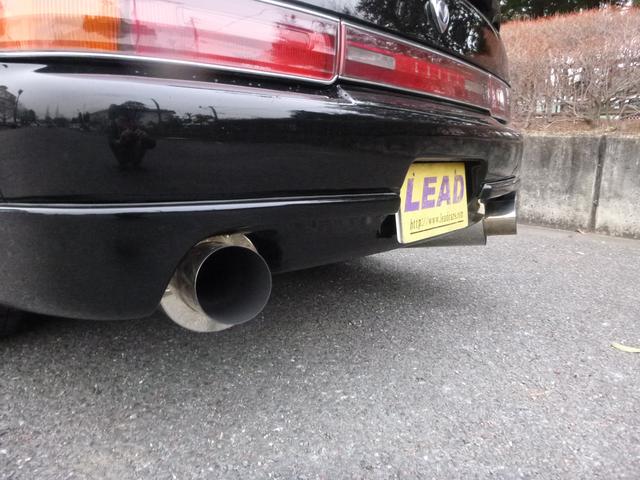 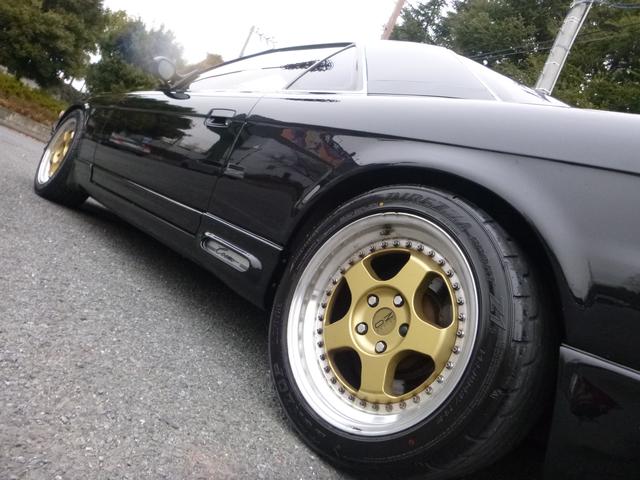 Large exhausts and an absolutely spot-on set of OZ Pegasus wheels are the only exterior modifications.. 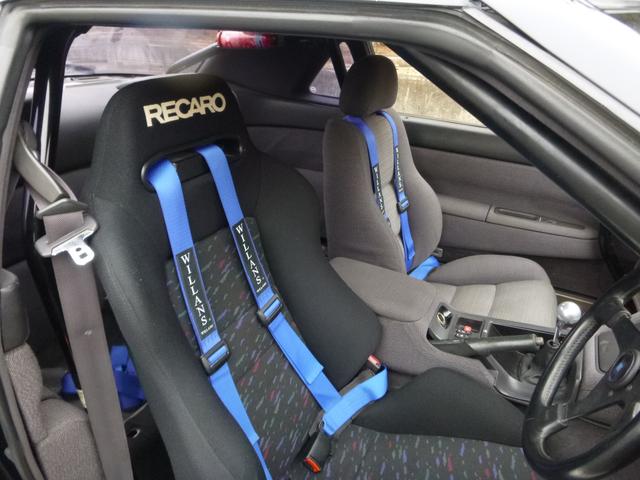 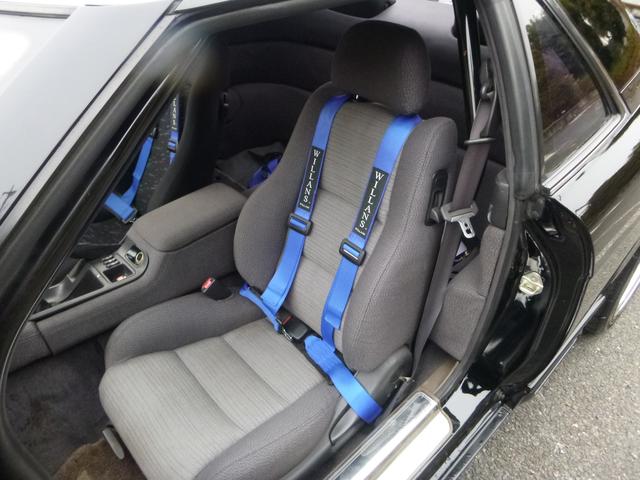 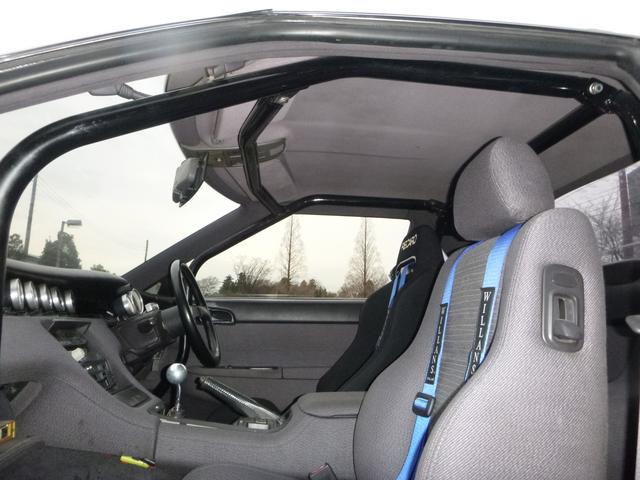 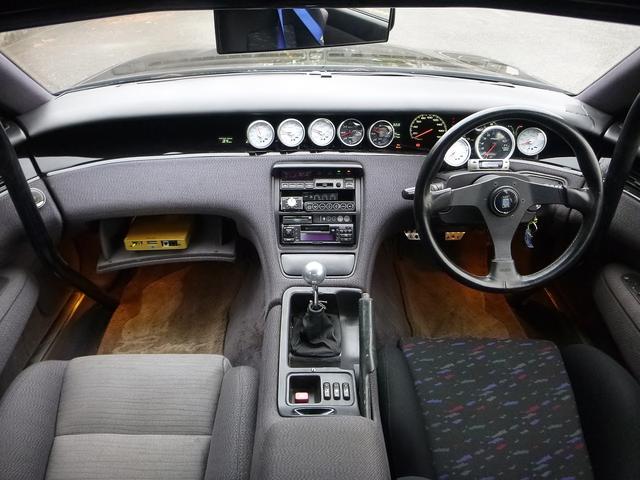 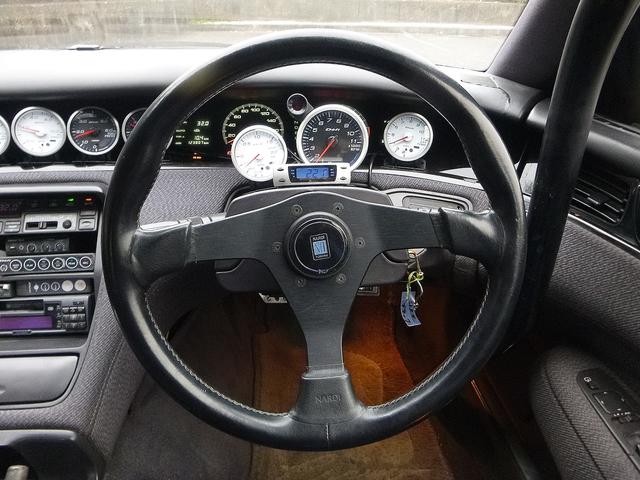 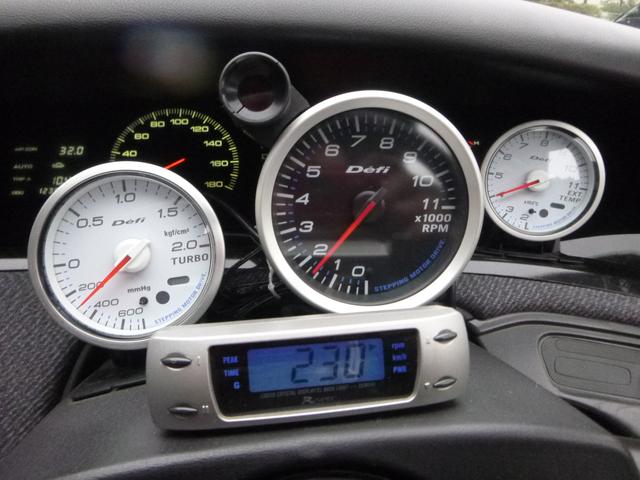 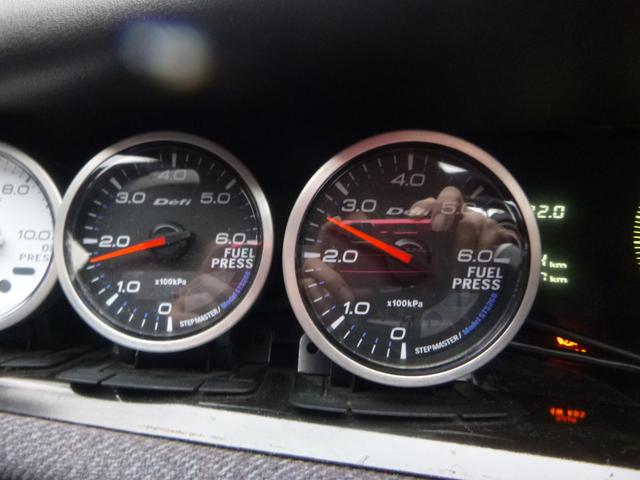 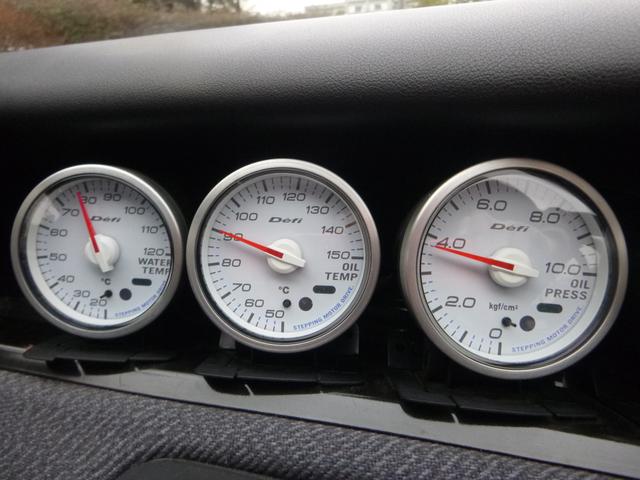 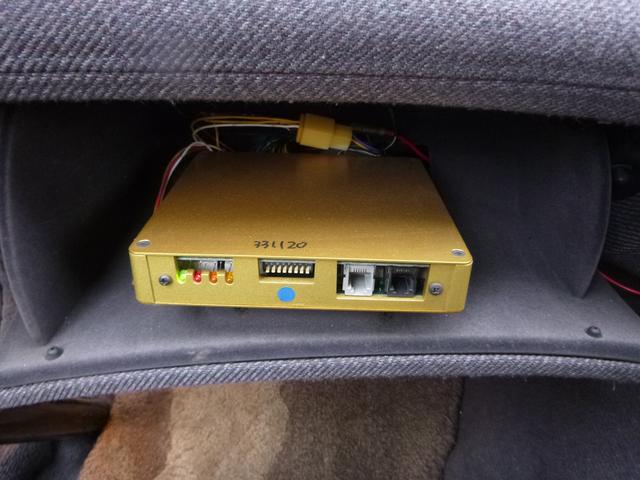 ..but a look through the window would start to tell a different story.
The auto has made way for a manual, there's a bolt-in cage, a confetti Recaro SR and a pair of harnesses, a Nardi wheel, and a plethora of gauges, computers, and controllers - all as if pulled straight from a 90's HyperREV. 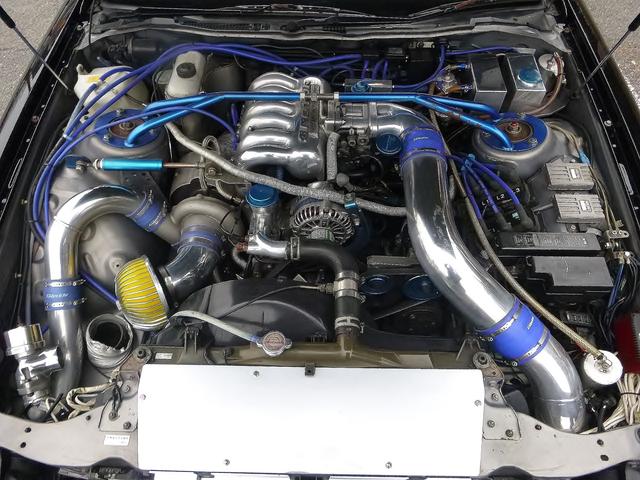 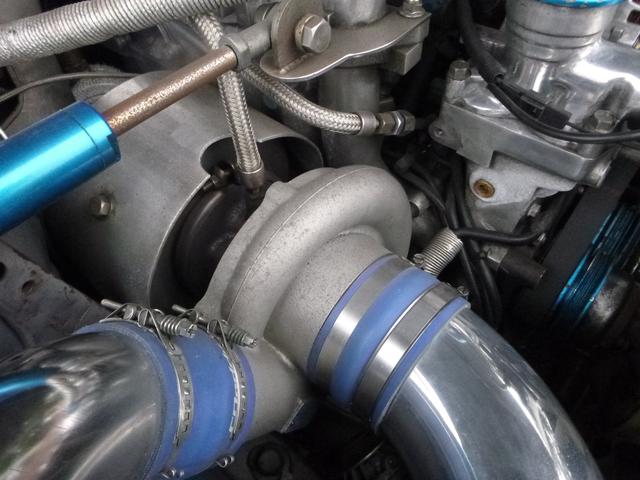 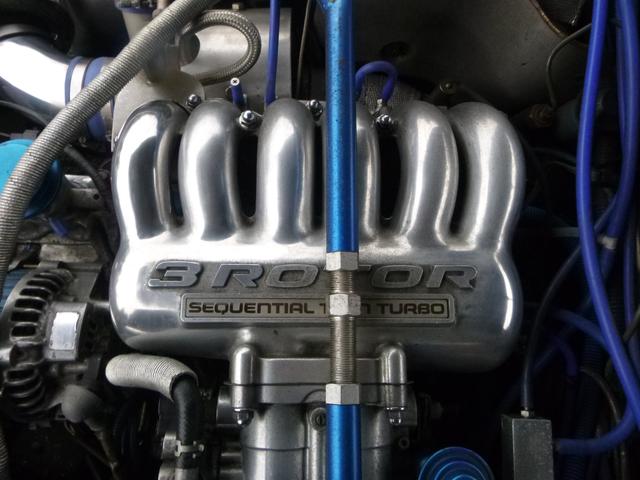 ..all supporting what's under that bonnet. The desirable 20B car has lost its 'Sequential Twin Turbo' setup, replaced by a very large single. A classic yellow Trust AIRNIX stands out amongst a sea of blue colour-matching; and then there's those cooler hardpipes - I think I could fit my leg in that cold side!
All looks to be done very neatly. It looks quality. It looks fast.