..a chance anyone playing nugget-limited-edition bingo would absolutely die for.. 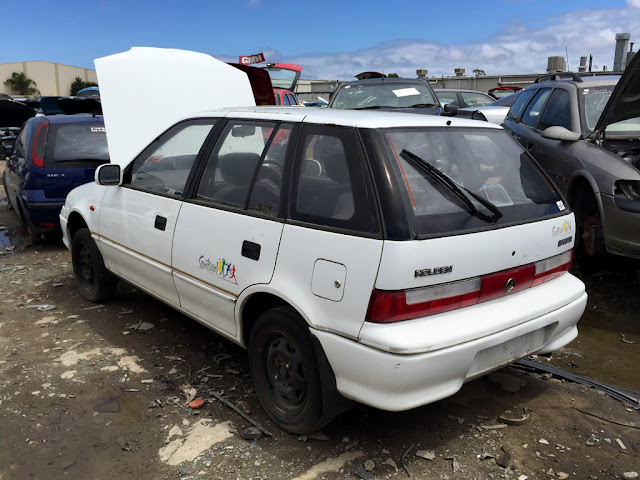 *..unghf..*
One of the handful of hilariously-obscure brand tie-in special editions to grace the Australian market in the late 80's and early 90's. In this prestigious world of Carla Zampatti Laser/Meteors, Mizuno Charades, and Reebok Pulsars; this is definitely one of the key players.. and one I've been keeping my eyes open for, for a LONG time.. 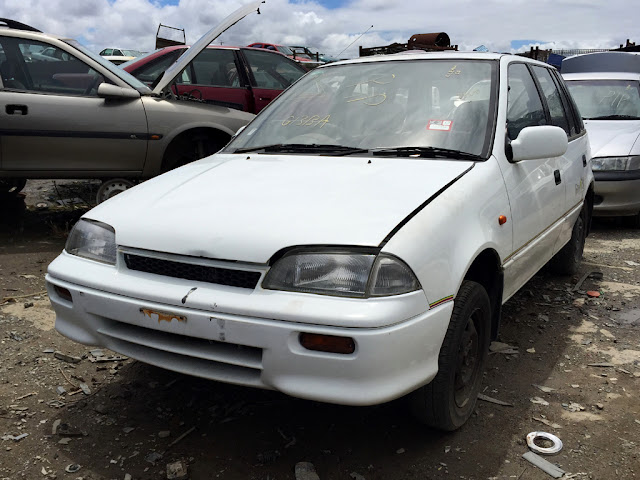 1992 MH Holden Barina Sportsgirl.
Local badge-engineered version of the second-generation Suzuki Cultus/Swift, introduced in 1988. This was the second and last Barina to be based on Suzuki's Swift, with both generations of the little Suzuki forming the basis of many GM-branded variants.
Yet I have no doubt, the hundreds of millions of GM/Suzuki dollars spent over 10+ years developing the two generations, was working towards this point.. right.. here.
..1992..
..and the Sportsgirl limited edition. 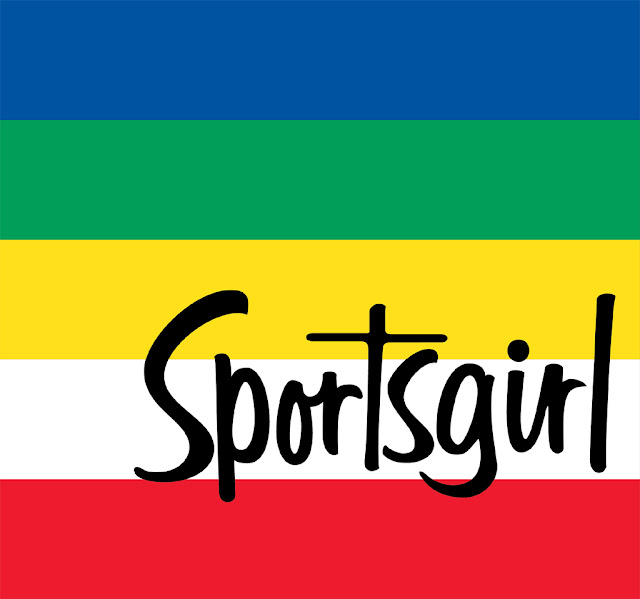 To anyone that has never heard of it; Sportsgirl was/is an Australian women's fashion brand, and chain of clothing stores. I don't really know a whole lot about it; but its more than enough to find their branding on a small hatchback hilarious - a sure-fire way to absolutely exclude any male buyers in its day!


ANYWAY..
I spotted this gem at the wreckers last weekend, amongst a handful of Holden's drearier re-badged GM-world products.. and almost gave it a pass from a distance. White with black steelies? Surely it's just another basic Barina?
Always worth a look though, and I'm glad I did! You should've seen my grin when I spotted those decals... 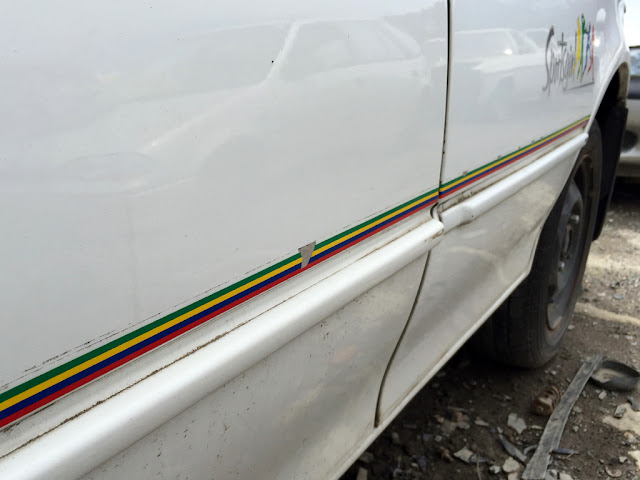 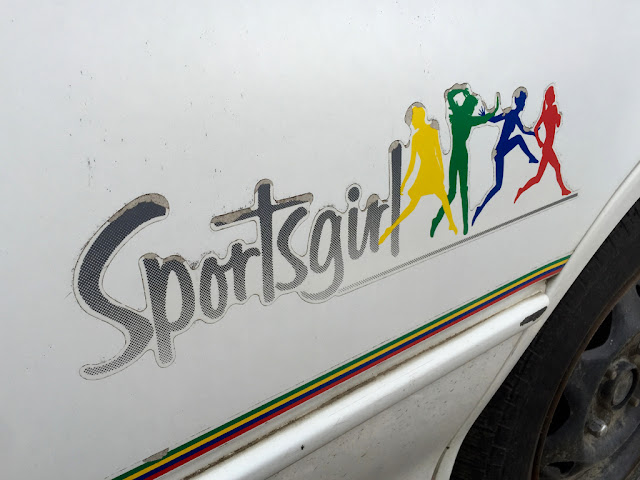 ...and decal on the rear door.
Love that gradient... 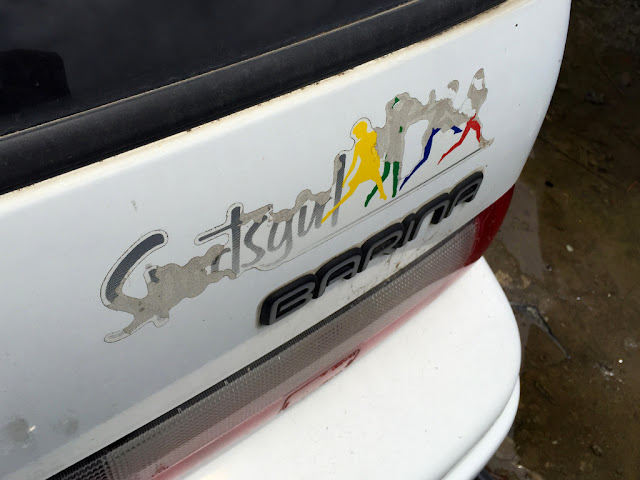 Making my way around the rear, and another decal on the hatch... 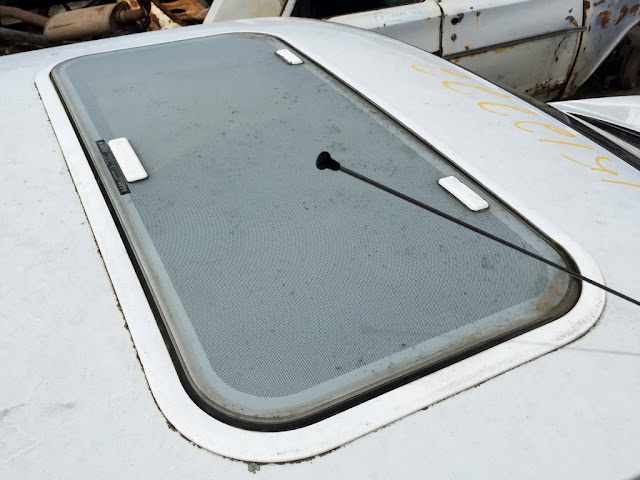 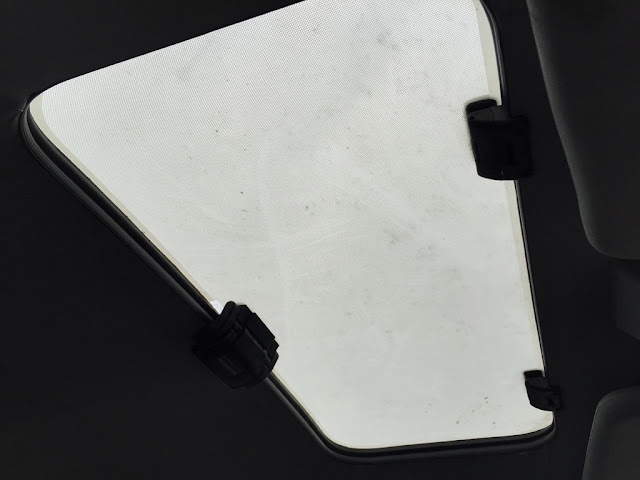 The pop-up sunroof - part of the Sportgirl limited edition... 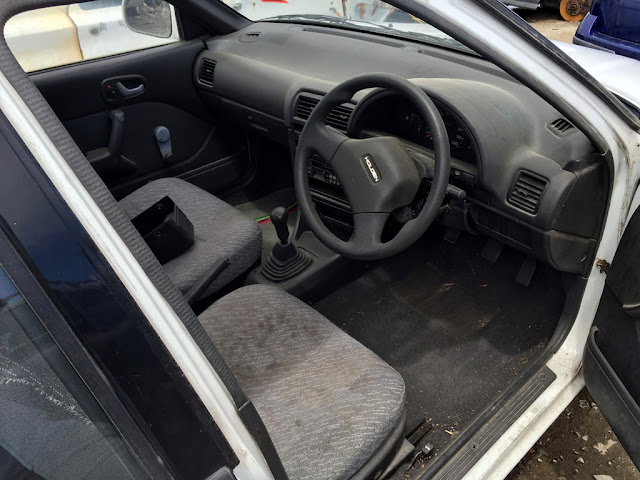 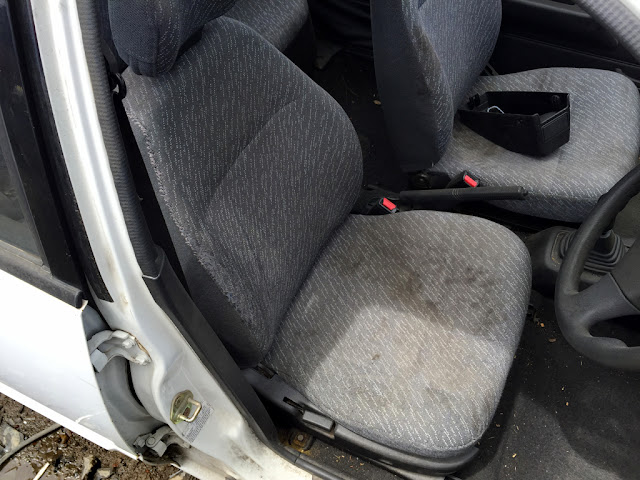 ..otherwise fairly standard fare in here. Dirty, but essentially in quite nice shape, and completely original to boot..! 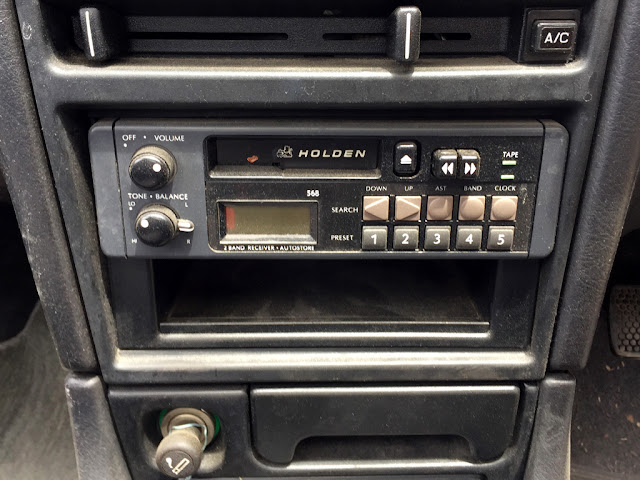 The Holden-branded tapedeck.
Interestingly seems to be the same unit that is fitted to local N13 Pulsars, and as is in the Reebok Pulsar post from a couple months ago.. 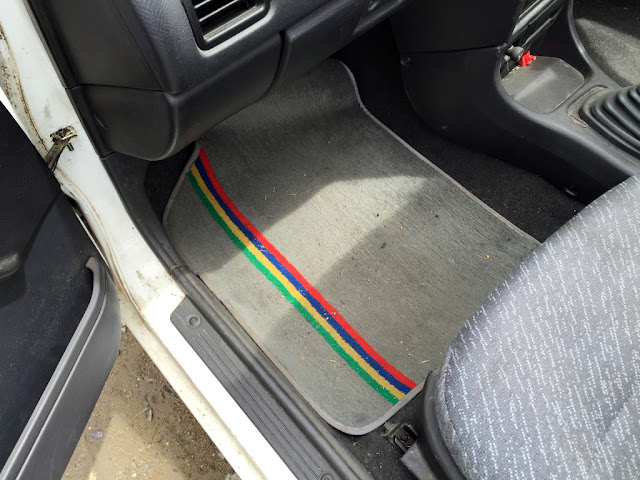 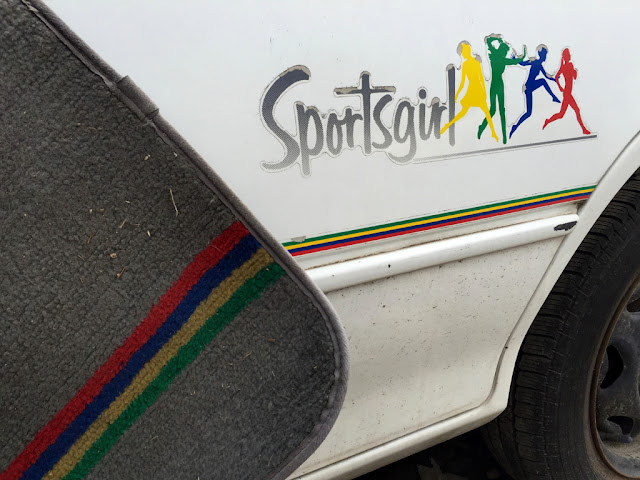 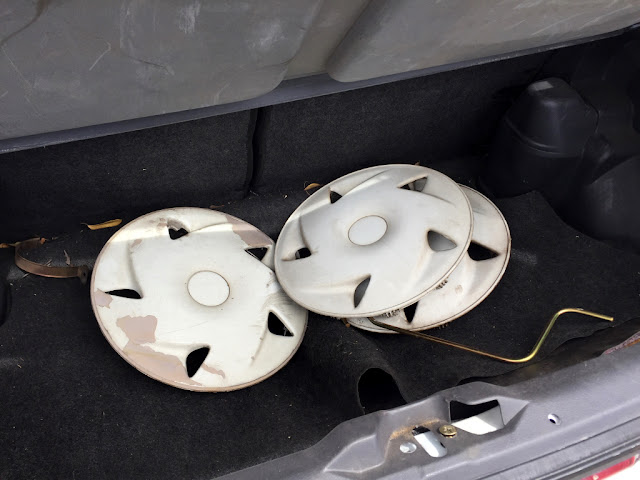 ...pop the rear hatch, and the excitement continues - there's the original hubcaps! 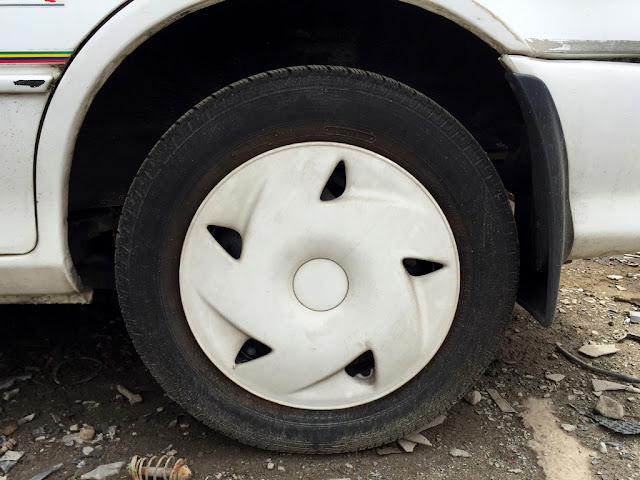 ..because I can't help myself.. 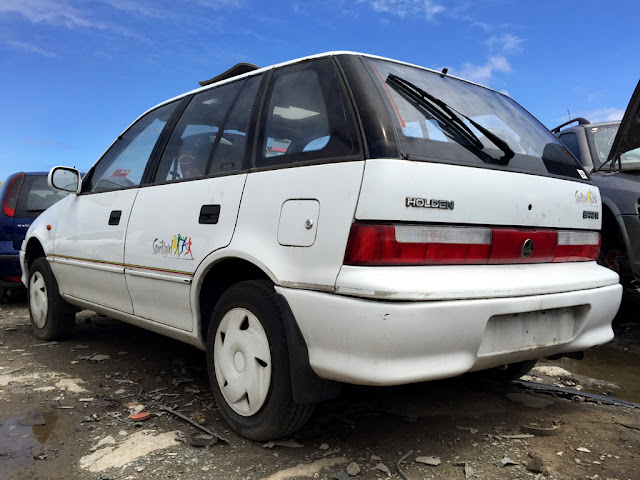 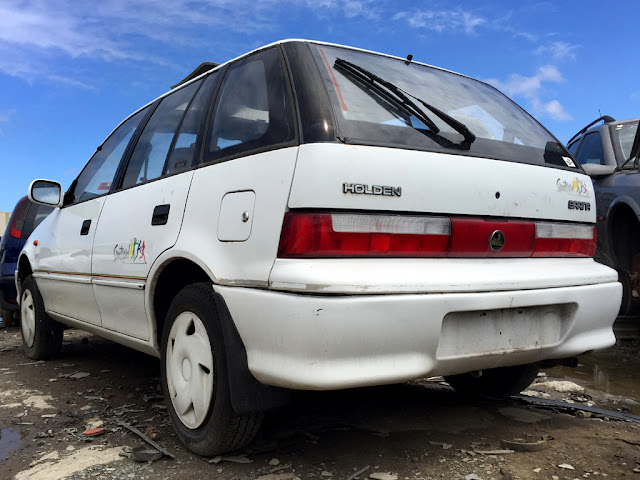 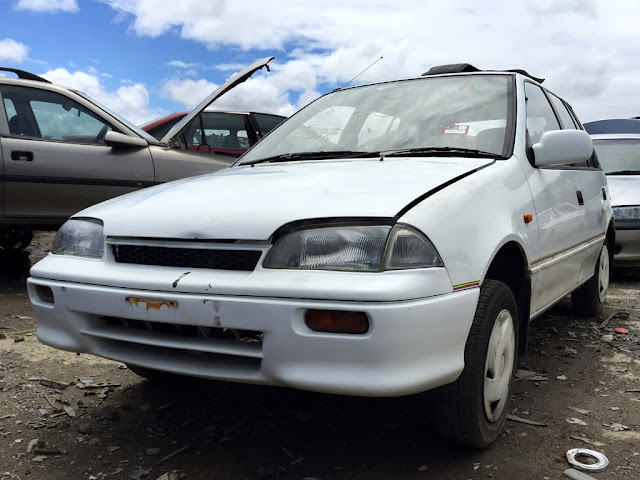 Done! SO damn stoked with this..

Otherwise, it's all familiar small-Suzuki here. These were powered by the single-cam, 8valve, carb-fed, 1.3litre G13BA four; driving the front wheels through a 5spd manual (good - like this one!) or 3spd auto (..sad times). Minimal power, but weighing well under a ton meant punting these around was definitely a bit of fun..! 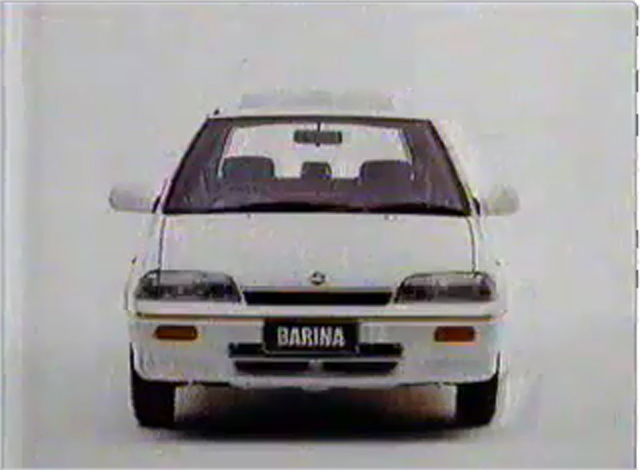 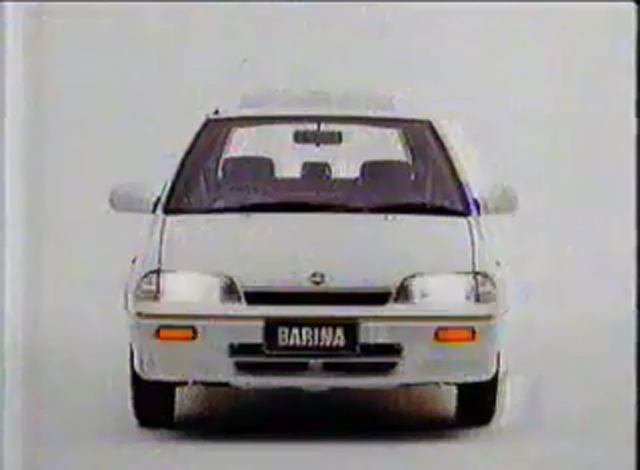 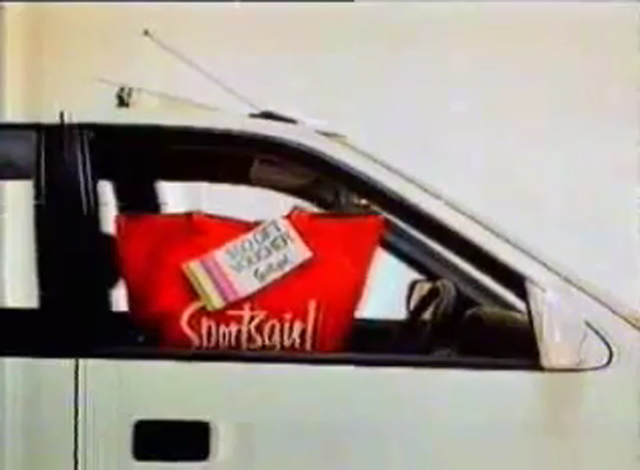 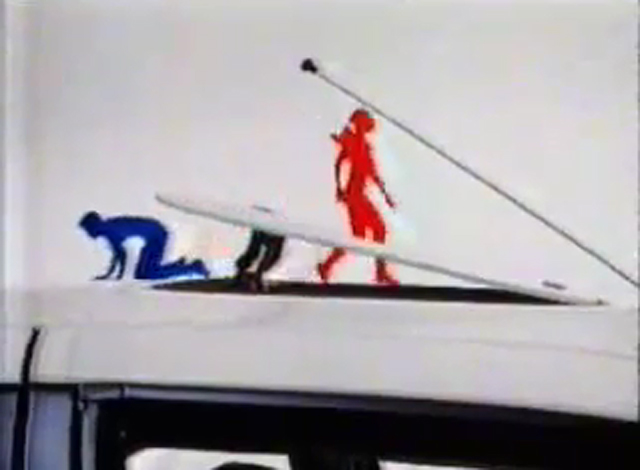 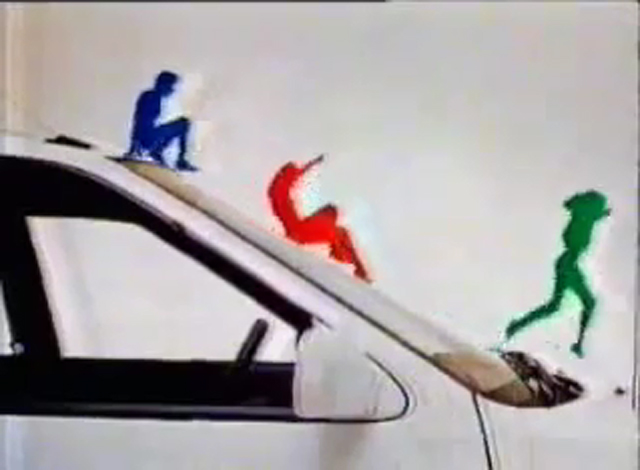 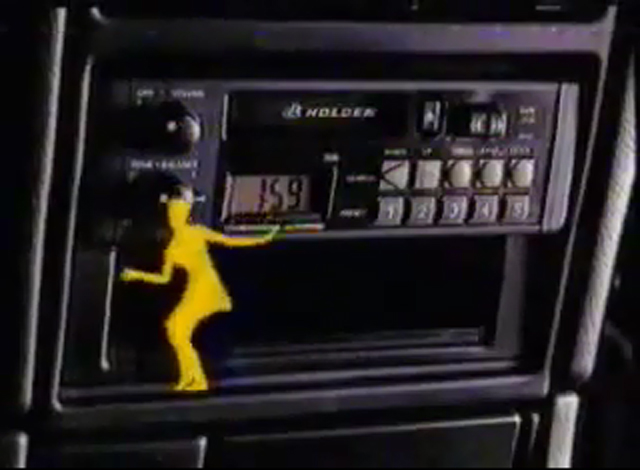 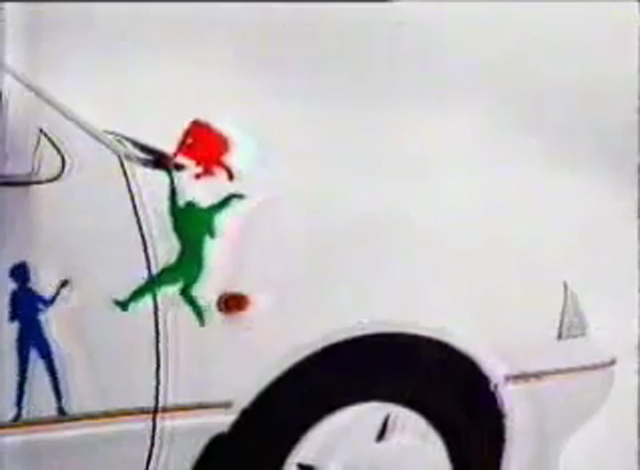 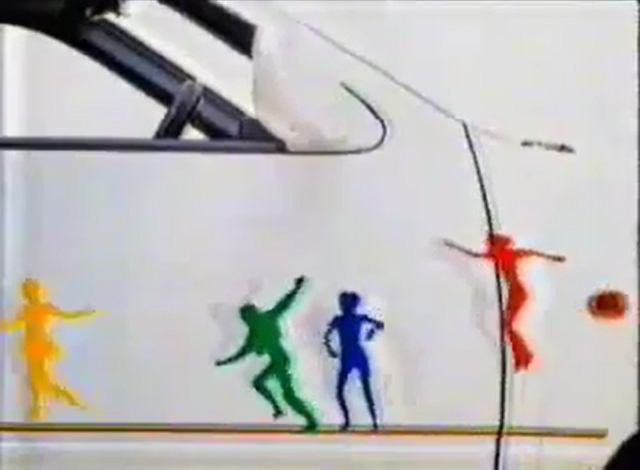 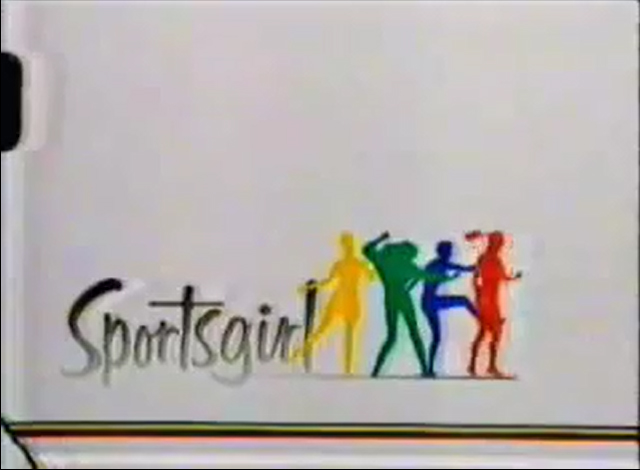 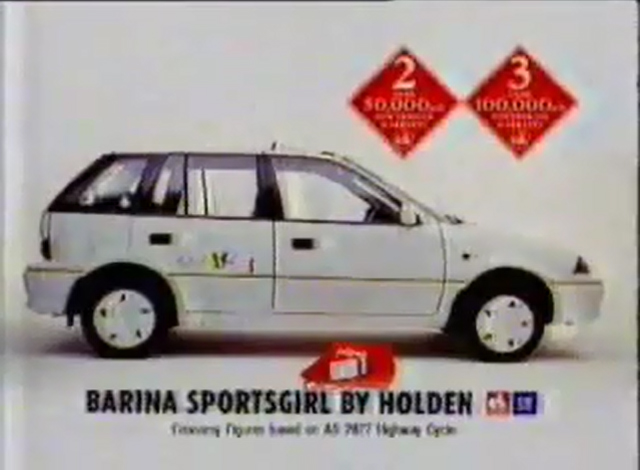 "The new Holden Barina Sportsgirl comes with a $50 Sportsgirl gift voucher, a Sportsgirl bag, a sunroof, and.. sports mirrors. With all that in Australia's most economical four-cylinder car, no wonder its a limited edition. It's simply unbeatable."

..I won't lie though.. seeing the headlights flash with the first 'meep-meep' hits me in the feels! Poor little car..

..but that's it on this one for now!
The hunt for the Carla Zampatti Lasers/Meteor continues.....
Posted by RdS at 13:01