Be still, my Takechi-Project-Sprint-ing Hart..

Well you know what? It doesn't bloody matter.

Because it's time for another wheel-in-detail post, very much along the same lines as the wheel posts from last year.. or hell, the ones before that. 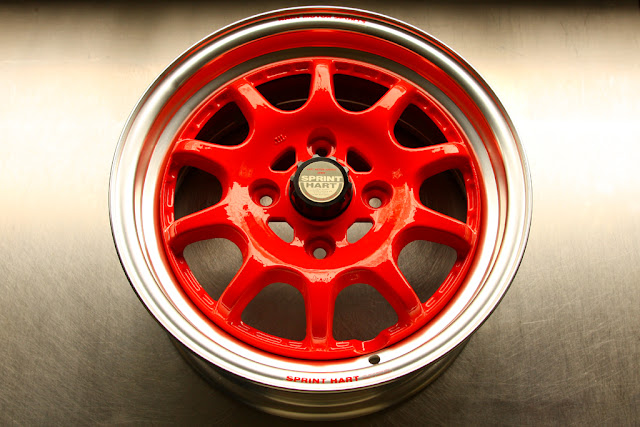 Cherry-red and literally-cherry pair of Sprint Harts I picked up ~18months or so ago.
NOS, complete down to the cap and valve packaging, and a bit of colour on the box. How am I supposed to say no to that?! I'm not made of stone! 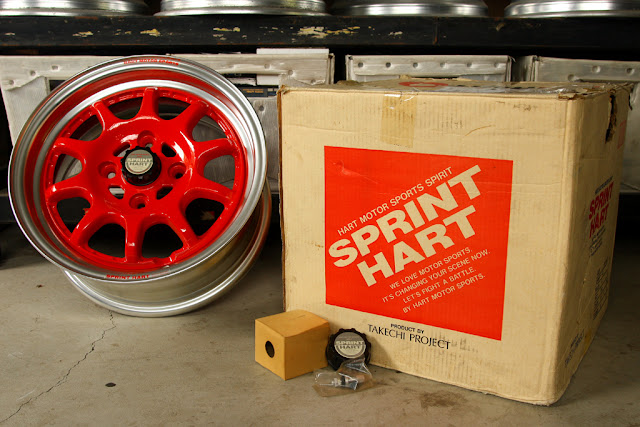 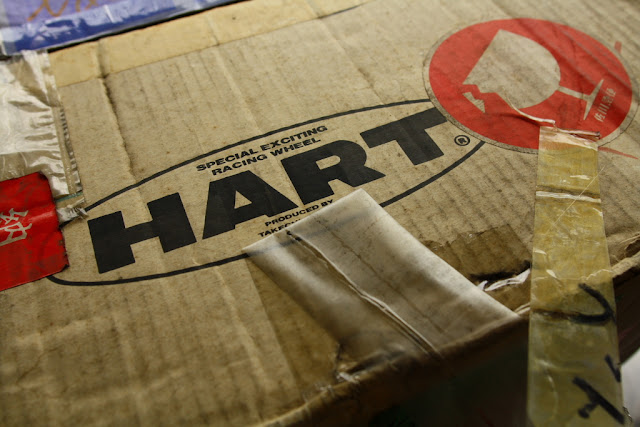 Heat-gun in hand, eyes full of tears; carefully peeling away decades of excess tape and stickers.. 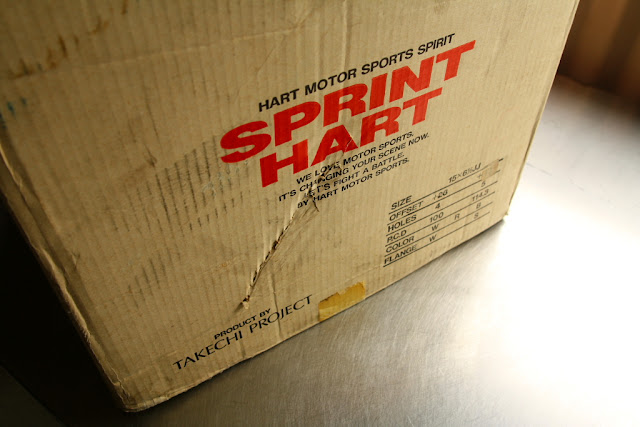 Grand-tour of the twenty-seven-year-old cardboard box.. 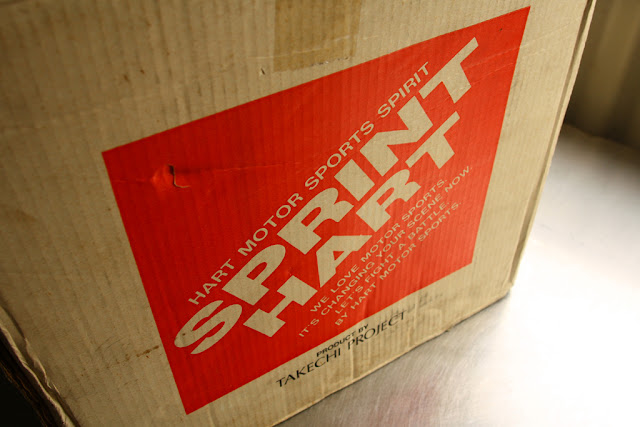 ...and a niiiice, clear shot of the tremendous tale used on the wheel: 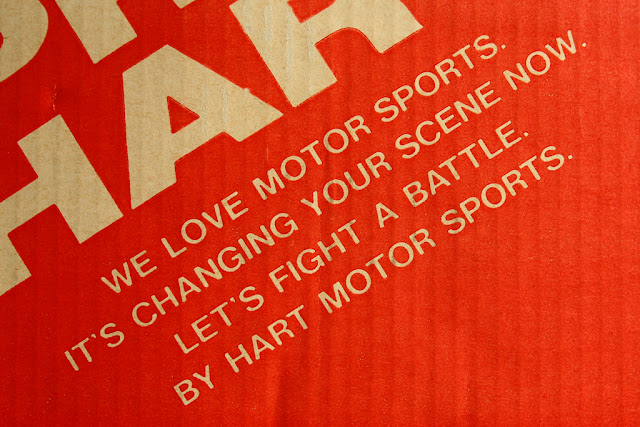 Now I'm not quite fluent in.. uhh.. Spanish? German? Maybe French? Yet have managed to translate:

You and I are fond of automobile racing.
It has had a noticeable effect on the hobby of your choice.
As a result, we should have a competition using our vehicles.
Regards, Hart Motor Sports.

Uh? Yeah, we're going with that.

Now for the wheel. The pretty little red thing from not-so-far-away - it's the wheel in detail: 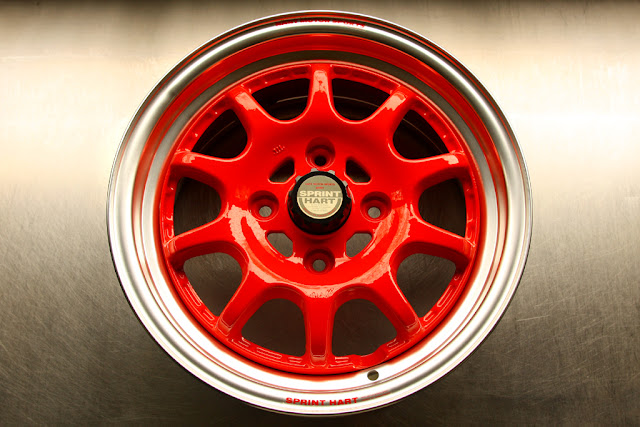 Simple two-piece welded cast-alloy wheel by Takechi Project, introduced sometime at the end of the decade. Available in 13-15", 4H100-5H114.3, and in at least the solid red, white, and a black... 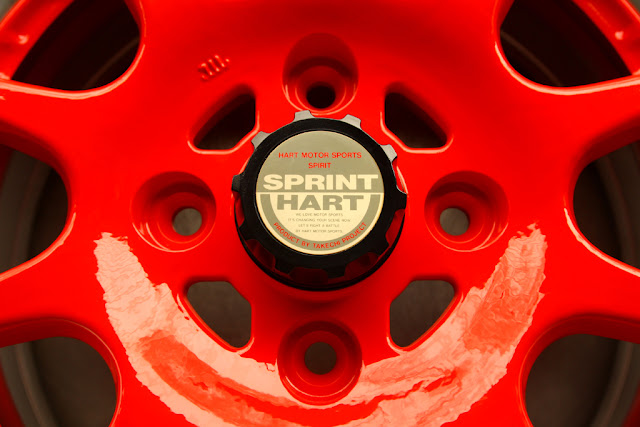 ...while the 60mm castellated caps are identical to the small-stud-patten SpeedStar mesh part... 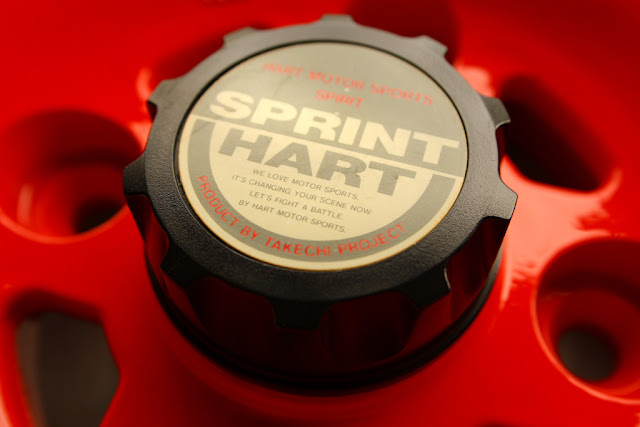 ...with that snappy little paragraph proudly printed on the decal... 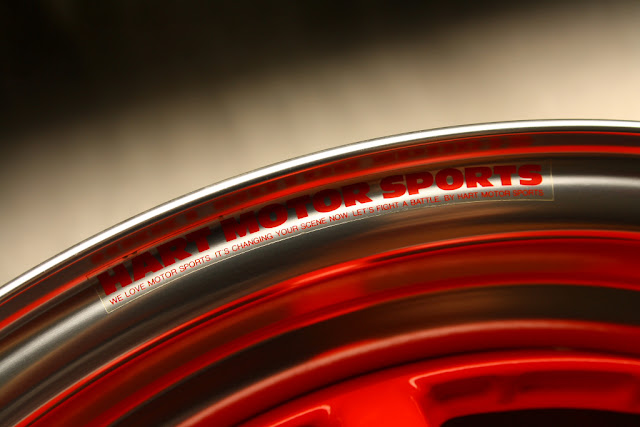 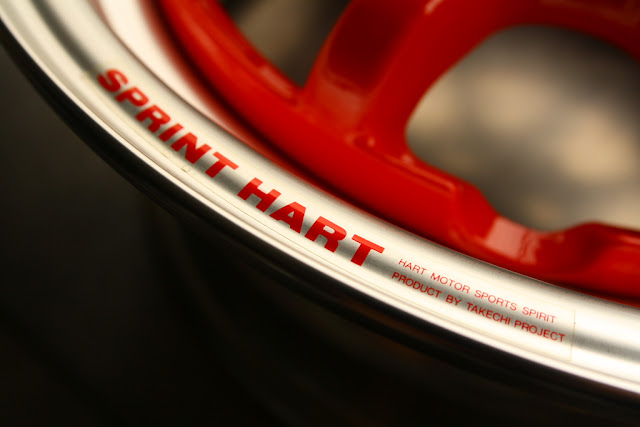 The rest of the cap's text? That's here - 180degrees around to the other side. 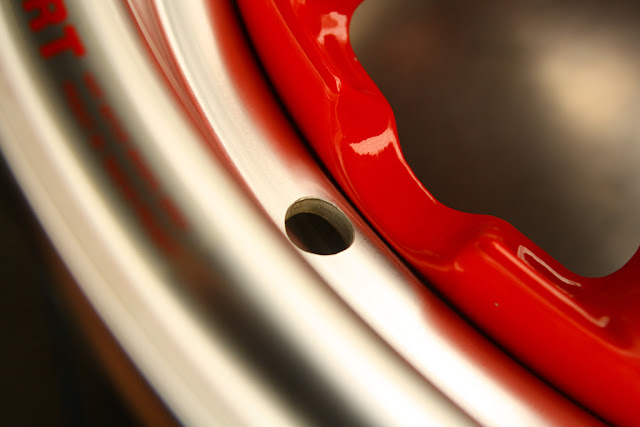 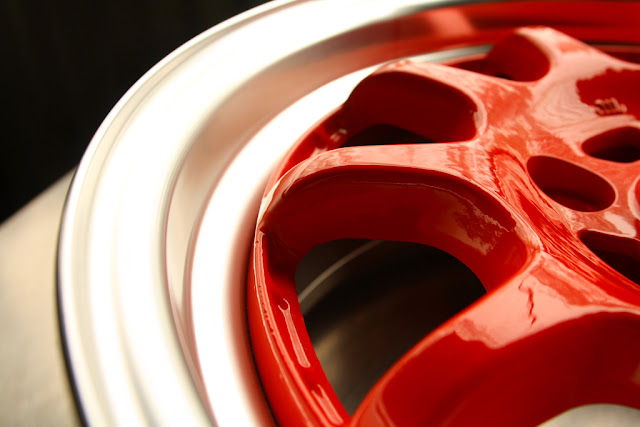 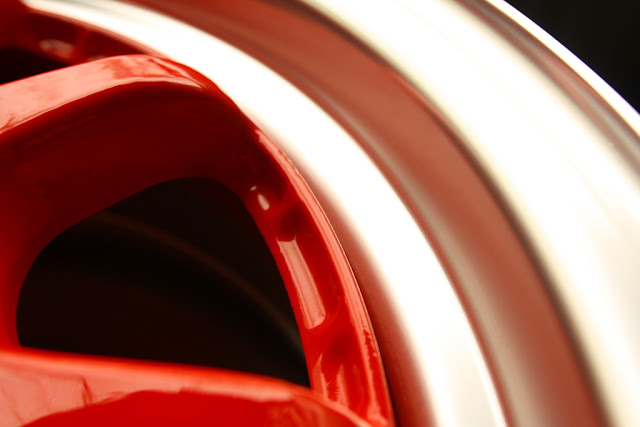 I see reeehh-ehhhh-ehhhhhhhh...
I see red! 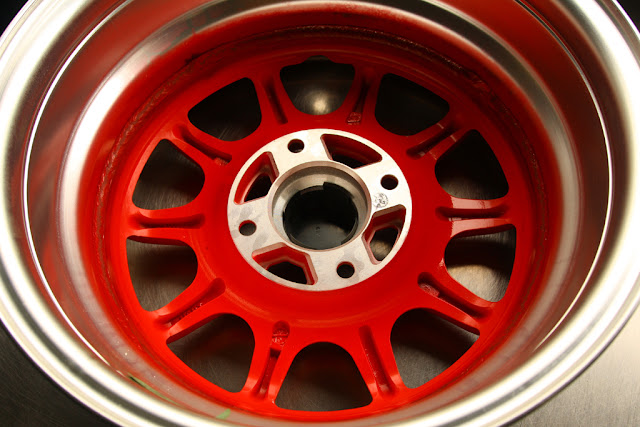 Flipped over for a look at the back-side of the wheel. 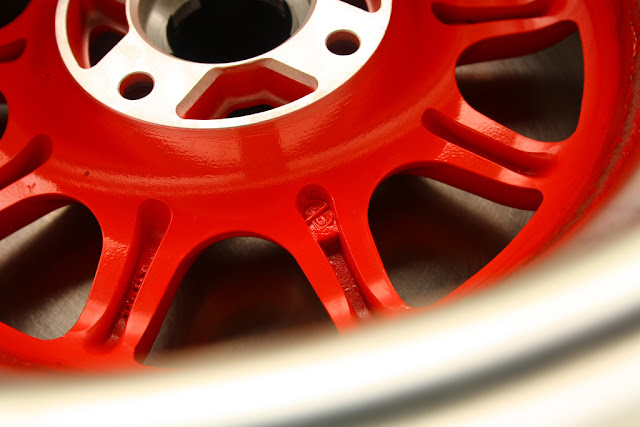 Date-stamp for an October 1990 casting, while on the spoke to the left: "HART". 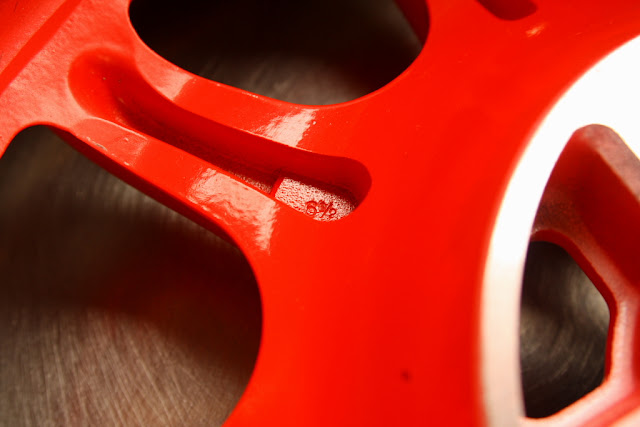 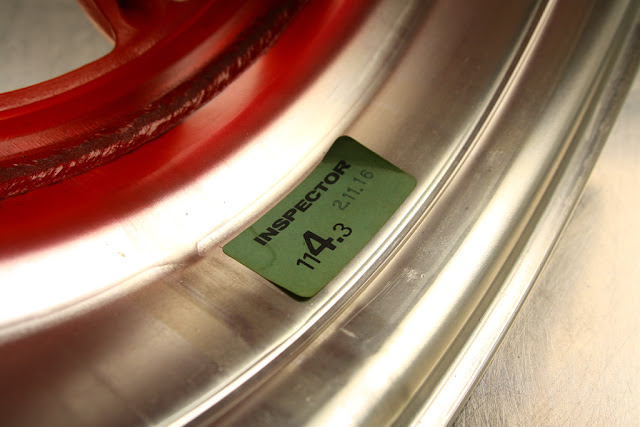 A tiny detail, but I always appreciate when the decal is stuck on squarely. It's paper and peeling, but nope.. that's a nice effort. 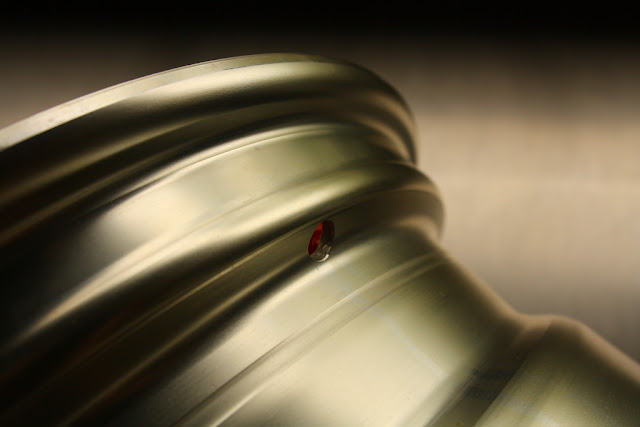 The whole fit-and-finish of the wheel is noticeably high, reminding me of those Heroes Racing CXs from a couple years ago..

For a brief cap comparison: 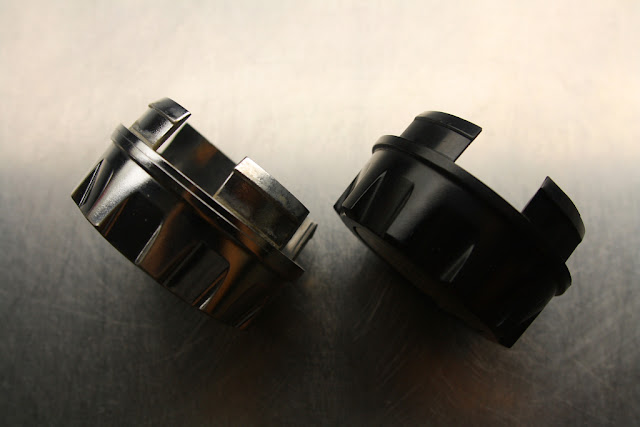 ..and for the sake of wrapping-up with something from their heyday: 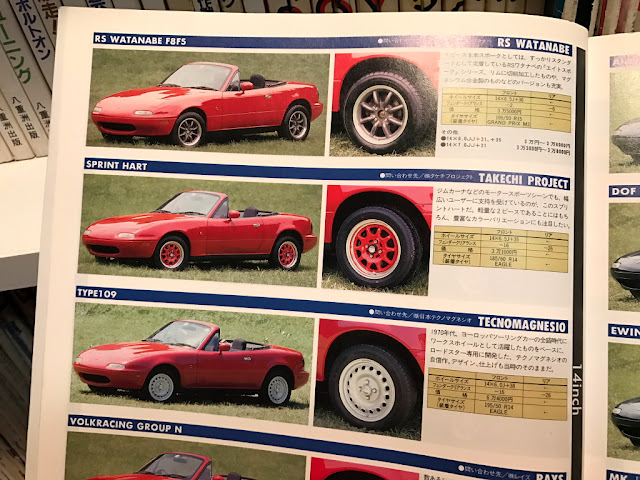 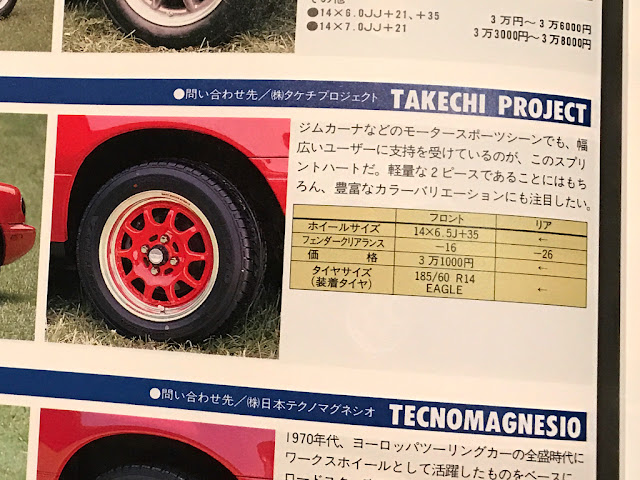 
Aaaand we're done.
That is all.
A useless chunk of faff, dribbled around some so-so images; but we've had fun, right?
It's worth it: giving the predecessor to the all-white Sprint Hart CP-family (CP, CP-F, CP-R..) another shot in the spotlight.