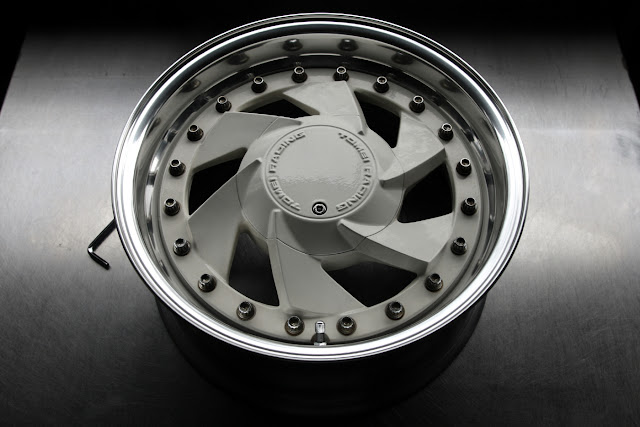 A favourite right here; it's high-end 1980s tuning from TOMEI Race Car Engineering.
The ingredients are there: a unique and easily recognizable design (almost iconic if not for the rarity), simple but quality construction with no corners cut, and a product of a well respected tuner. That they're a bloody good looking wheel is just a bonus!
I picked up this tidy and very original set a couple years ago now. I'd long been meaning to post a detailed photo-set of them - as I've done for so many others over the years - but time... priorities... argh. We'll get there.
I actually took this photo-set back in June 2015! Winter is not the right time to do one of these; the poor lighting doesn't do the face design justice. I wasn't happy with how this turned out and had sat on the photoset since. But enough's enough. I may update this with a more vibrant set at some point in the future, but for now - let's tour. 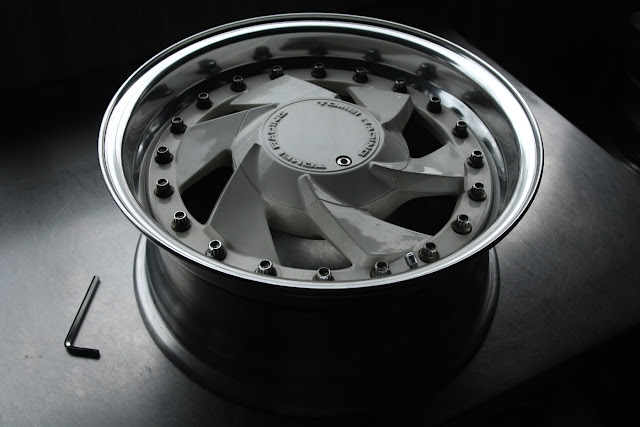 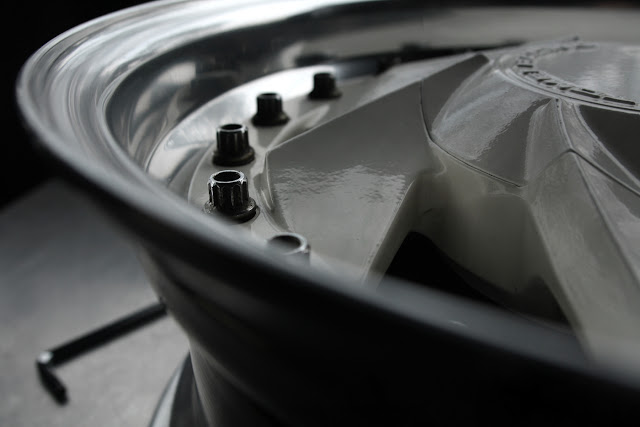 Kicking off with the obvious: "Turbo" here isn't so much the "HIGH-TECH EVERYTHING IS TURBO" fantastical use of the word that was so common in the era, but literally a reference to a turbo's impeller. They've run with that for this design and did not hold back. As a result? Some very aggressive spokes... 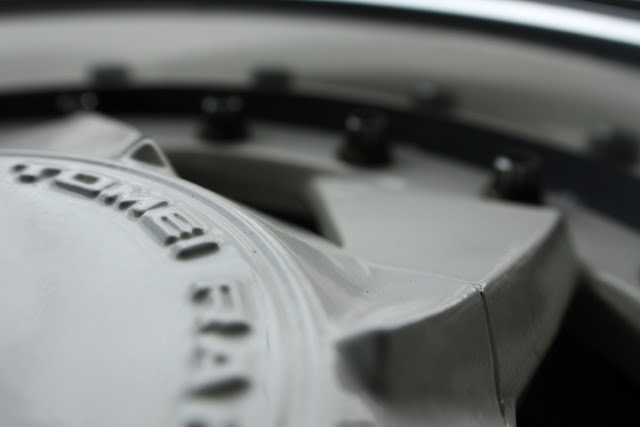 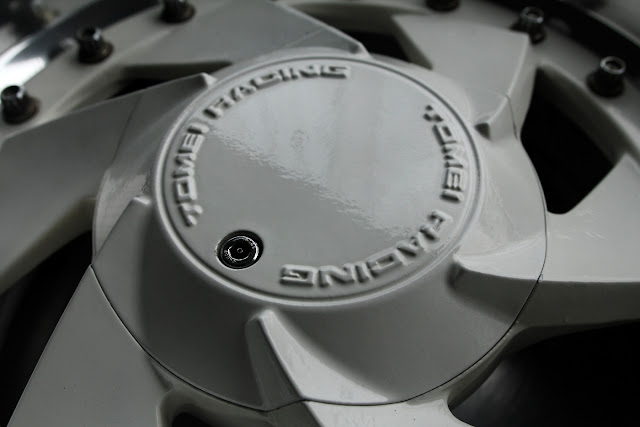 The large cast-alloy centre-cap. The earlier design was smooth, with a wedge-shaped "Turbo, Tomei Racing" decal at 3 o'clock. 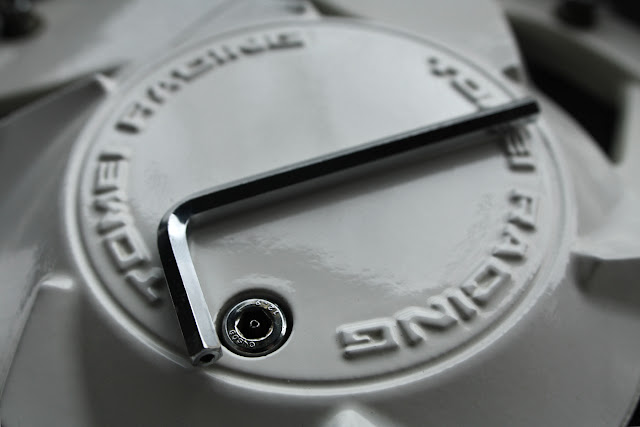 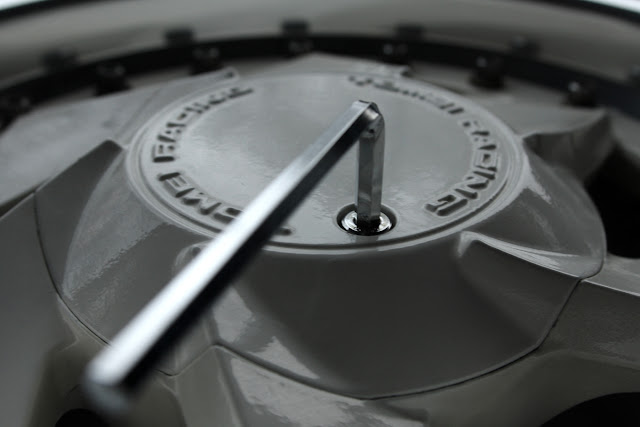 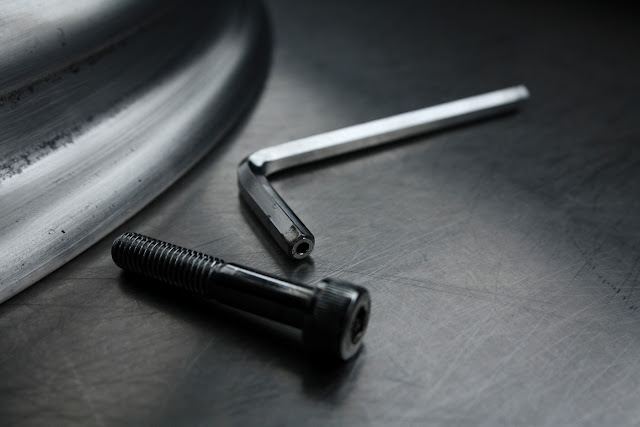 The cap is held in place with a single (security) socket-head cap screw.. 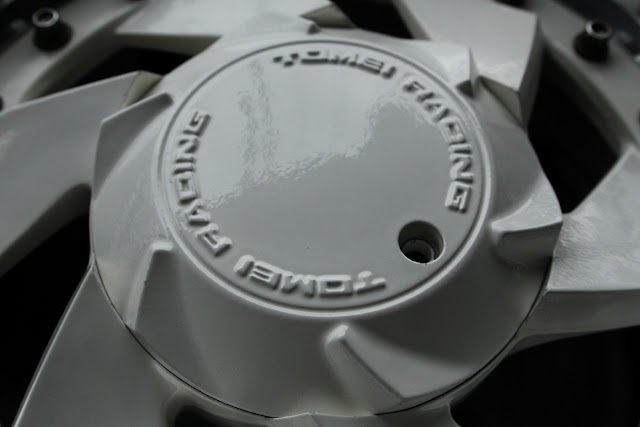 ..supported somewhat by the joining face of the spokes. Turned here to remove... 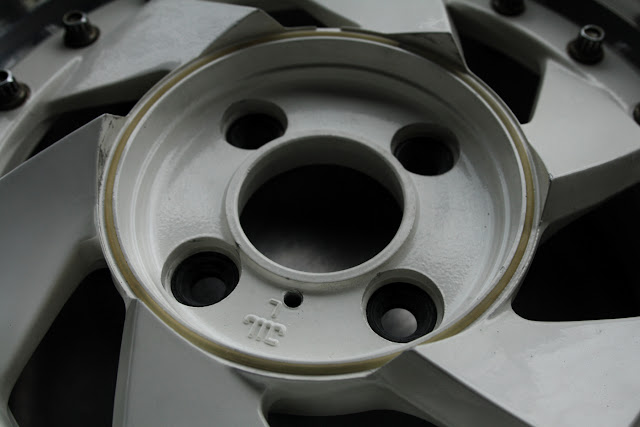 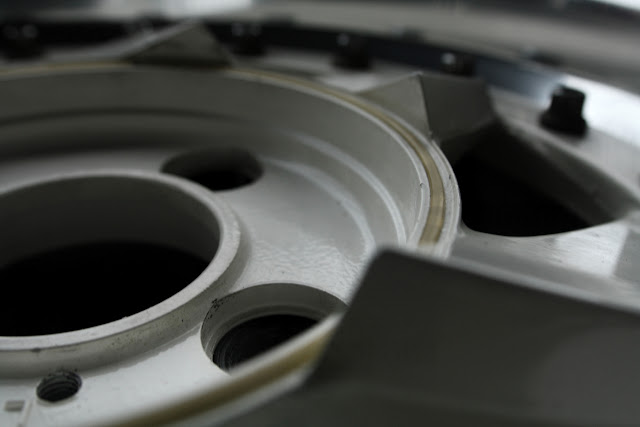 O-ring seal. We don't need water in there.. 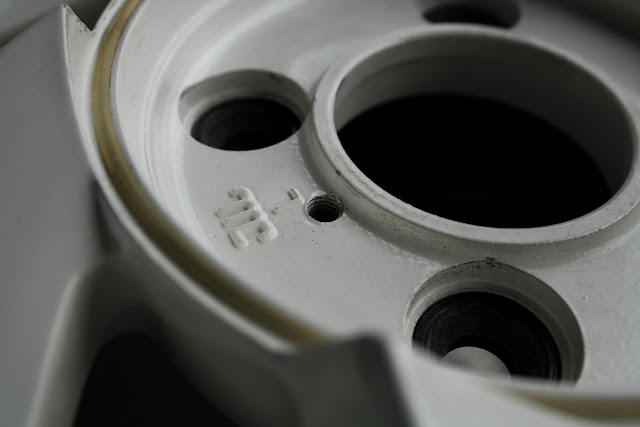 "L" to indicate "Left". Just like my AW11's SuperVolks, the spoke cuts into the air. It pulls underside air through the wheel. Not the blowtorched-spokes-and-clutch-dumped look that so many people incorrectly assume..! 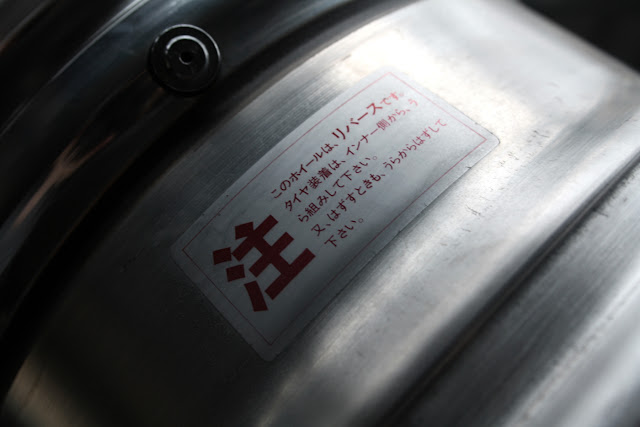 "This wheel is reverse, please install the tire form the inner side..." 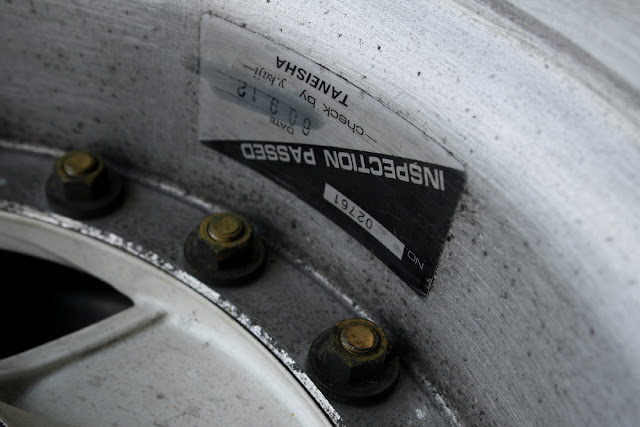 If the large chrome fasteners on the front face weren't recognizable enough, maybe this "Inspection Passed" decal and paint-checked nuts might ring a few bells?
It's all Very Southern Ways.
The "Taneisha" here may actually be revealing the true manufacturer for all... 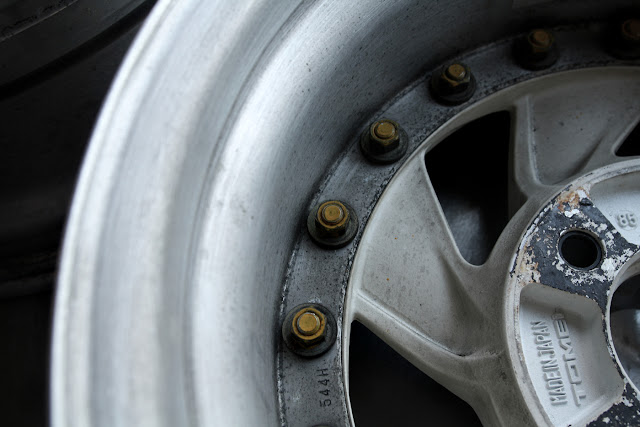 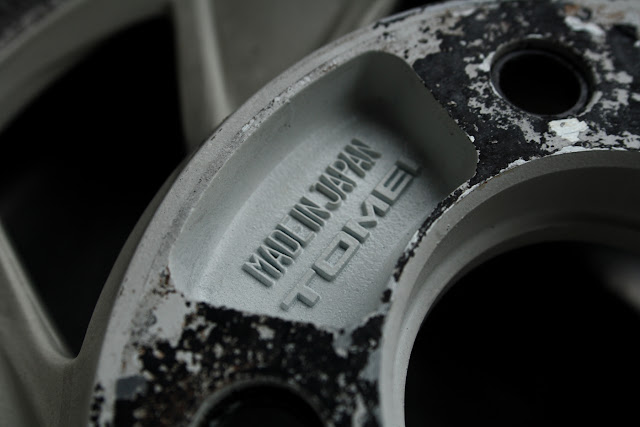 MADE IN JAPAN. TOMEI. 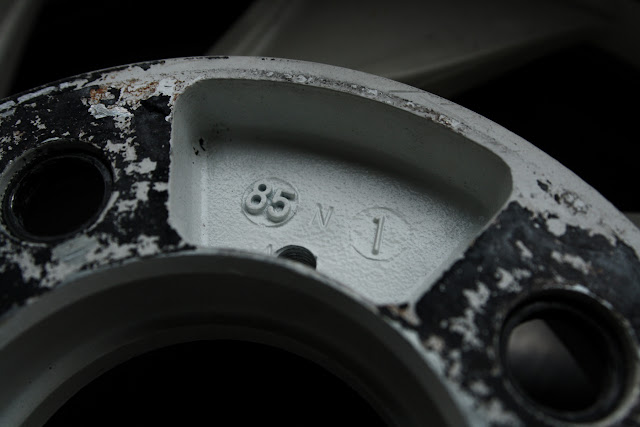 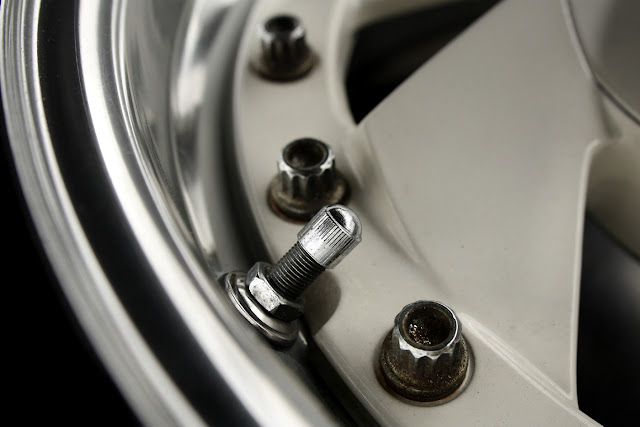 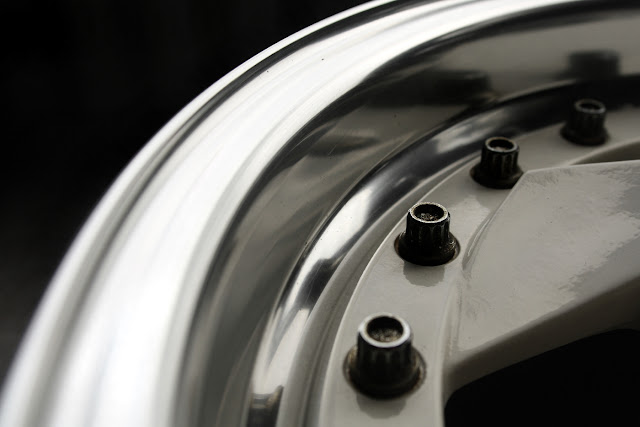 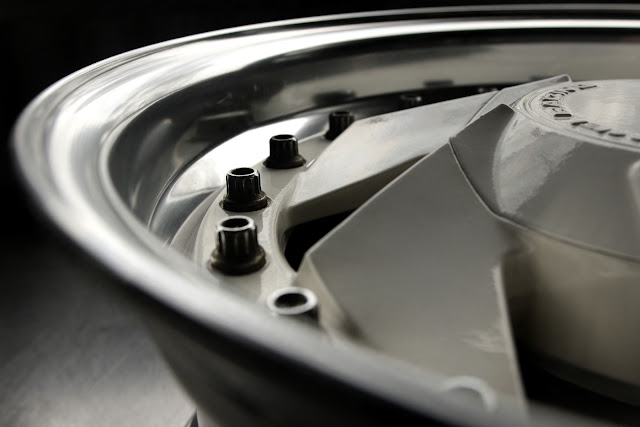 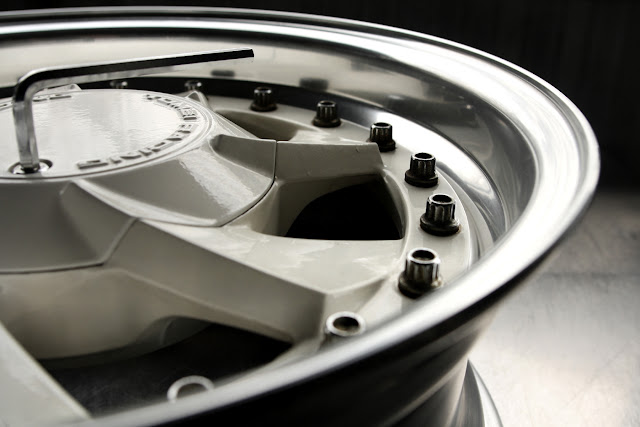 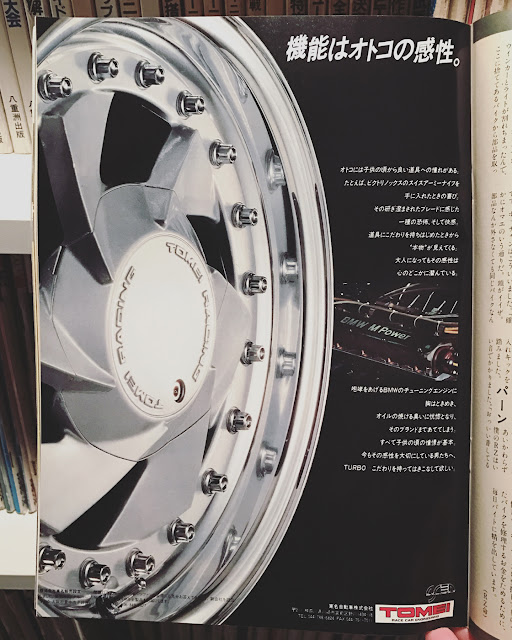 December 1985 advert for the updated TOMEI TURBO wheel. Even a casual flick through the magazine will smash you in the face with half-a-page of the wheel design, right there on the outer edge. The writing may be a bit of nonsense, but that's sure a striking ad regardless..