Time for a little more 80's Australiana; in the way of a little HDT goodness spotted at a car show last month... 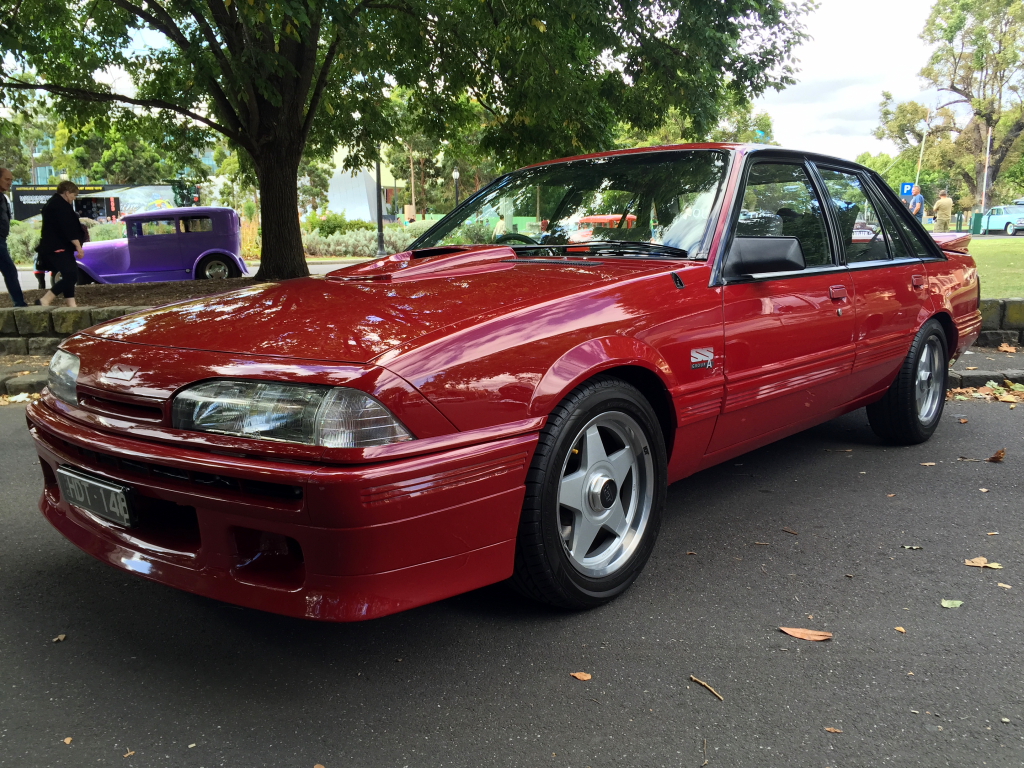 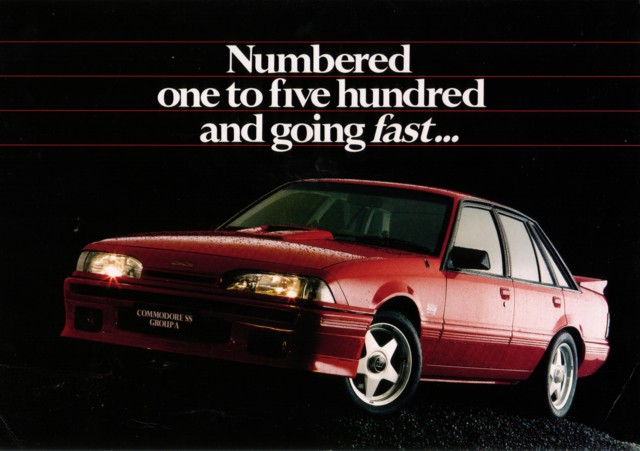 One of a handful of tuned versions of the 5th generation (1986-1988) Holden Commodore, by HDT (Holden Dealer Team) - Holden's official performance modification and motorsports arm at the time. 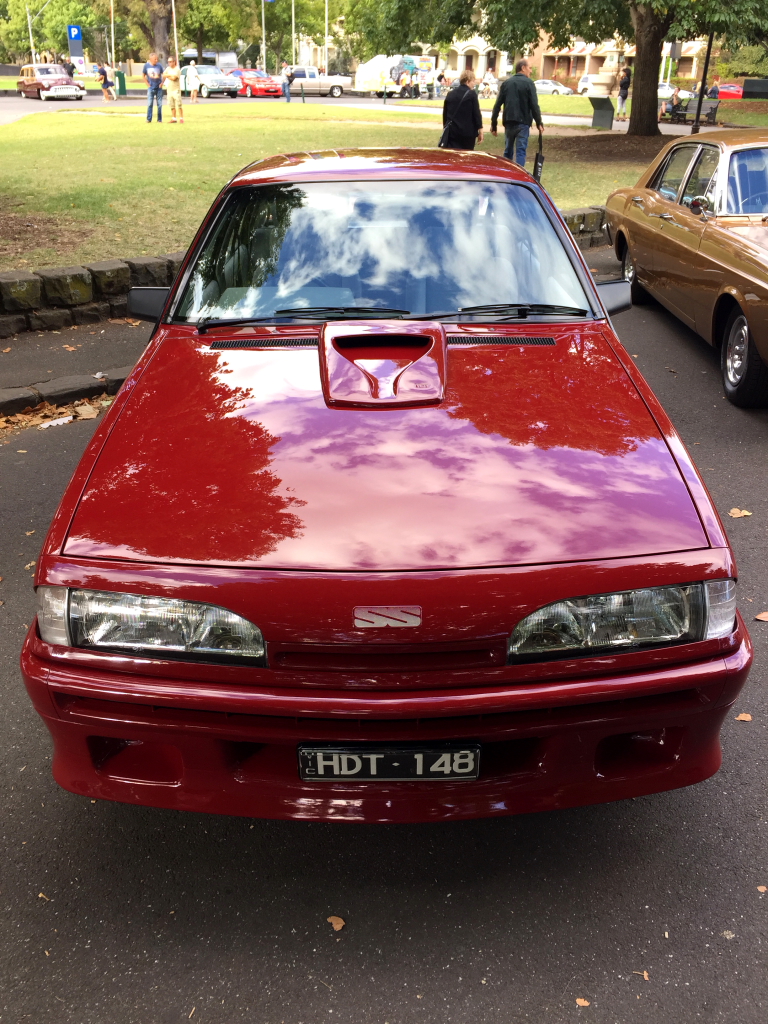 This SS GROUP A model was one of 500 identical cars built for Group A racing Homologation. 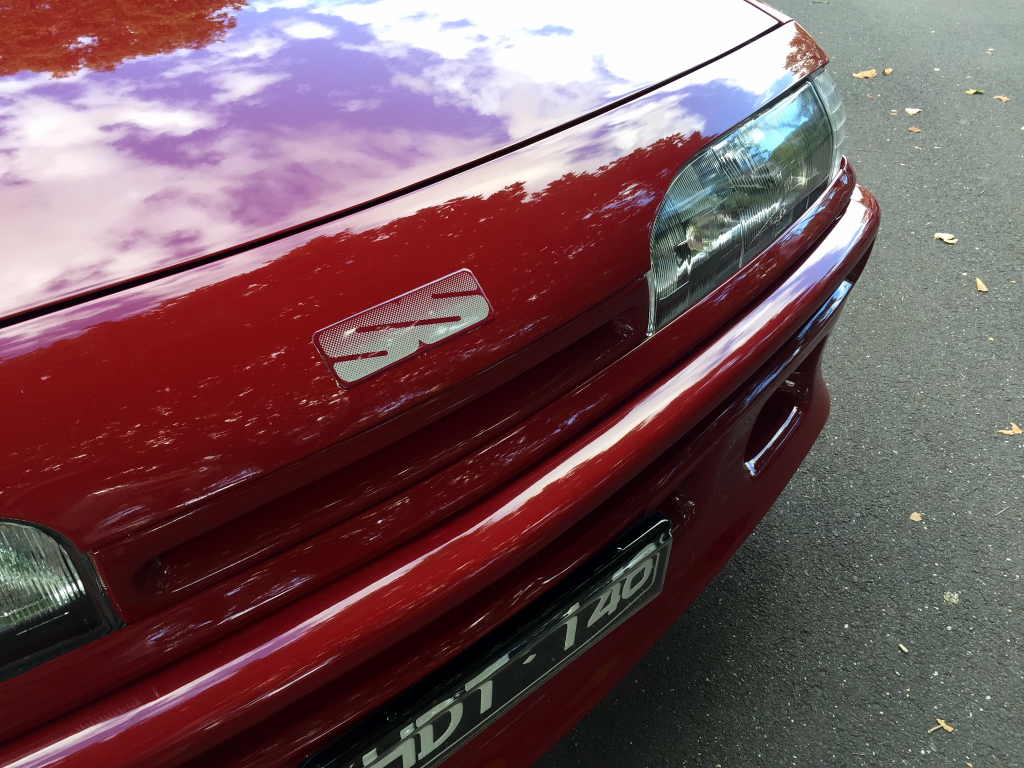 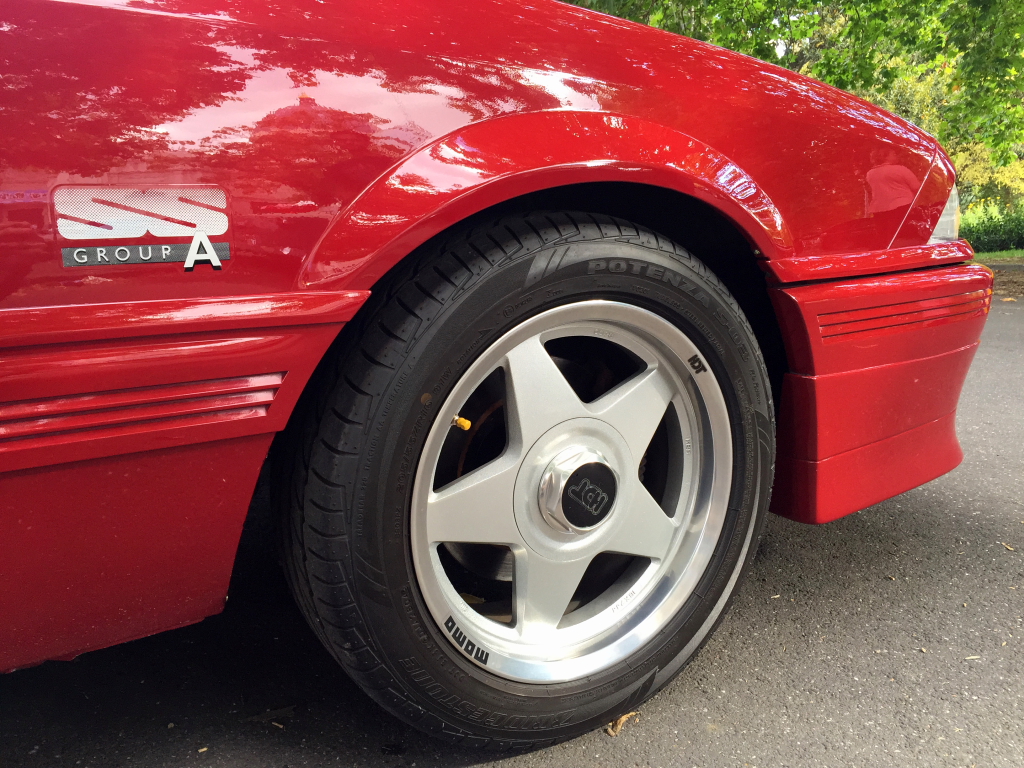 ..while wheels were these fantastically-period 16" Momo Star's.

Love the gradient Text in the SS logo in the two above pictures too.. 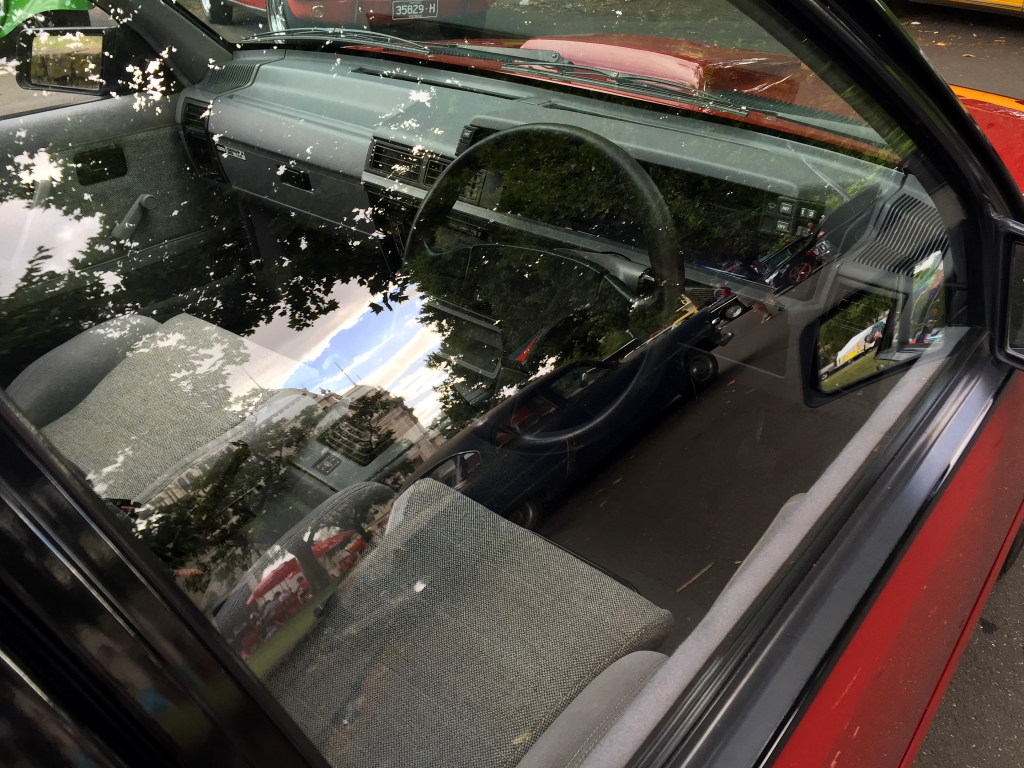 Inside were a pair of Scheel seats, plus a Momo wheel and shifter. The light grey works really well with the dark red paint outside.. 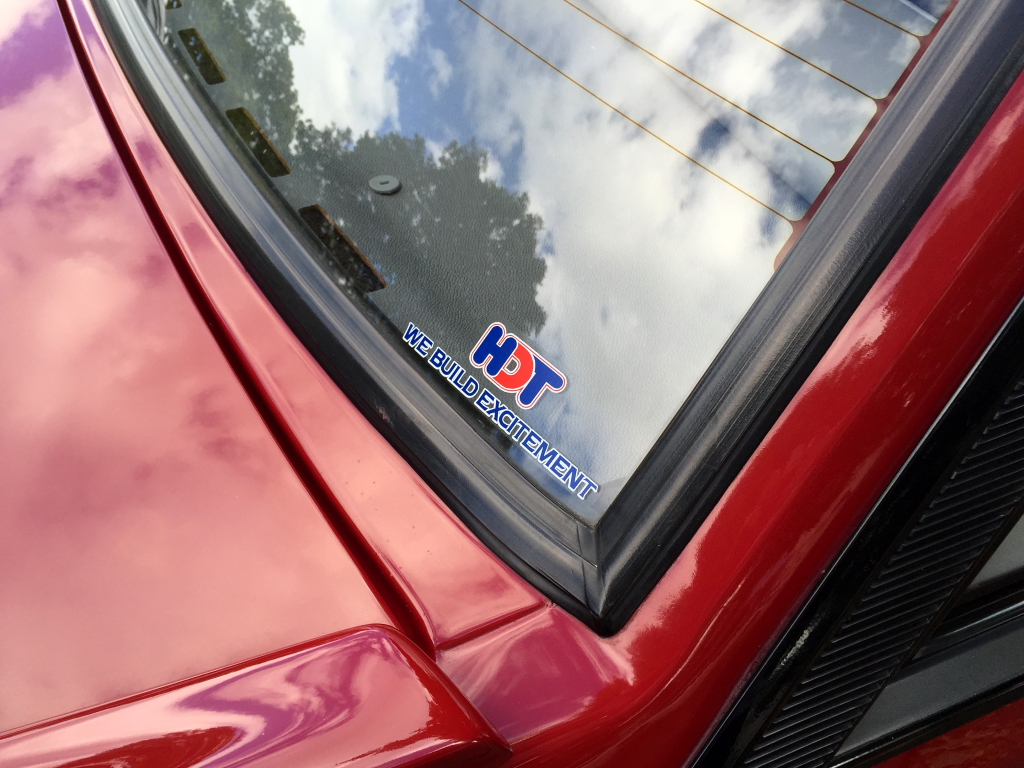 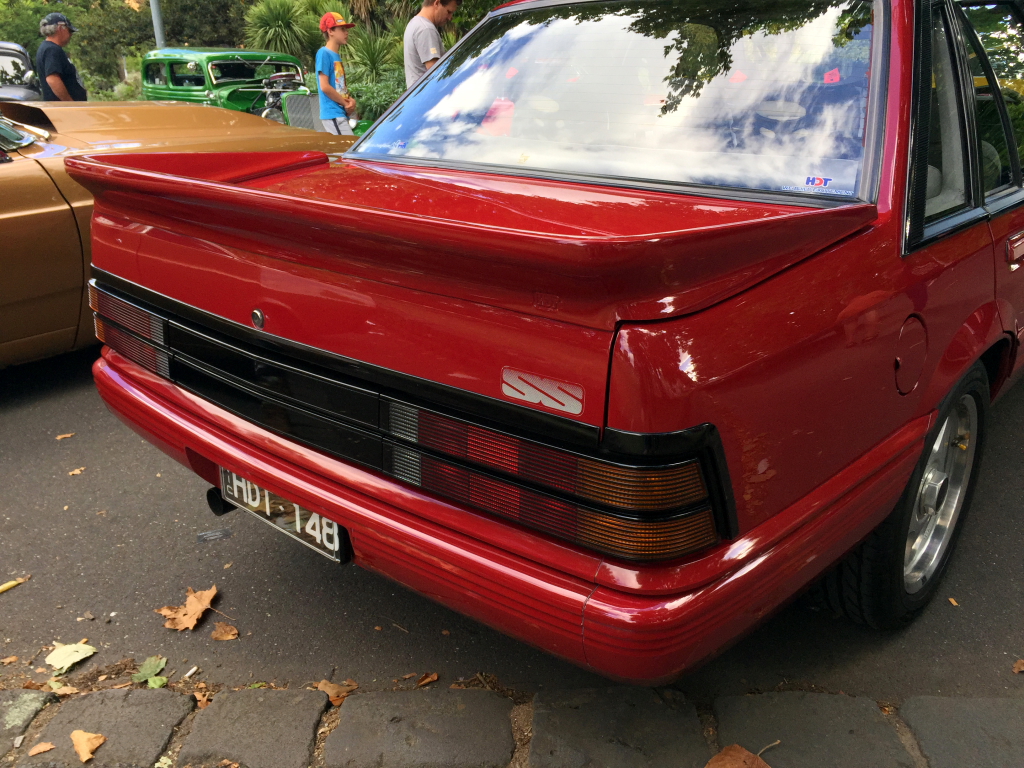 Good looking rear lip spoiler, which likely doubles as a mobile bird bath in the rain.. 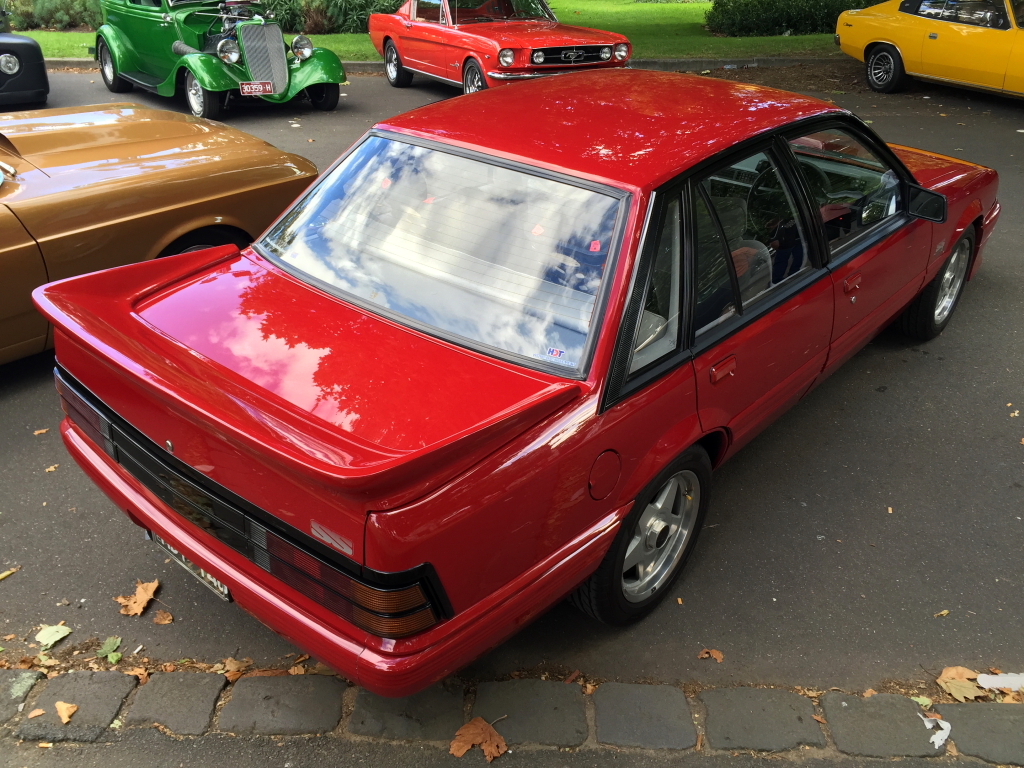 One last pic - surrounded by some colourful company - an XR Falcon GT, 34 Ford, 65/66 Fastback Mustang and a VH Charger.

Unfortunately I haven;t got an engine pic, for the same obvious reason the photo of the interior is taken through the glass...
Regardless; what you would have been looking at is a carburetted 5litre V8 - a warmed-over version of an engine Holden had been producing for 20years at this point, and charged on for another ten! This oversquare, 2Valve, Pushrod unit pumped out 137kw (a little over 180hp) @ 4400rpm; with shifting done through a Borg Warner 5speed manual, and to the ground via a LSD-equipped solid-axle in the rear. Brakes were discs all round.

I love these.. all of the HDT and HSV cars produced from this era onwards. I have a bit of a thing for the Mercedes-AMG or BMW-Motorsports Nissan-Nismo/Impul/SVD etc, style of OEM period modifications. Its just always quality and done so well, while still giving a little bit of period aftermarket vibe when looking back - the types of wheels, seats, audio, styling of the aero, decals, and fabric/trims chosen. SO great.