A little more detail on what was one of my favourite cars at Nostalgic 2Days this year.. 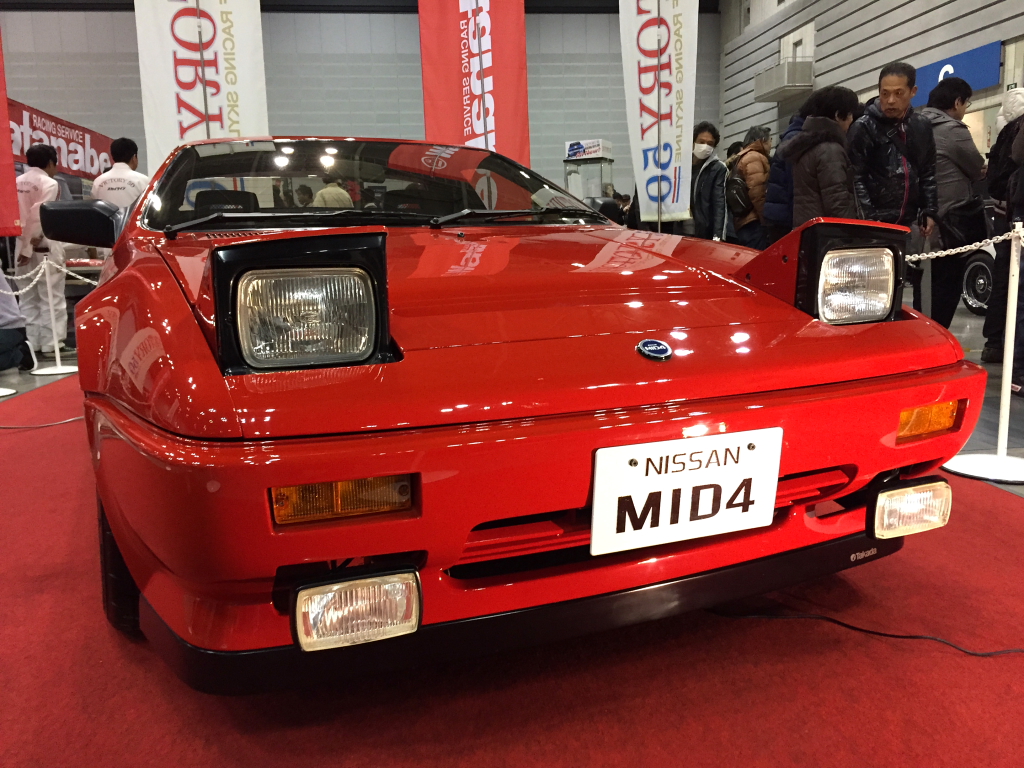 The 1985 Nissan MID4. A concept Nissan supercar originally unveiled at the '85 Frankfurt Autoshow. 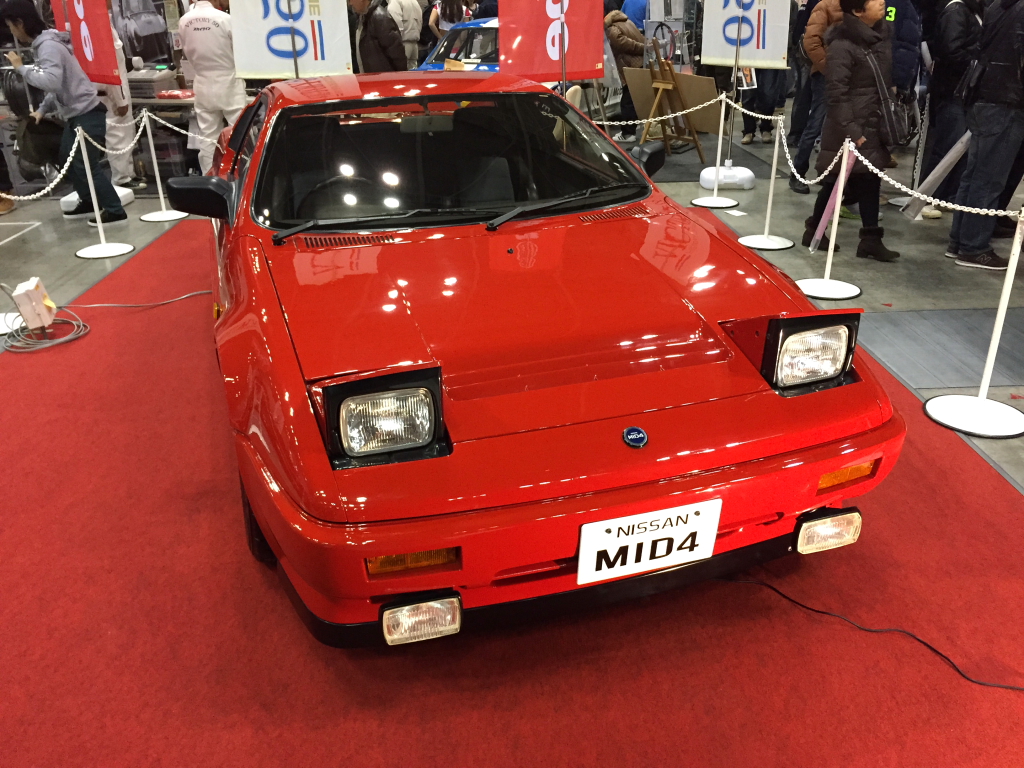 Obviously this car has done the rounds plenty of times over the years; but was the first time I'd seen it.. and was more than a little impressed..!
Initially for the usual reasons - its its mid-engine.. its red.. its got pop-up headlights. All good things, right? But what really stuck was just how production-ready it seemed..
This isn't some wild concept with see-through 20" wheels and crazy doors; no, had you told me this was just a low volume production car, I could almost be fooled. Regular wheels and tyres, lights and sidemarkers, separate bumpers, licence plate mounts, sensible mirrors.. handles.. locks.. wipers.. doorseals. Too sensible even to be a kit car.. 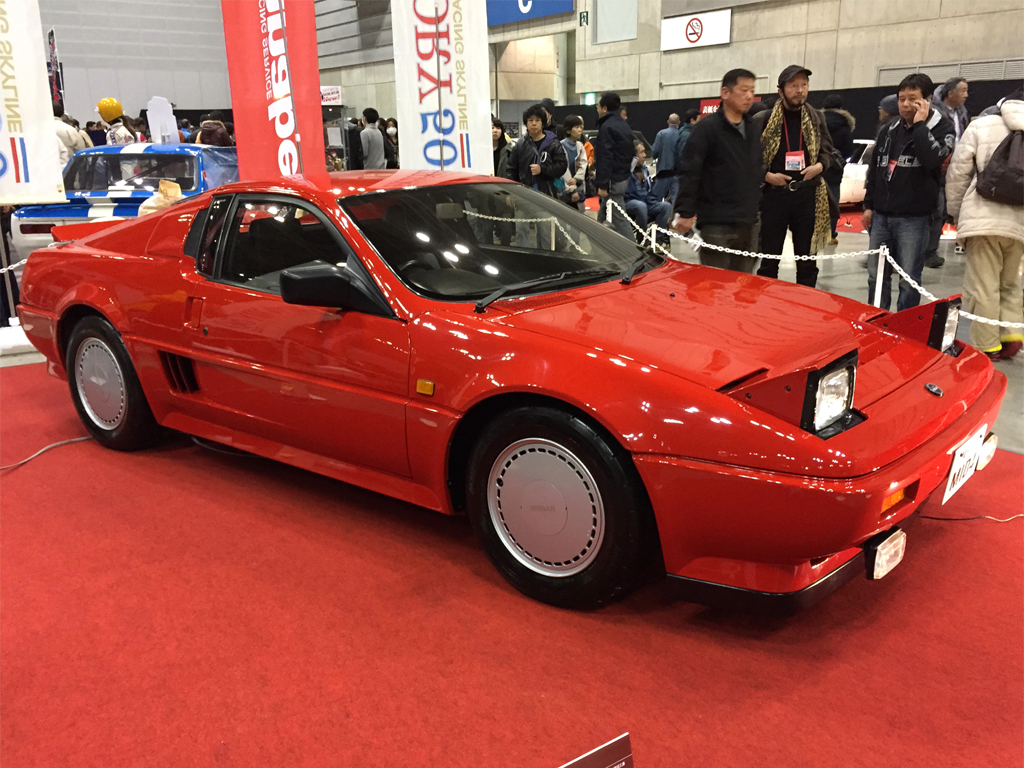 While initially aimed to go into production, this just ended up being a technical showcase for Nissan engineering and technology.
This is one of at least four prototypes that were made, of which at least one car was white... 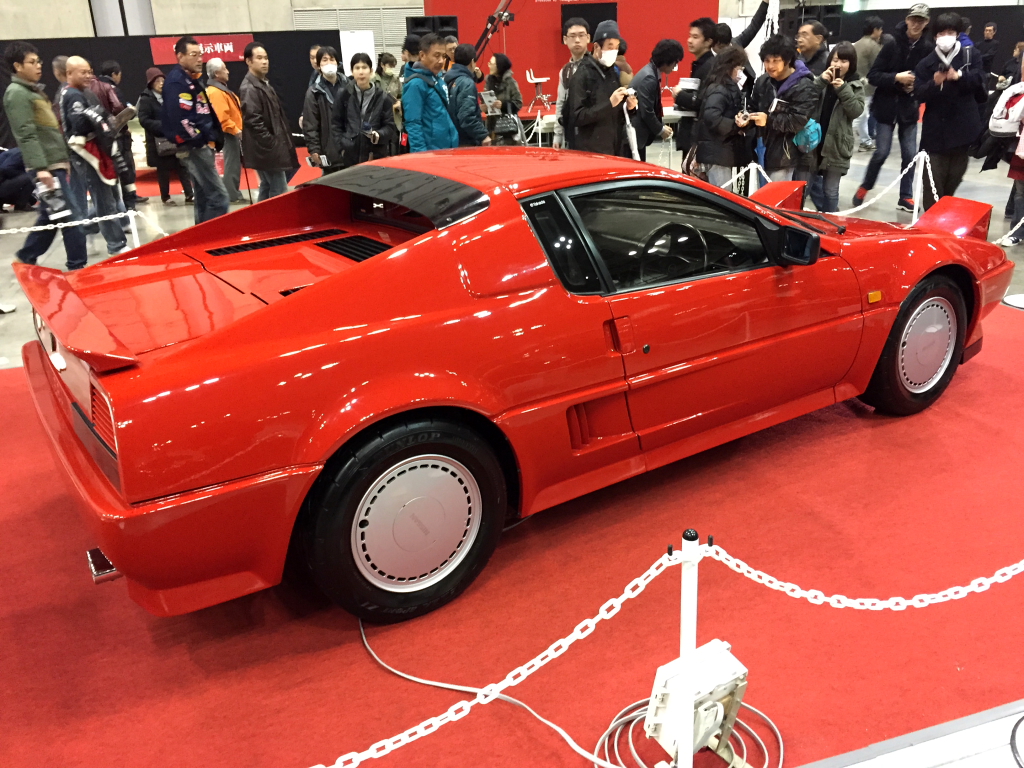 ...The red definitely completes the classic 'I-think-it's-a-Ferrari' look though.
If I blur my eyes a little (okay.. maybe a little more than the industry standard for blurring..), the vertical rear quarter glass and long 'flying buttress' C-pillars gives this quite the Ferrari Testarossa look..
..or maybe Lotus Esprit..
..or.. 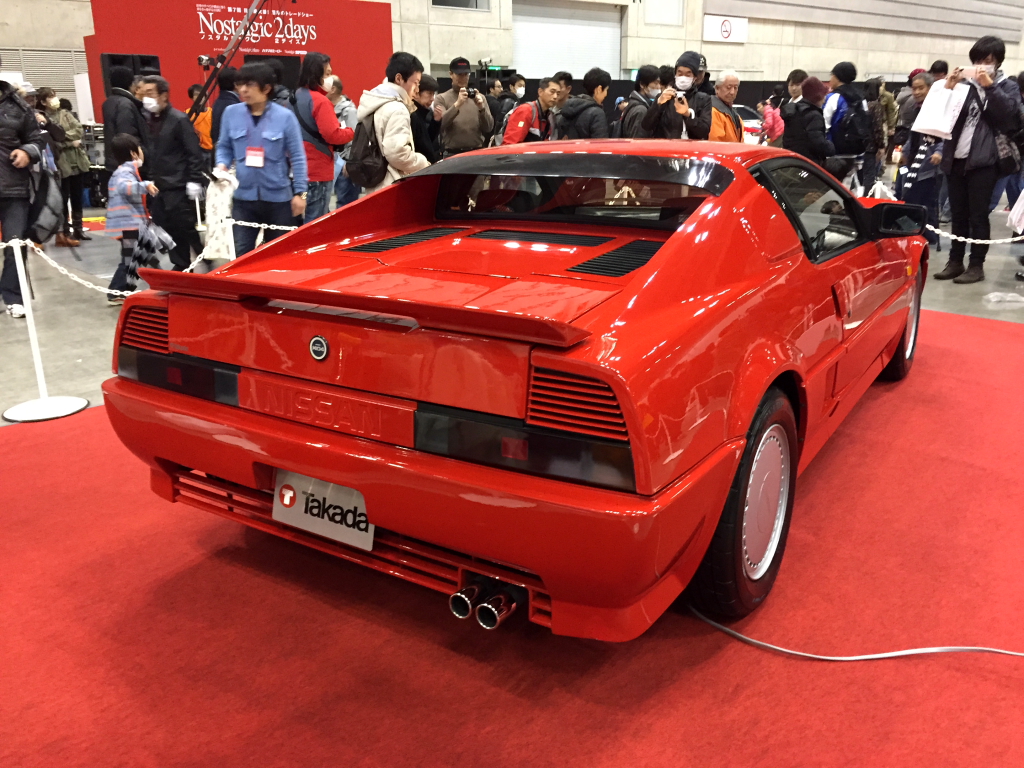 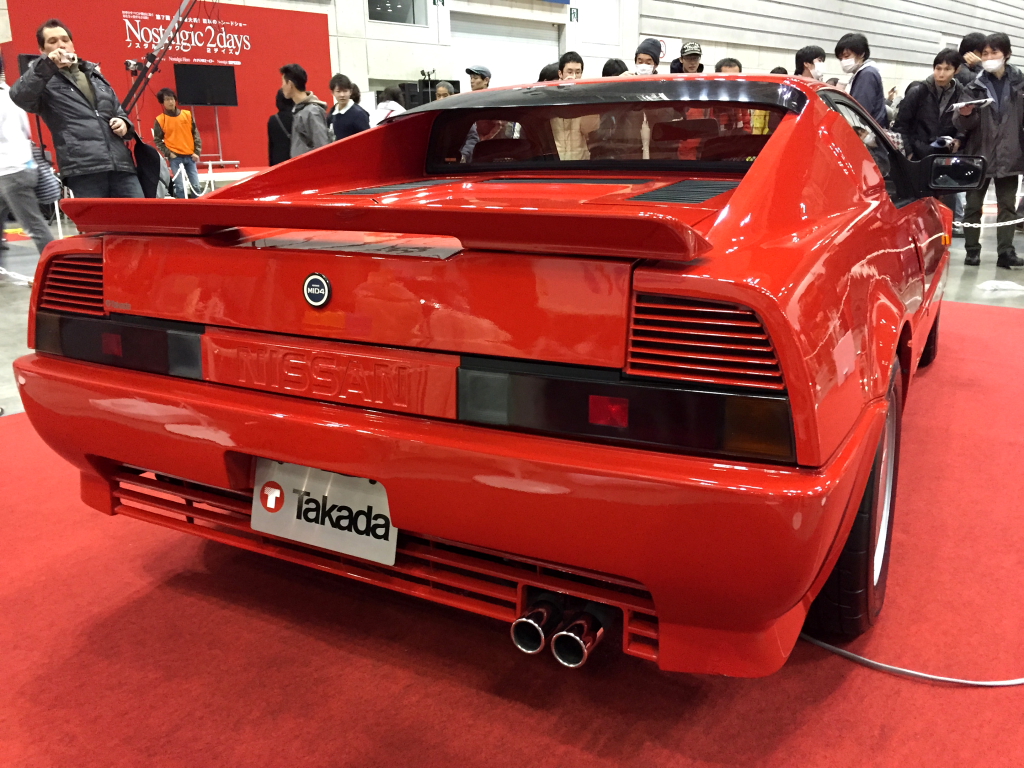 Interesting vents above the rear tail-lights.
After seeing the engine-bay pics, I'm not sure what those would be doing.. 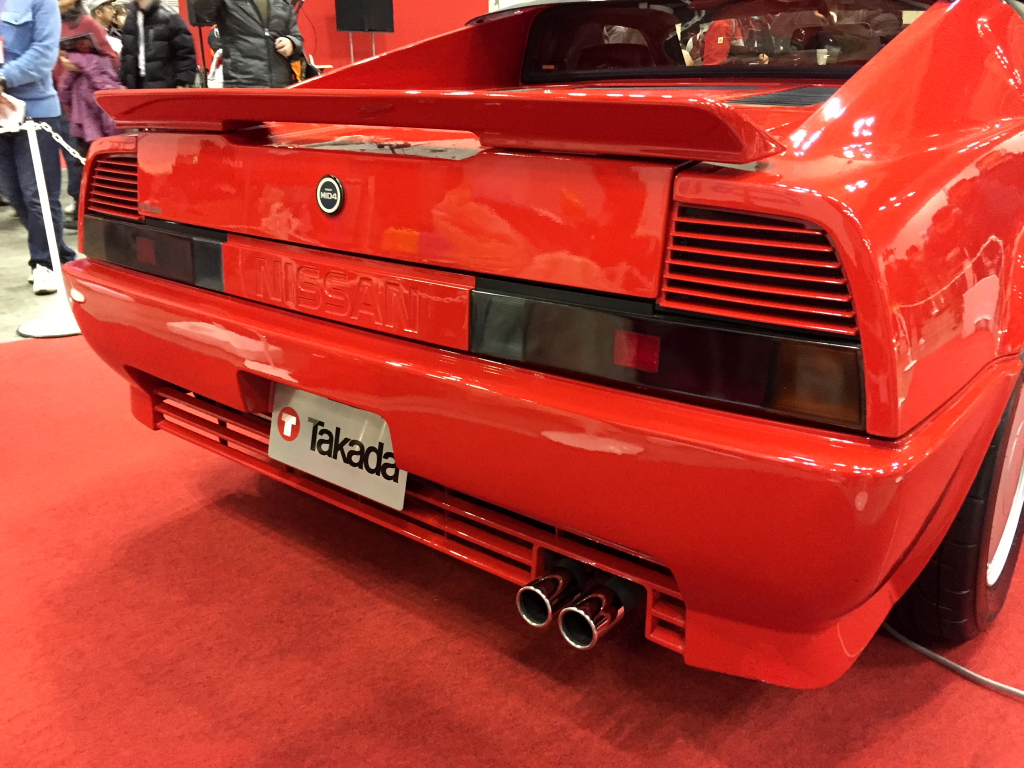 A simple single-sided exhaust with chrome tips was surprisingly sweet to see.
Also worth noting that I've seen both the white and red cars with and without that rear spoiler.. 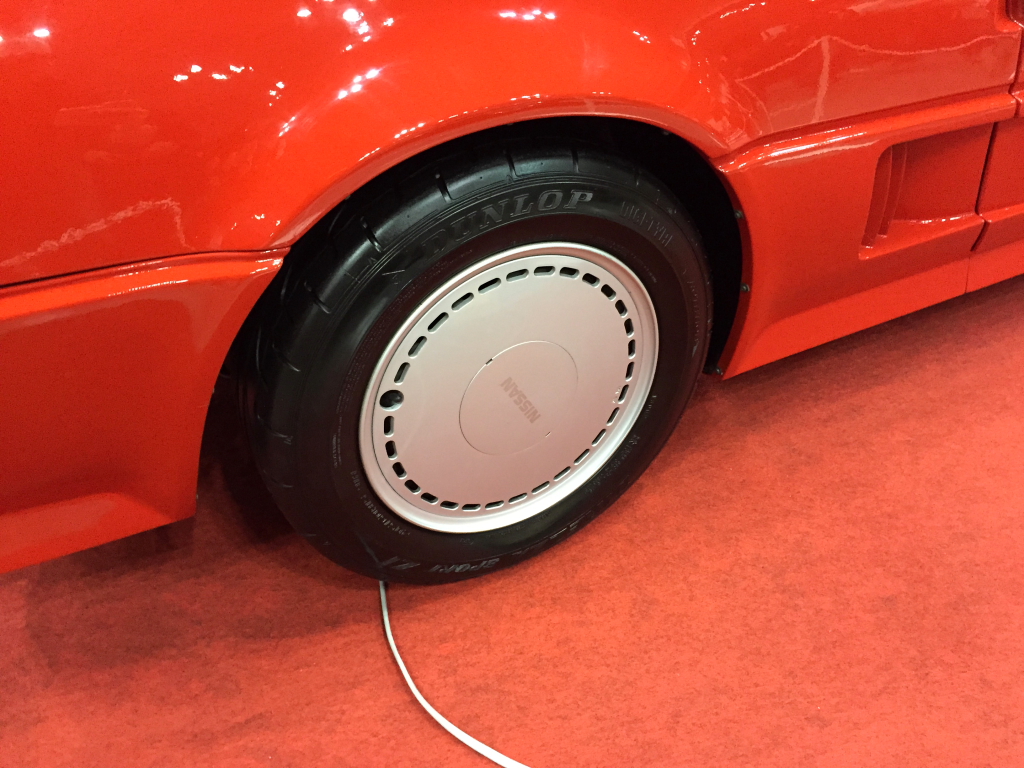 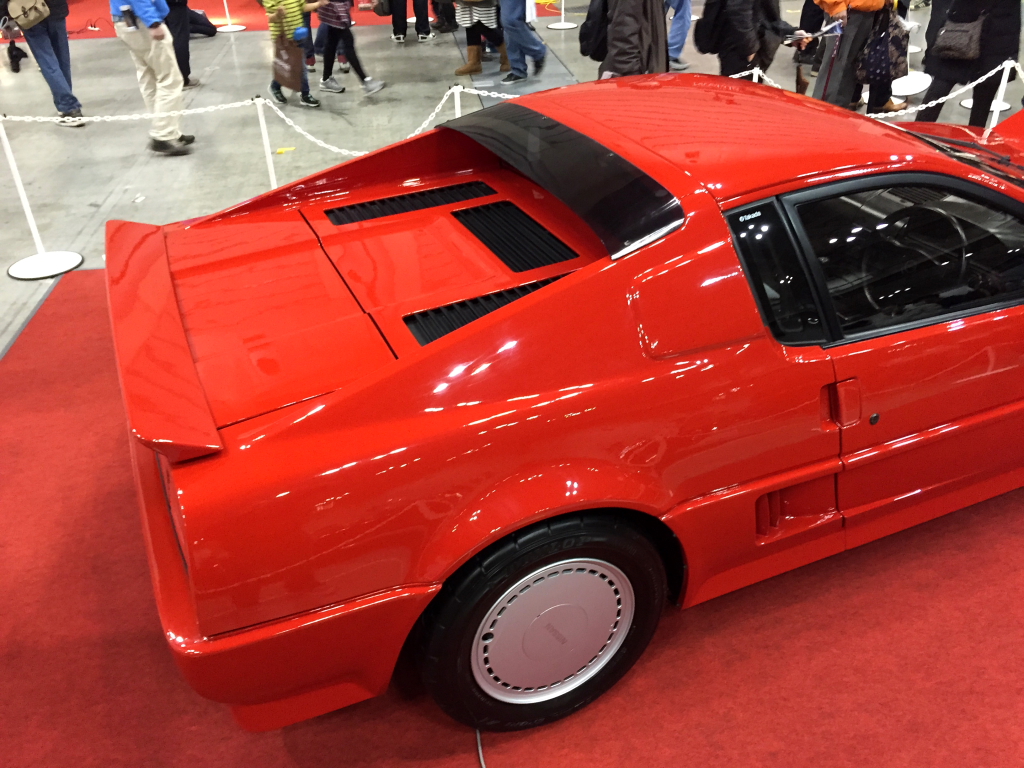 Like an MR2, there looks to be space for a second boot/trunk behind the engine compartment.
A tinted transparent roof spoiler extends over the engine lid... 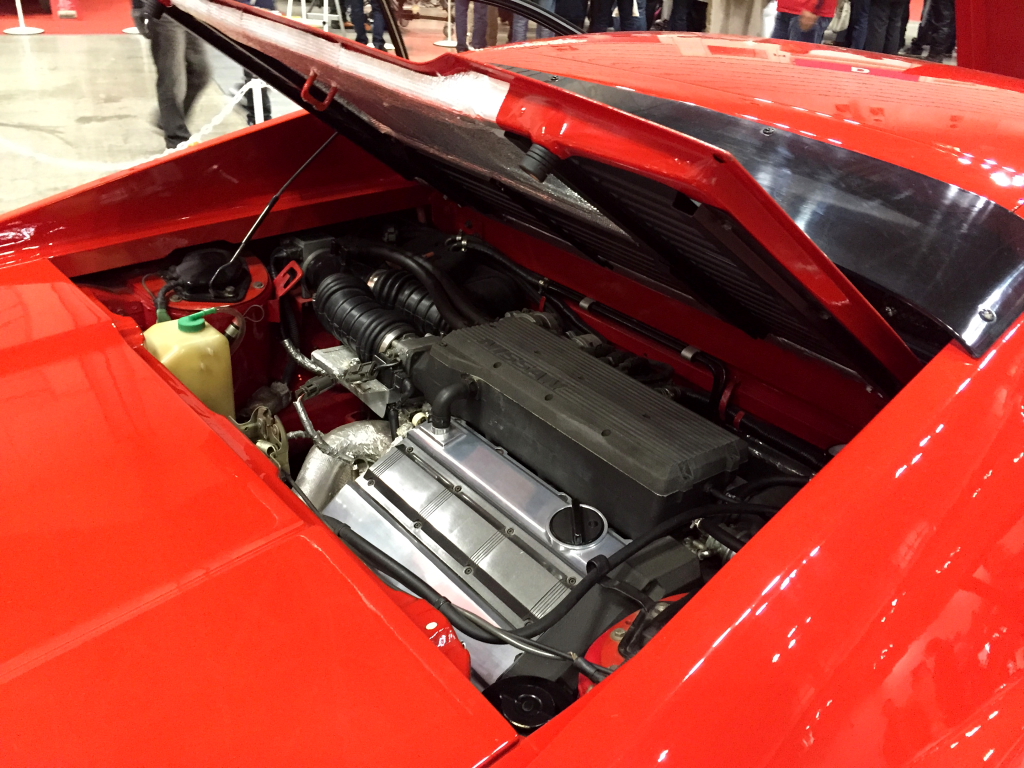 ..which although looks good, does stop the engine lid from opening fully.
In the shadows under that 45degree lid; the transverse-mounted, Nissan VG30DE - A quad-cam, 24valve, 3litre, naturally aspirated V6.
The single cam VG30E (no 'D' for DOHC) was already on the market from 1984. The twincam heads developed for this car (making the VG30DE) made their way into production Nissans from 1986.
The ~220hp  the MID4's VG30DE developed went through a 5speed manual, before being distributed to the wheels via a pre-ATTESA all-wheel-drive system.
Along with the mid-mounted engine, and AWD; the MID4 also launched Nissan's HICAS four-wheel-steering system. As with the VG30DE mentioned above, this was introduced into production Nissans the following year. 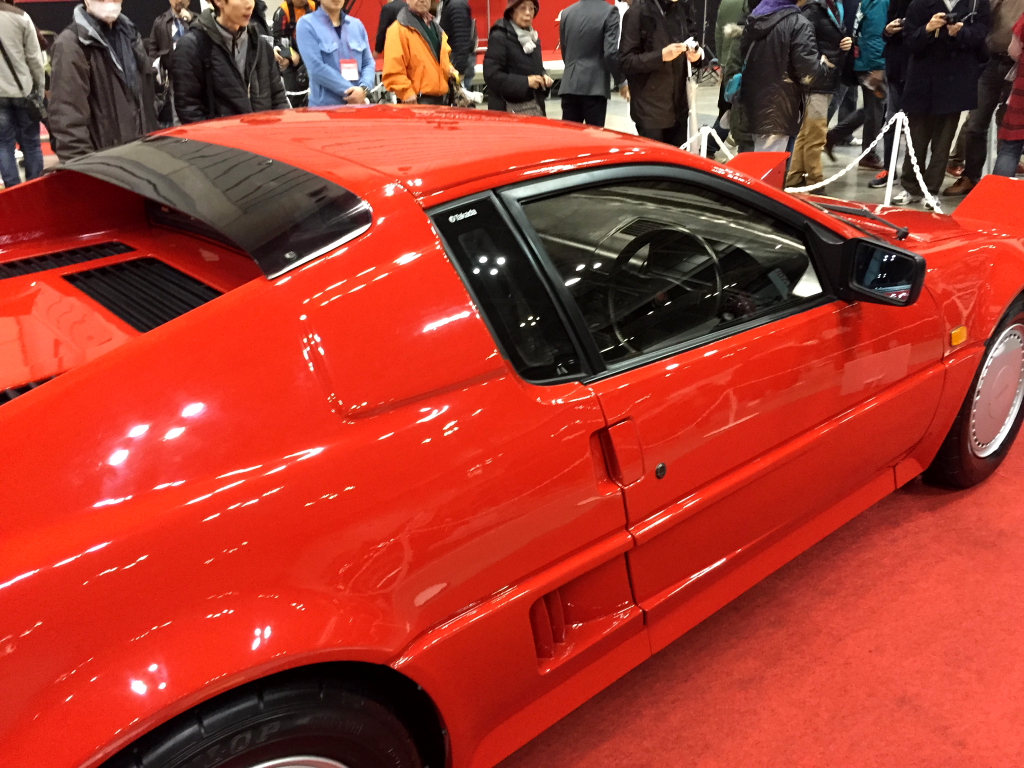 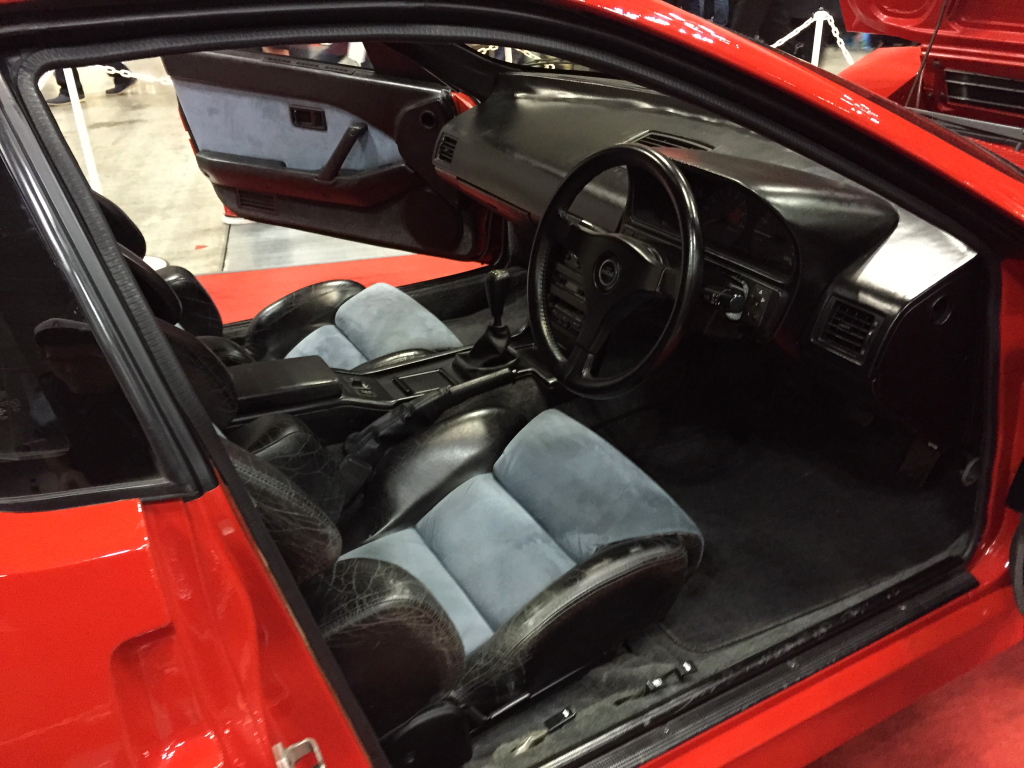 Inside, nice low seats, a good looking wheel, and a high console.
Fair bit of wear-and-tear to the side bolster for this 30year old showcar.. 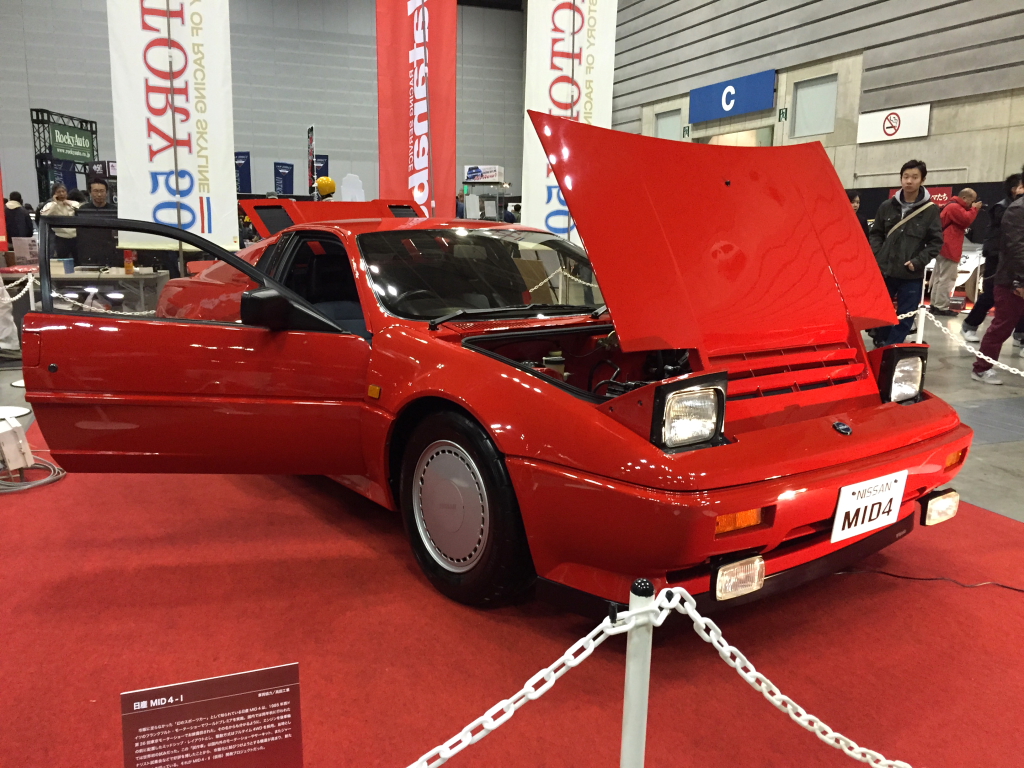 And one more image with the front-hinged bonnet open. I unfortunately didn't nab a pic of it in there for whatever reason..
Speaking of which; again, apologies for the phone pics. They're a bit grainy, the colours are odd, uneven, not centred, aaaand so on; BUT - with the alternative being me lugging around a DSLR there-and-back on the train... well.. phone pics it is!


A few more pictures, because I'm just really liking this.. 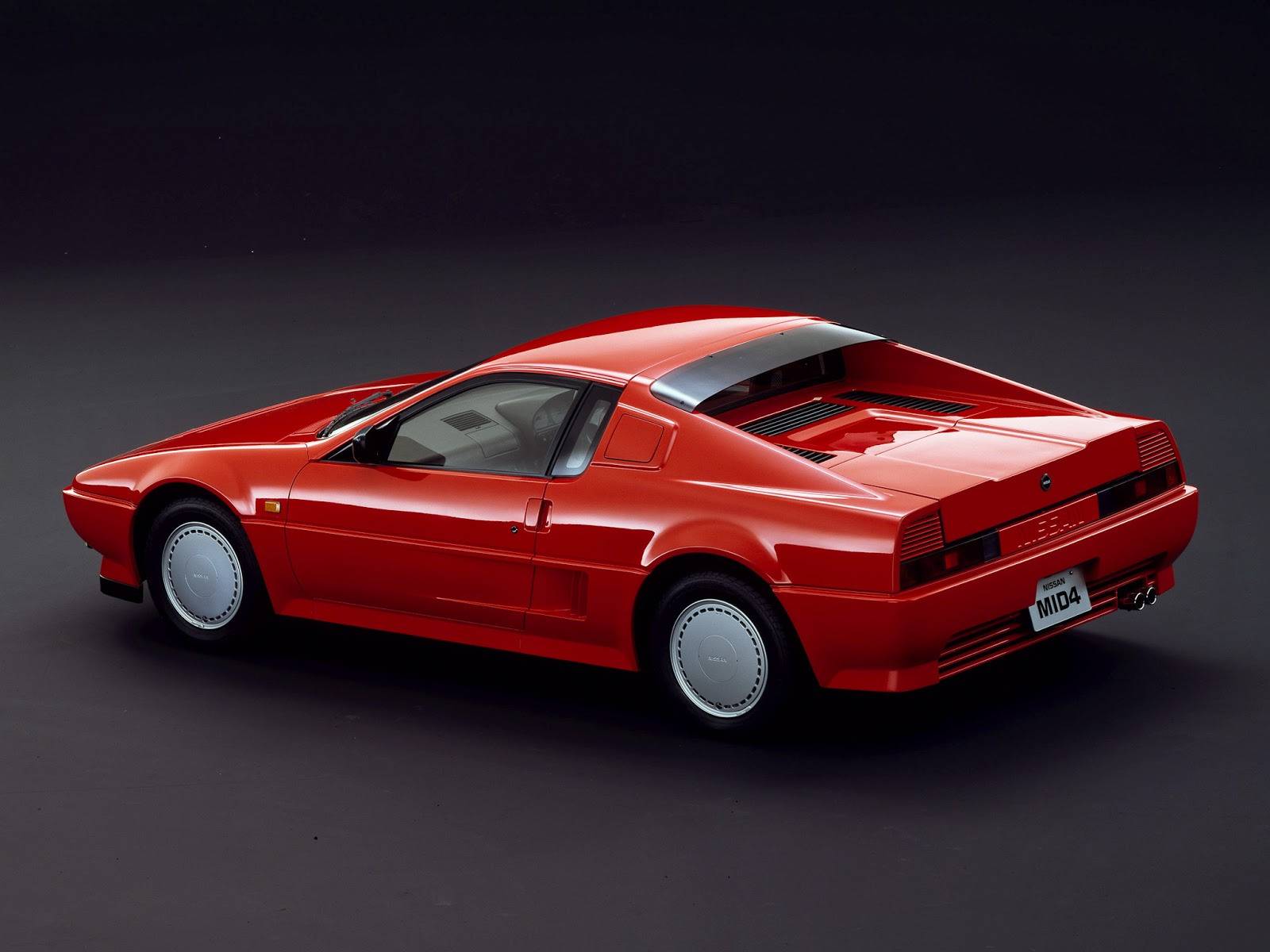 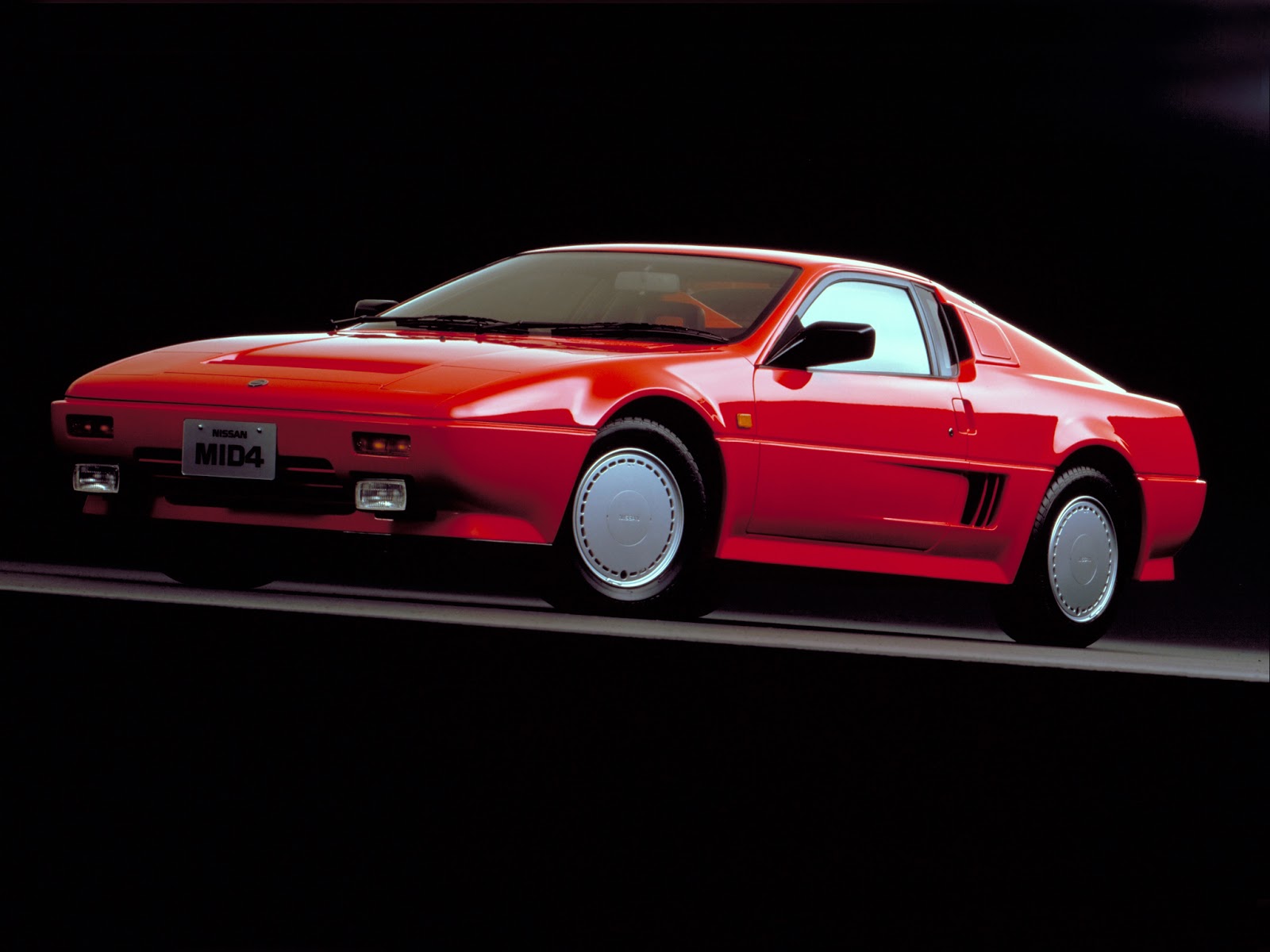 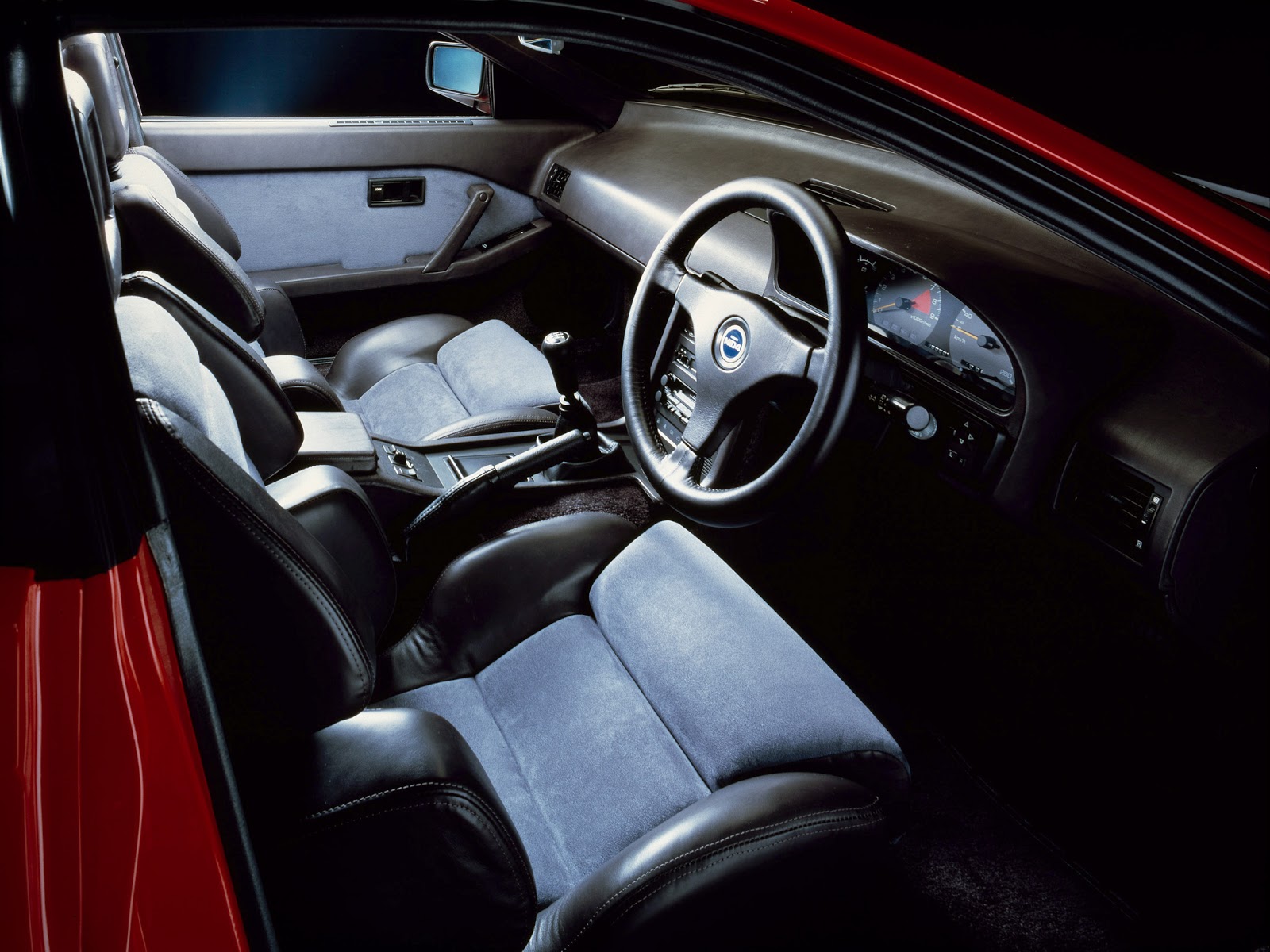 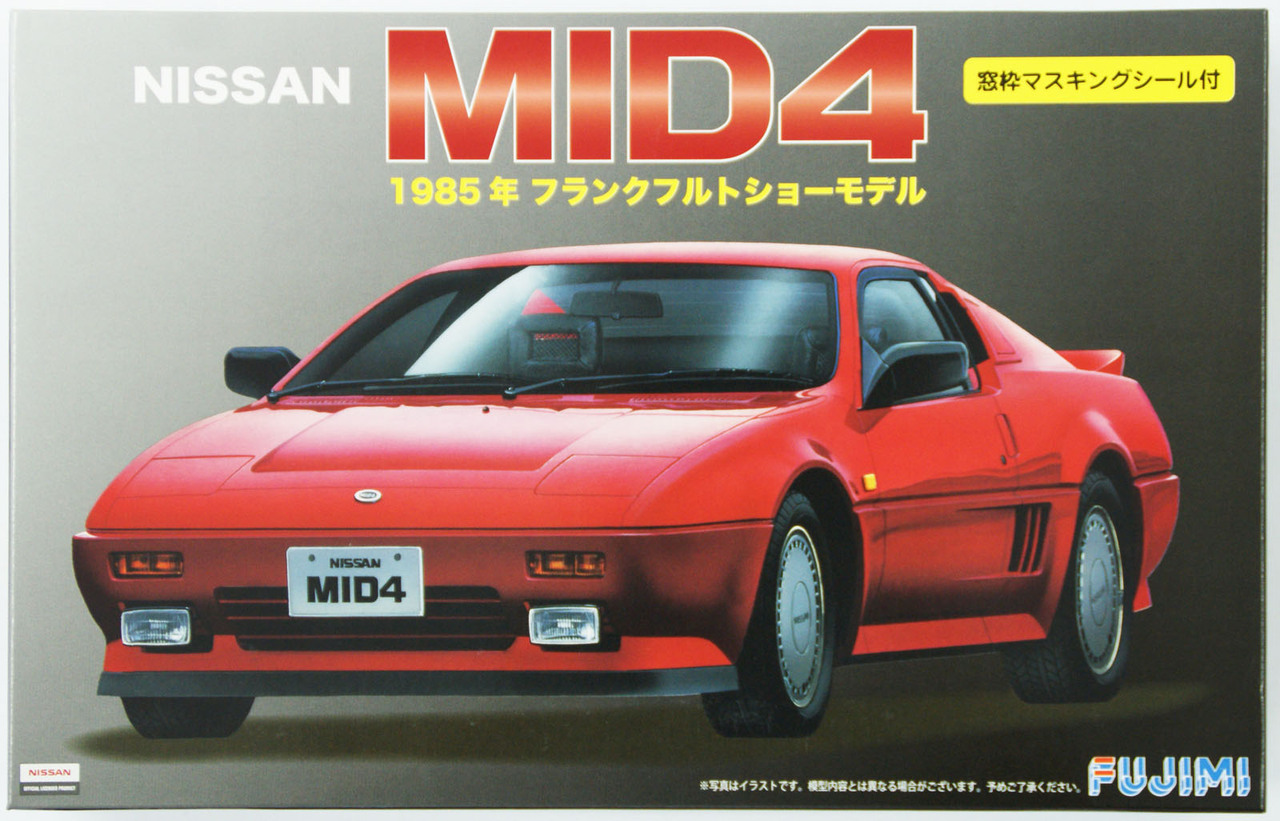 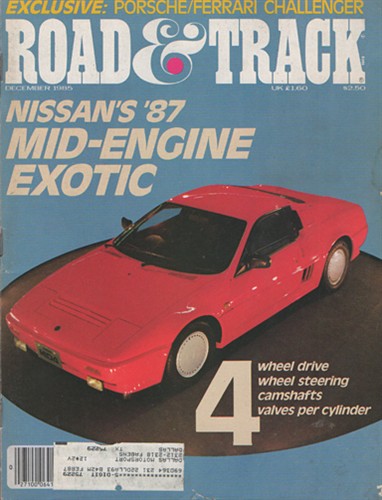 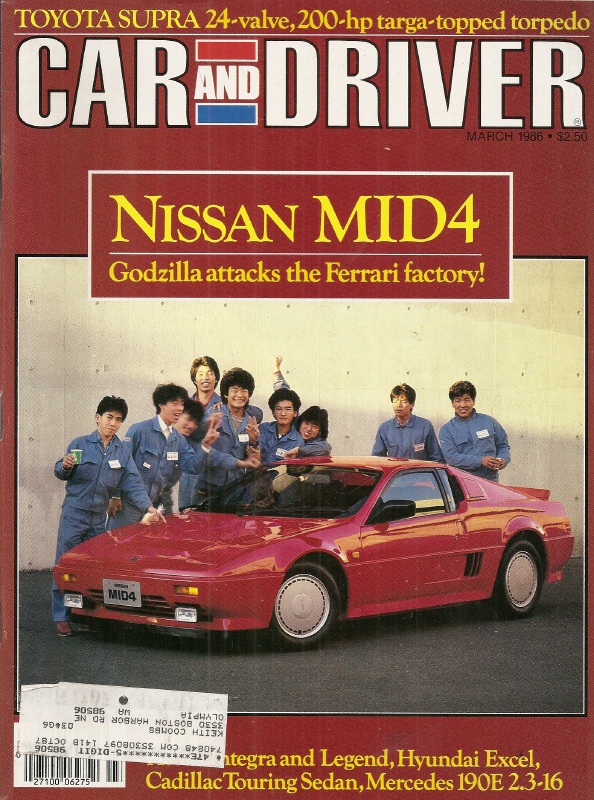 
Pop-up headlights, hanging foglights, a mid-mounted quadcam V6, around 220hp and 1230kg. Just a shame it didn't go into production..