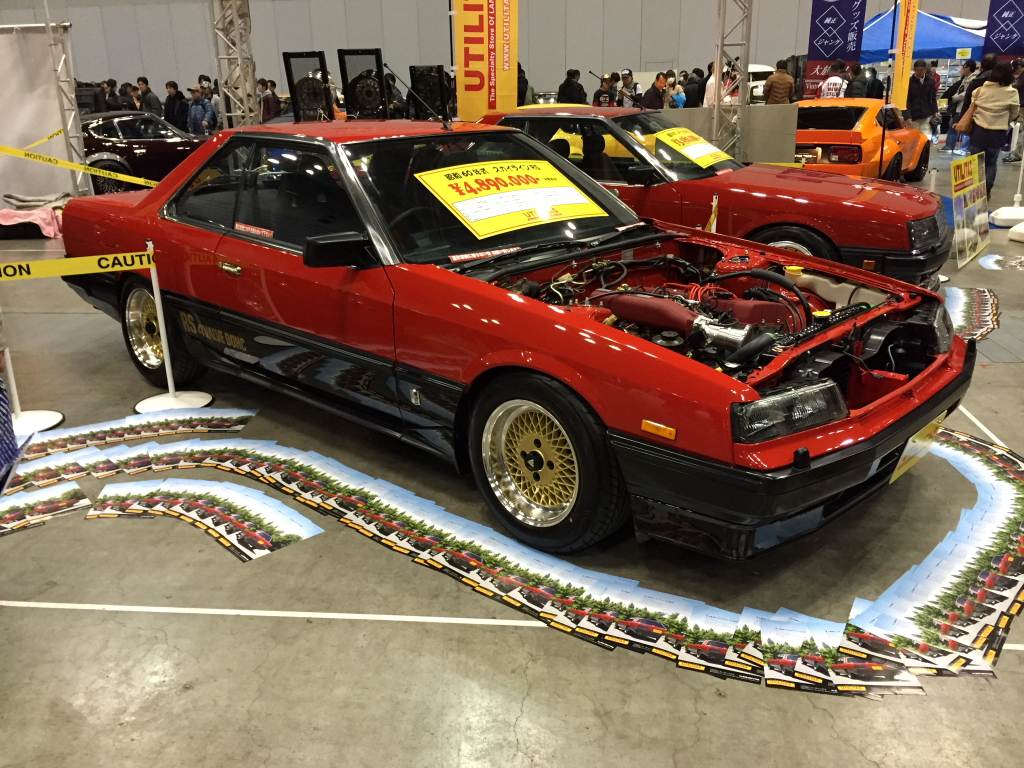 A pair of beautiful DR30 Nissan Skyline RS', displayed by Utilitas at Nos2Days this year. 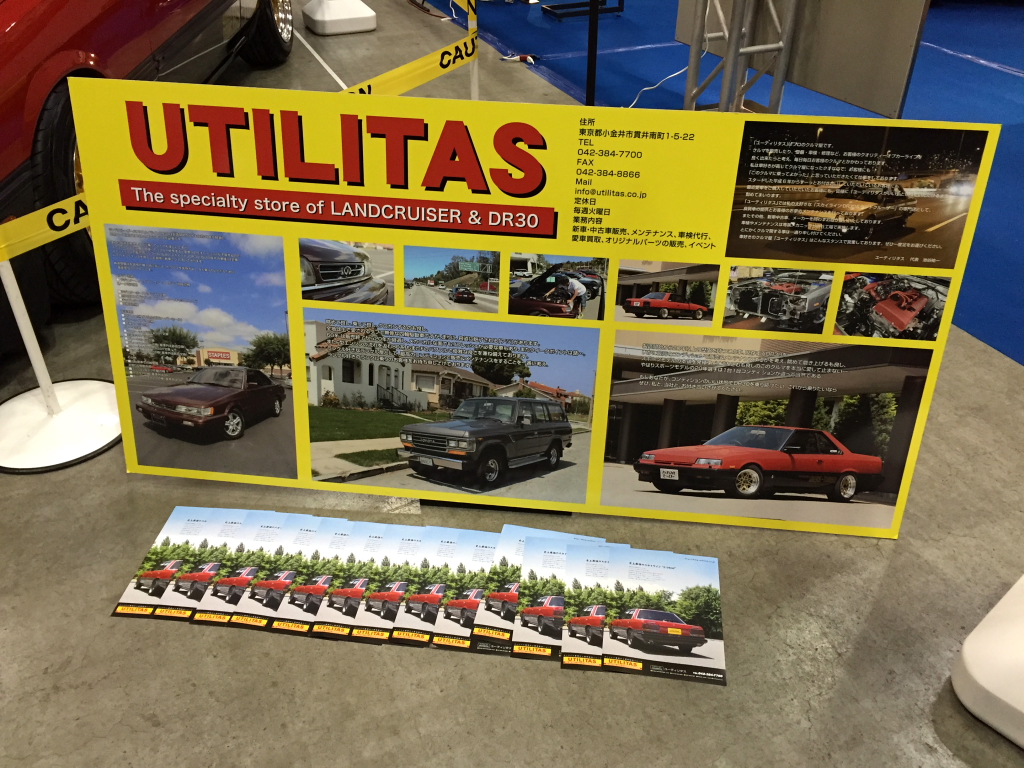 UTILITAS are a dealer & workshop specializing in Landcruisers and DR30 Skylines - an odd yet awesome combination. I've posted pics of some of their DR30's before here, here and here.
While there sadly were no 60-series Landcruisers on display the day I took these pics, the pair of DR30's - one early and one late (despite being only months apart) - were in spotless condition. Both coupes, and in what would have to be my pick of the DR30 colour combinations.. 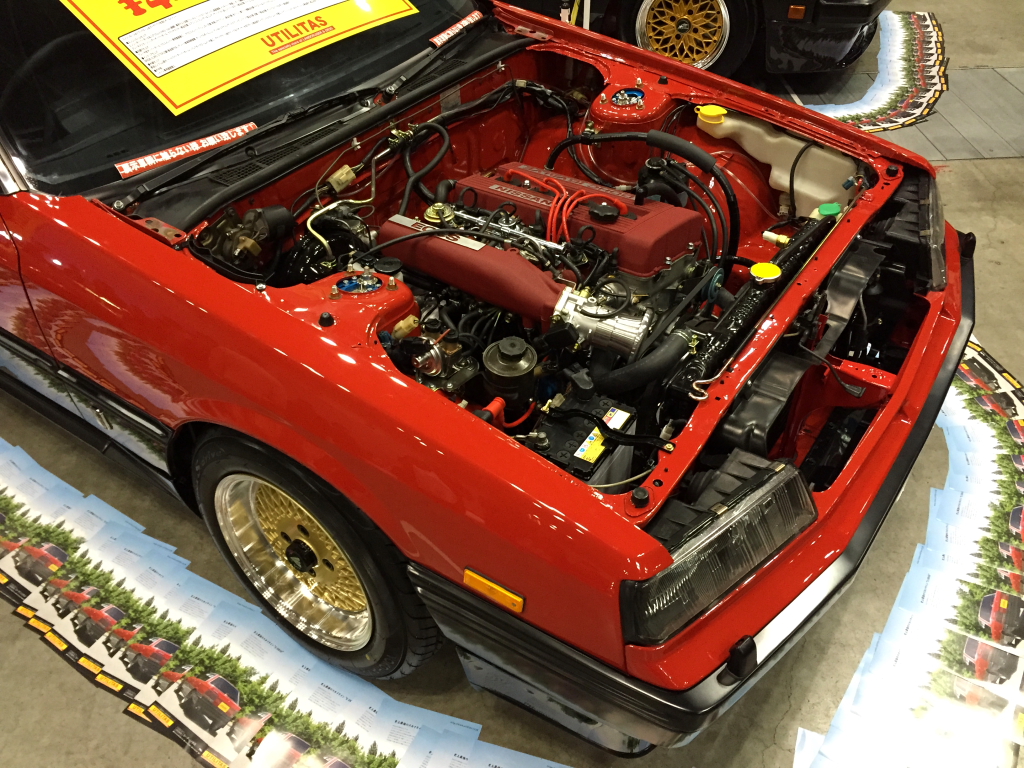 The later, update, 'Ironmask' DR30 RS; with the bonnet completely removed to give a clear view of the restored FJ20E. 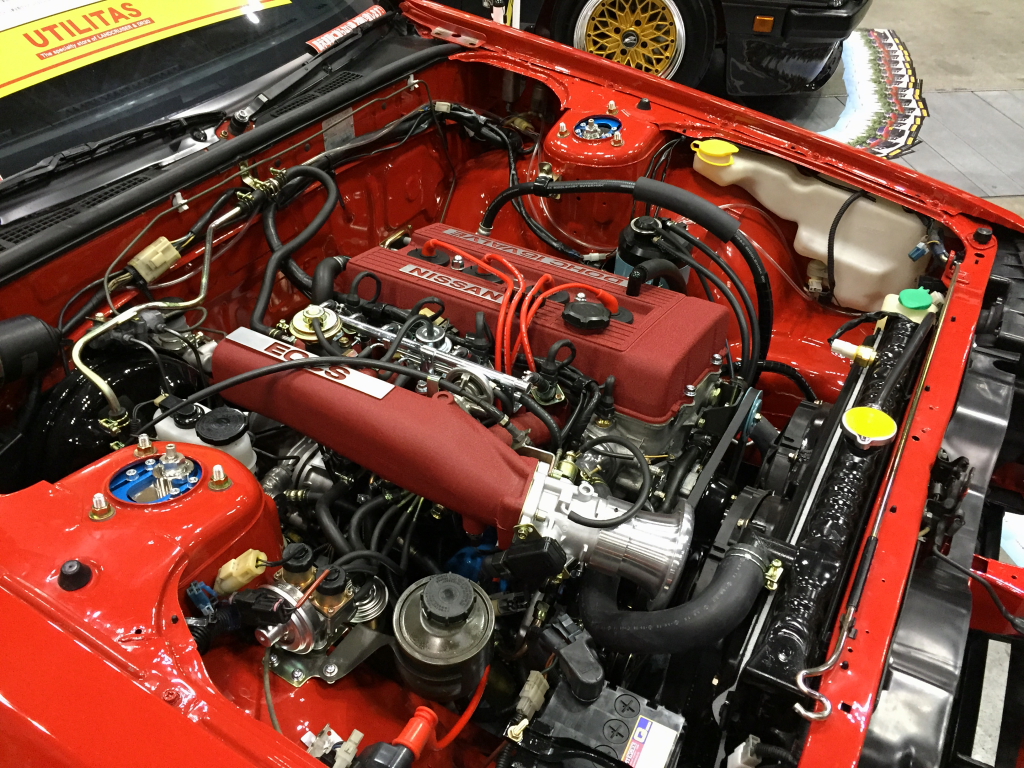 Interesting trumpet on the front of the intake, replacing the original intake ducting.. 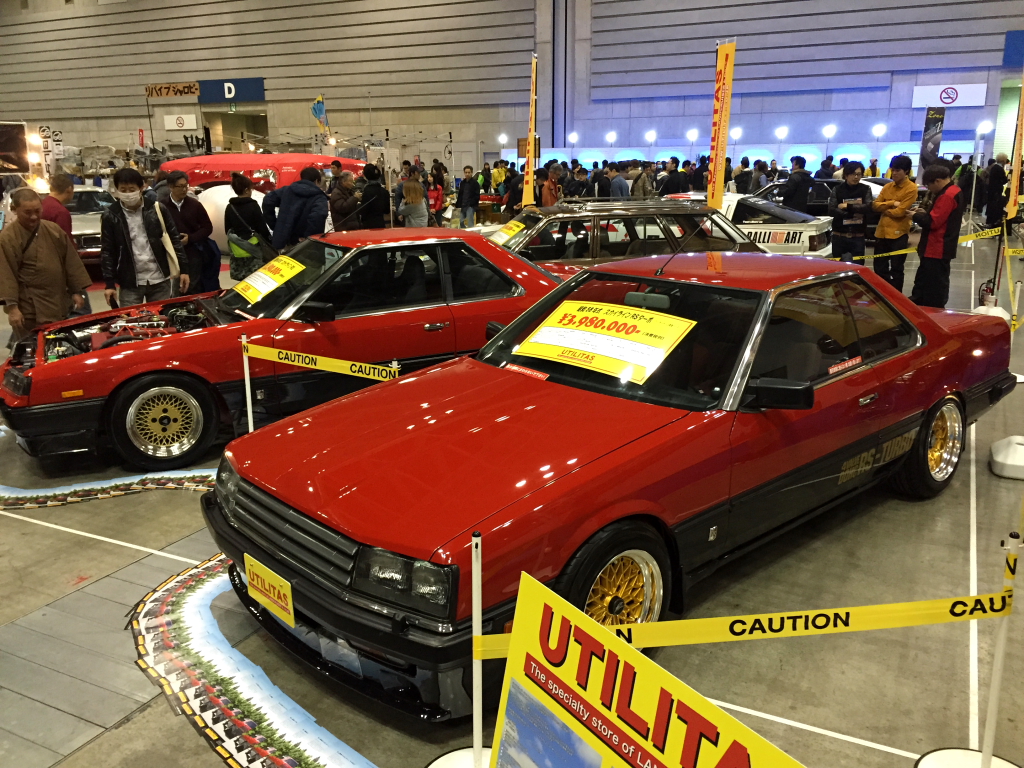 The other DR30, a pre-update RS-TURBO.
Manufactured in the small window between the introduction of the FJ20ET in early 1983, and the late 1983 update which would have had it looking like the car beside it.. 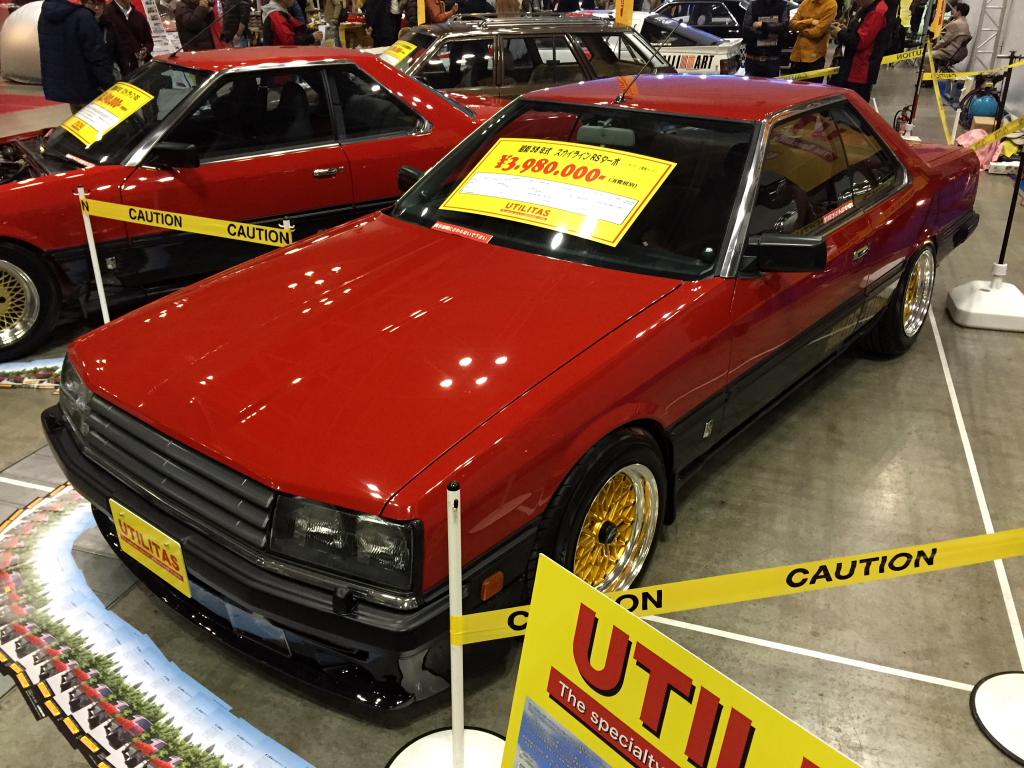 Here an agressive set of Star Road Glow Star wheels are used, which definitely seem a lot more 'gold' than the Enkei 92's on the other car. You'd get used to it, but I wish it was the more like the drier gold of the Enkei's, which seems to match the decals a little better. 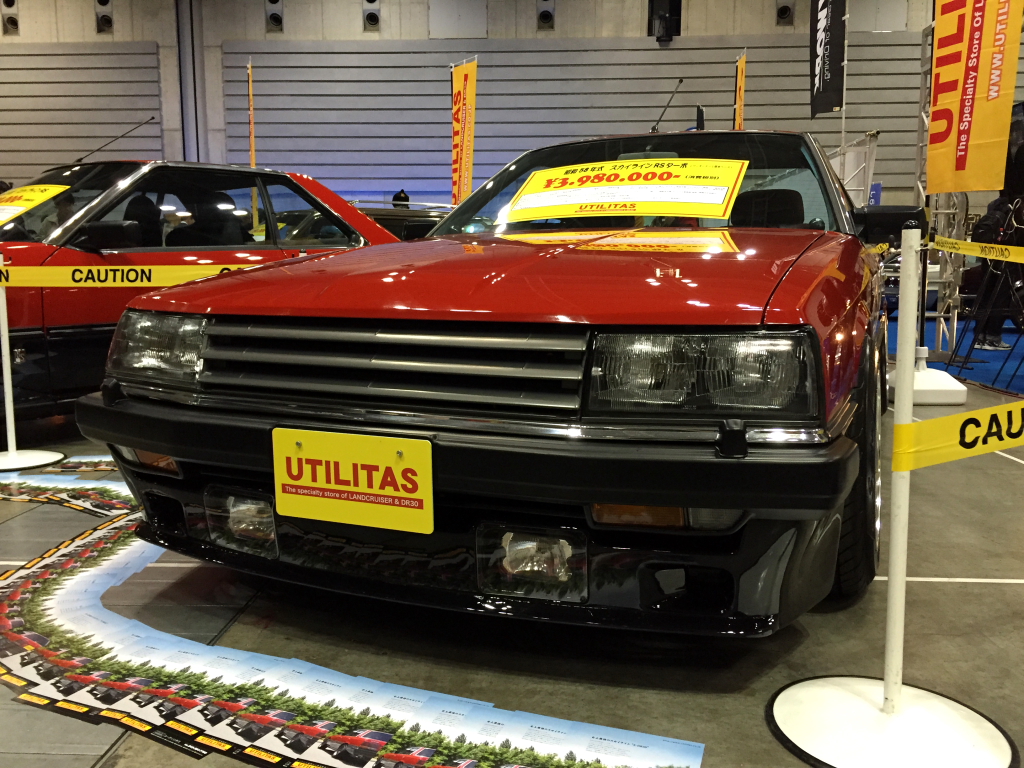 I'd love to be able to tell you more about this front spoiler, but I cant. Optional/accessory part? aftermarket? 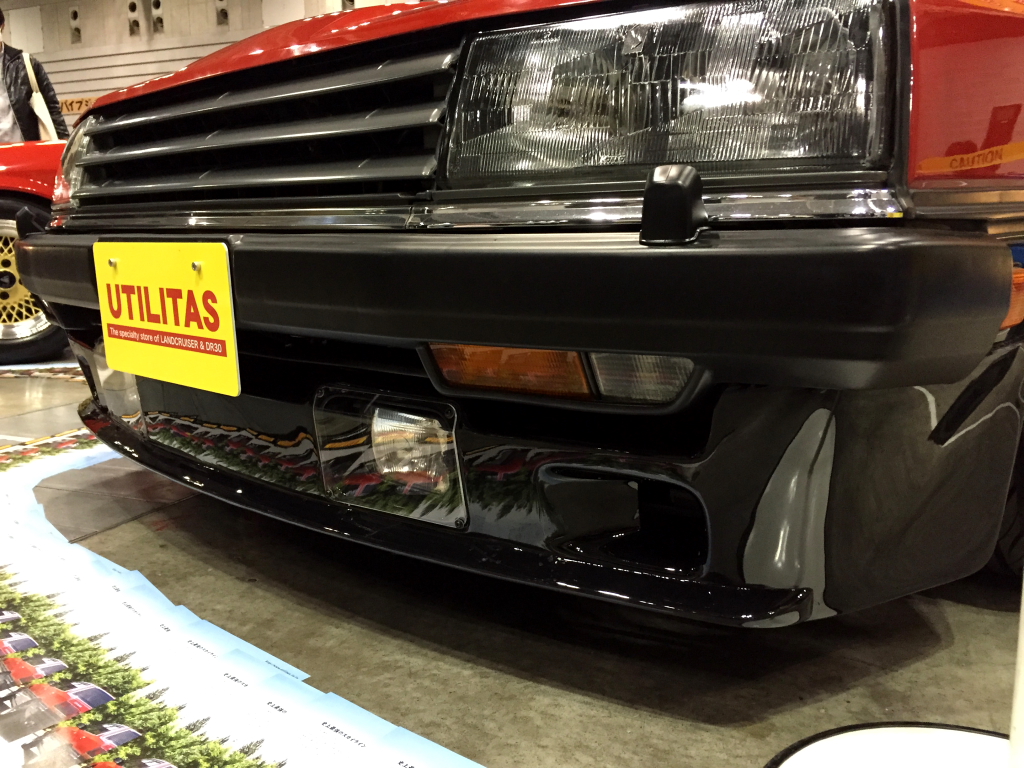 Regardless, I'm a huge fan. I love the large foglights positioned so close to centre.. and they're behind transparent covers? Just awesome.


At 4.9 and 4million yen for these respectively, they're not cheap. They are just about perfect examples of the model though, so for someone who missed their chance to buy a new one thirty years ago....