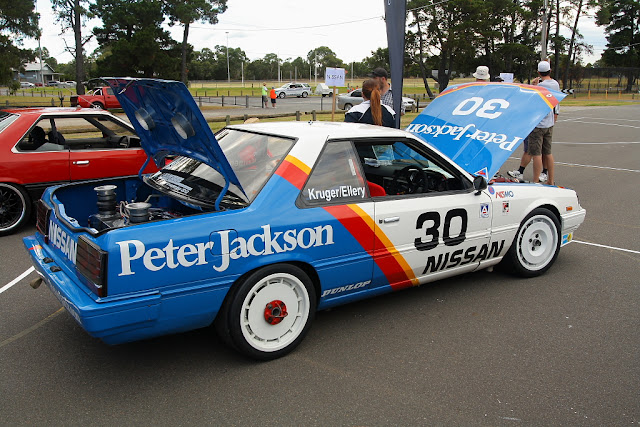 Took these photos at the Classic Japanese Car Show in feburary last year; and finally dug them out to share..

The car is a Group A DR30 Nissan Skyline, a Gibson Motorsport built car raced in Australia & New Zealand during 1986/1987. 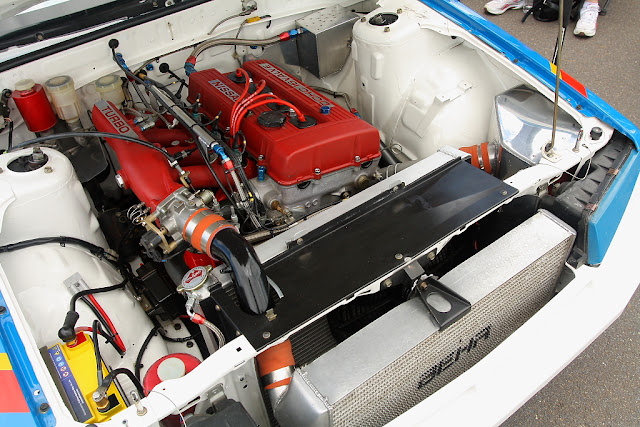 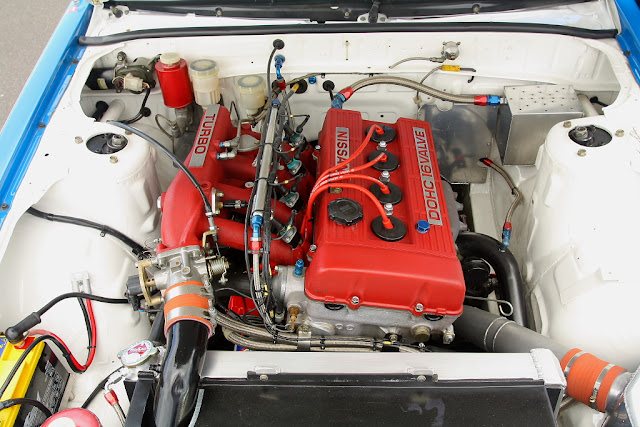 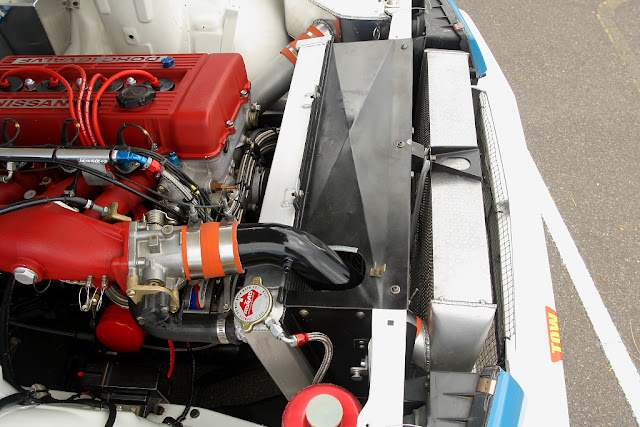 Absolutely spotless for an ex racecar!

The engine is the very factory looking FJ20ET, similar to (being a group A req.) what was found in the road-going DR30 Skylines - a 2-litre, 16-valve twin-cam four. 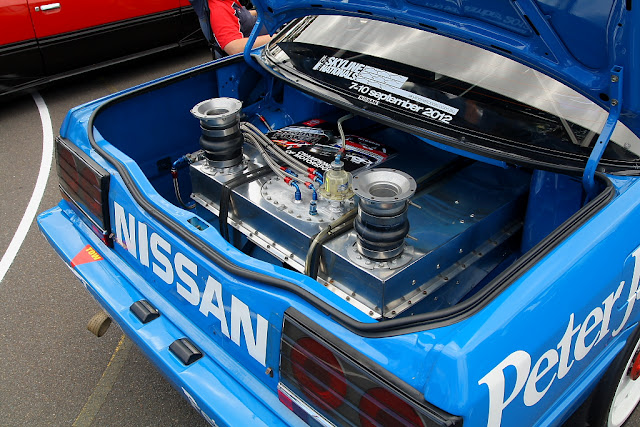 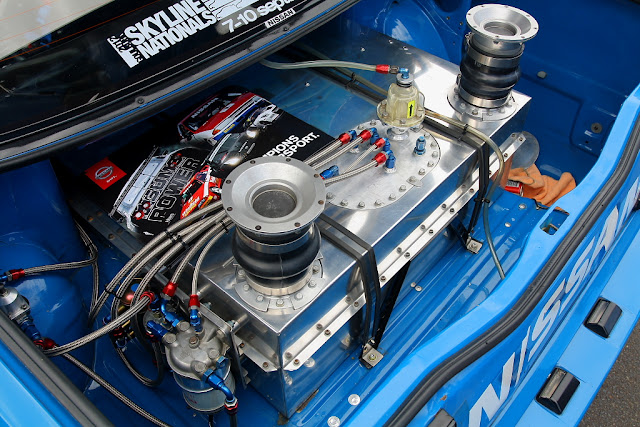 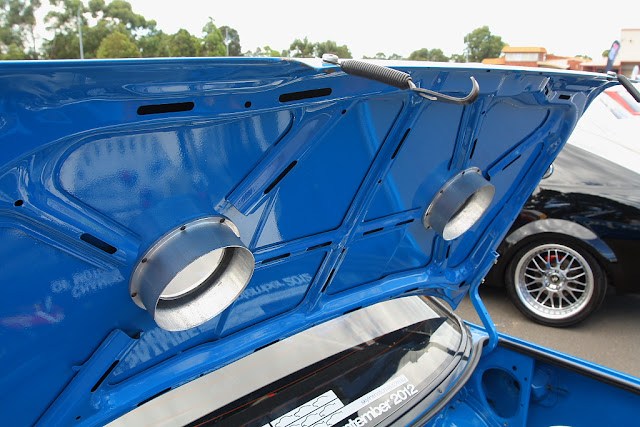 A couple shots of the fuel system in the boot/trunk; and the the fillers through the boot-lid 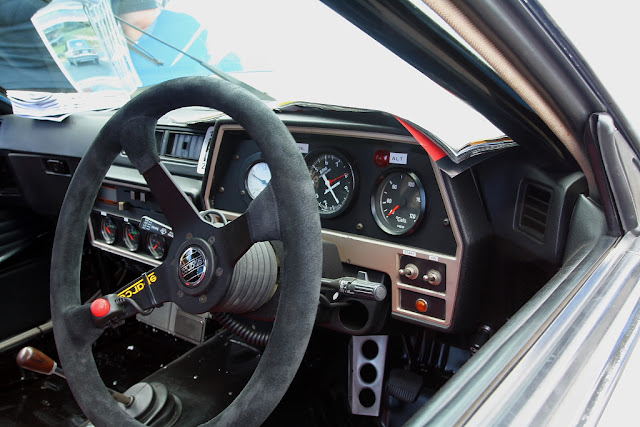 A shot of the interior, which is bare save for a bucket seat, harness, extinguisher and cage. The Sparco wheel is a later addition. Shifting is done via a Hollinger 5-speed.


Such a cool car; and awesomely is still getting run today.