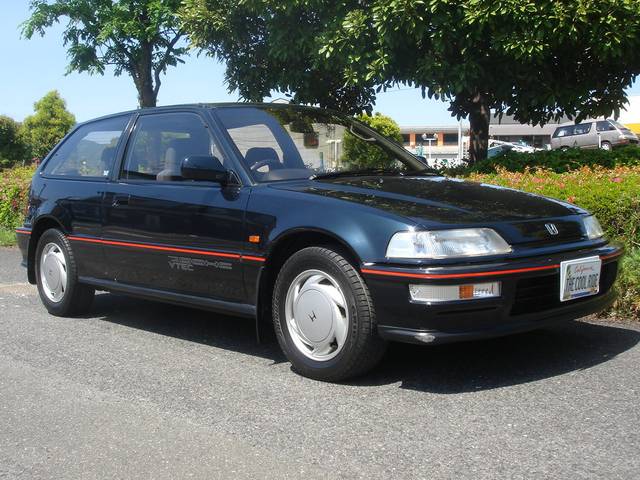 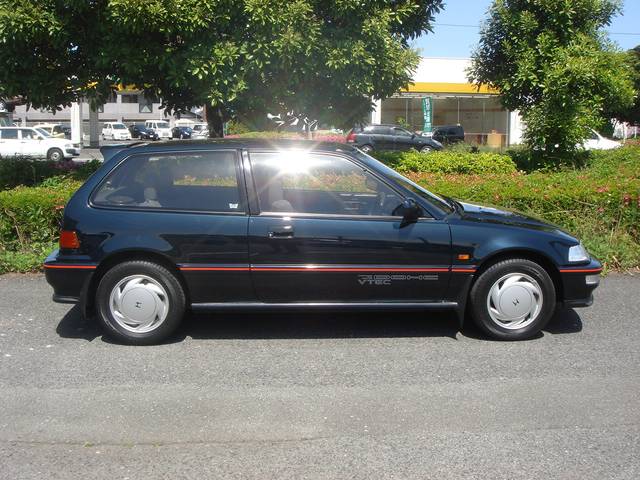 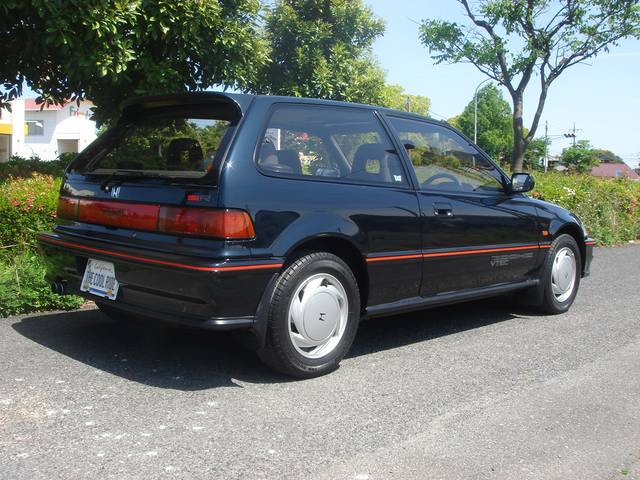 ...aaand HERE we have a really, really, nice 1990 EF9 Honda Civic SiR.
Although the fourth generation Honda Civic's were introduced back in 1987, it wasn't until a late-1989 update that the awesome B16A VTEC powered SiR model hit the market. 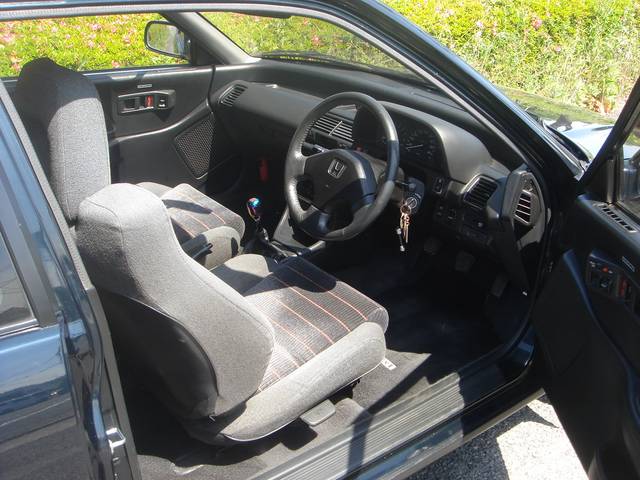 Being the top-spec of EF Civic's, this car has a sunroof, different seats, power windows, a trimmed wheel, etc etc; along with the various bits of aero, pinstriping, and decals added to the outside.
Despite all this, it still managed to hit the scales at less than 1000kg.. so the performance was definitely there! 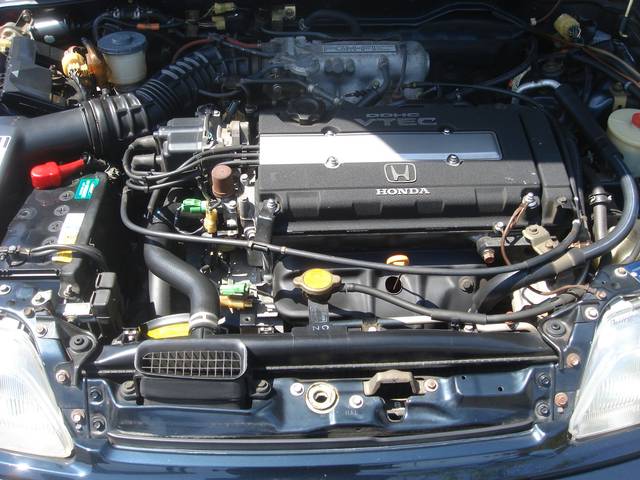 ..and provided by the star of the show - what made it the SiR - the B16A.
This is the engine that introduced variable valve timing 'VTEC' system to honda's, and the basic idea of changing cam profiles to cars in general.
It helped the 1.6litre, 16valve, DOHC inline four develop an impressive 118kw at 7600rpm, and spin on to 8100rpm! This was driven through a 5speed manual, with the option of a Viscous LSD.
This drive-line, combined with disc brakes and double wishbones at all four corners, made for a very impressive car overall.

I'd love to take one for a drive.. and i reckon this super-tidy navy-blue one would do just fine..