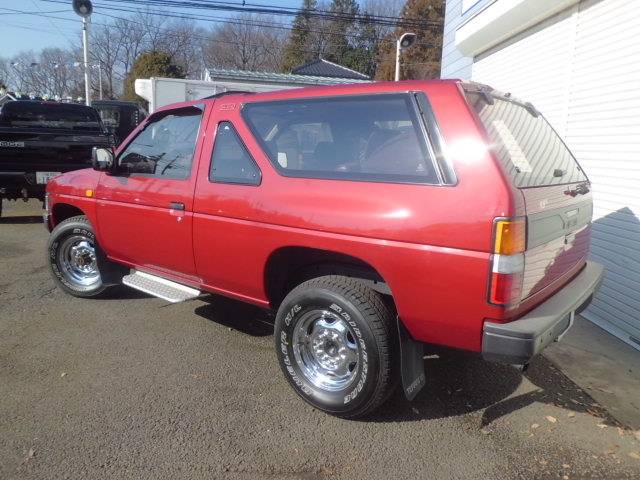 Nissan's entry into the small ute/truck-based, passenger 4WD market in the mid 80's - the first-generation D21 Nissan Terrano (Pathfinder).
Launched the same year as the Navara/Hardbody of which it is based, this model ran all the way through until 1995. The second generation Pathfinder followed, and two more generations again has the Pathfinder name still in production today..
..The D21 Navara though.. in true Nissan 4WD fashion (like the later D22, Y61...) just kept getting built; running from the D21 chassis' 1985 introduction to the late 2000's! 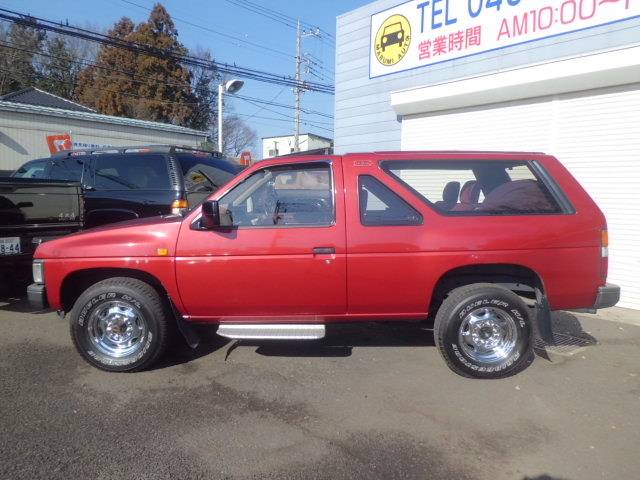 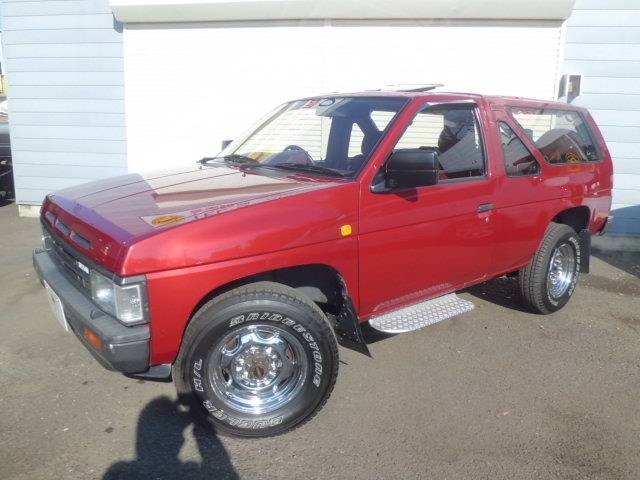 This particular car is an early, top-spec car - a 1986 Terrano R3M 2door. A 4door was also available.
It seems that while these are getting fairly rare to see, they're still not particularly sought-after.. with this excellent example currently for sale at a dealer in Japan for only ~700k Yen..
Not much money for something different, that has managed to stay this neat for just off 30 years! 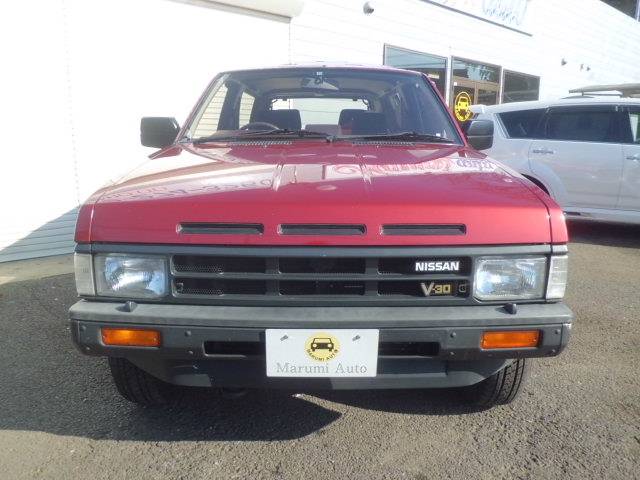 The fact its not the prettiest thing about, may be scaring some people off; while the road-friendly suspension configuration might keep more serious four-wheel-driver's away.
Being small-truck based has it on a separate chassis; but is a torsion-beam, double-wishbone, independent front.. and 5-link coil-sprung solid rear. 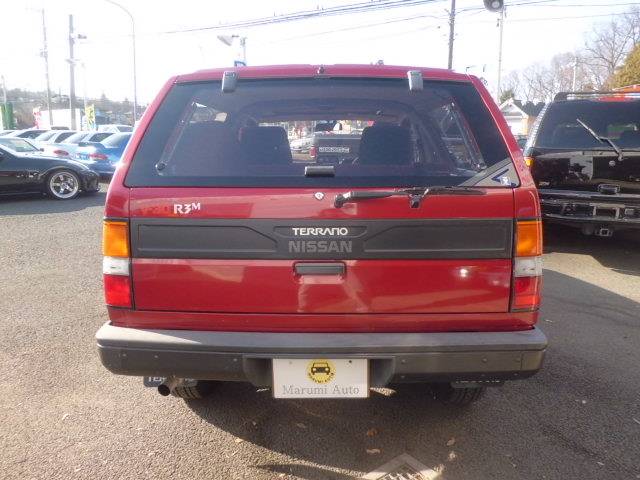 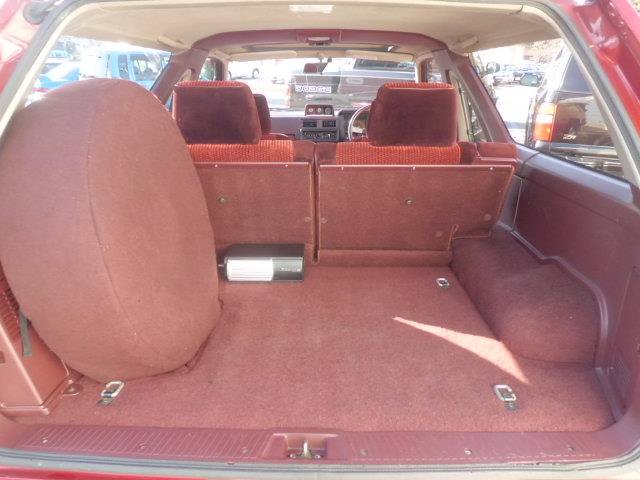 Useful opening rear window in the lift-up tail-gate, but having the spare wheel mounted in the interior is a bit of a pain. Exterior, underfloor, would have been nice.. but there was definitely a rear-mounted tyre carrier on some years.. or offered as a genuine accessory.. 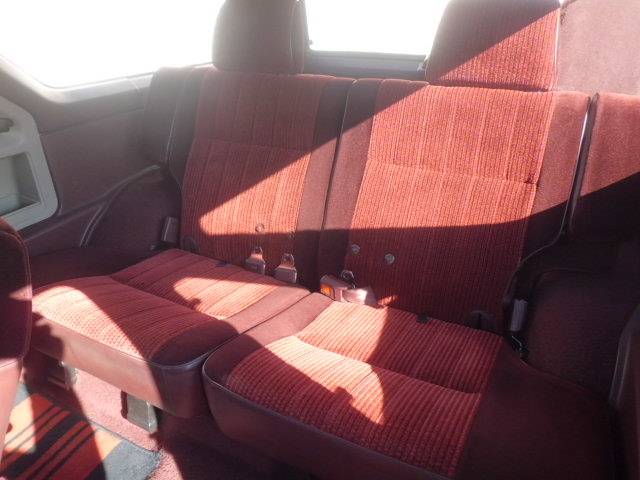 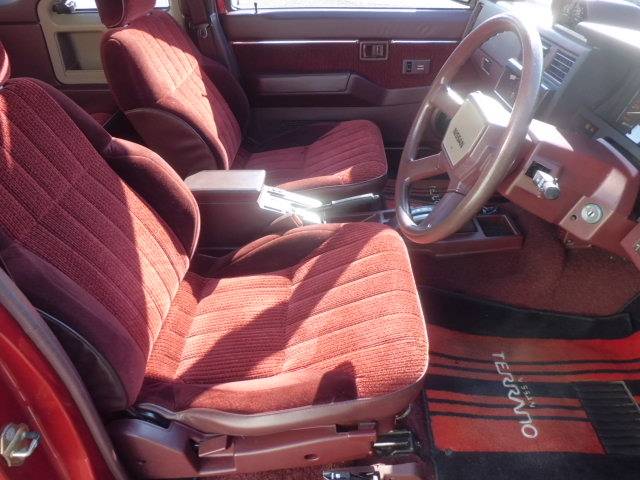 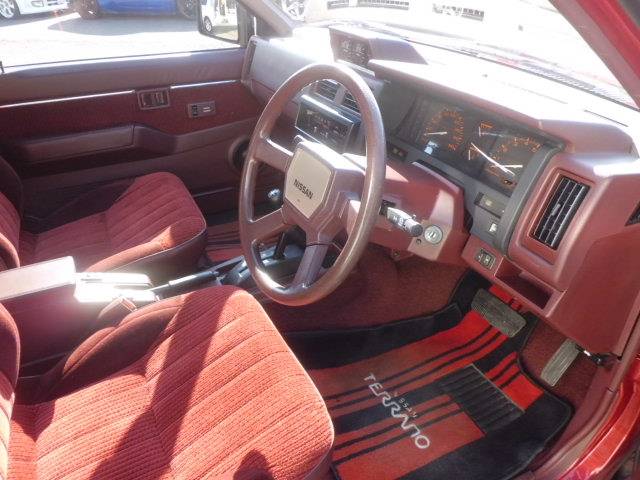 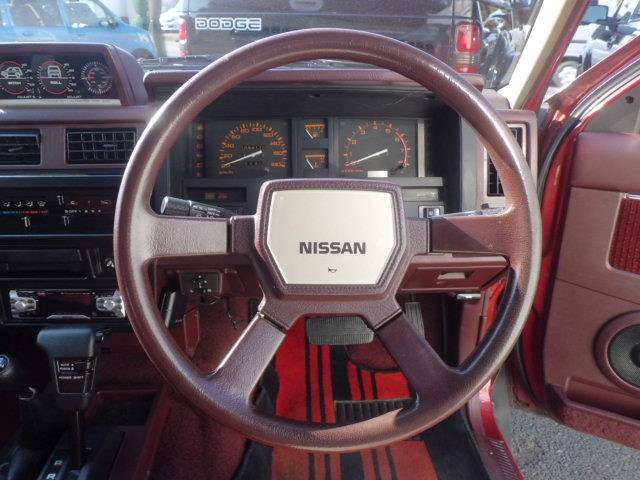 Love the red-on-red interior, and the additional (hilux-esque) gauge pod mounted on top of the dash.
Usual Nissan again with plenty of recognisable (shared) interior pieces and trims.
Awesome factory mats there too.. 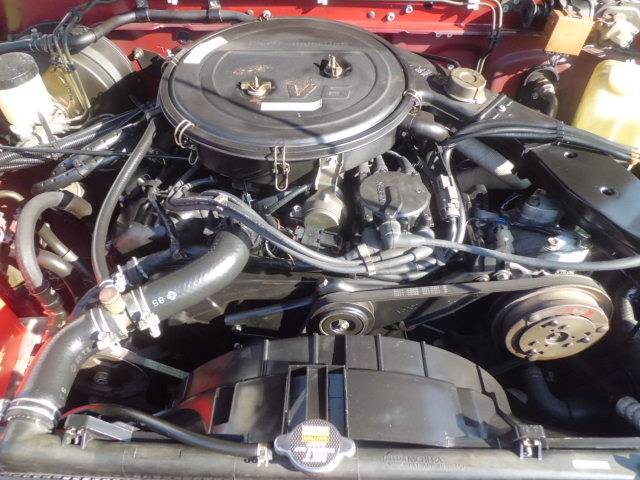 Being an early build car, means the SOHC, 3.0litre, V6 is in single-point injected VG30i guise rather than the multi-point VG30E version.. but it still made adequate power and torque compared to some of its 4cylinder competition. The auto mated to this particular car's V6 probably isn't helping forward progress though...
If petrol wasn't for you, there were also turbo and non-turbo versions of a 2.7litre diesel available.