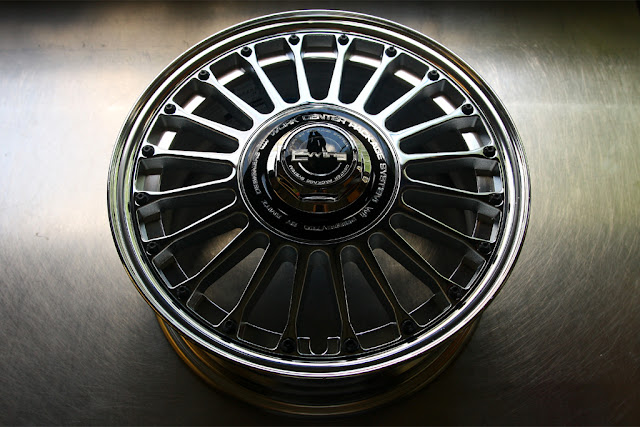 Work's equivalent to SSR's EX-C Fin.. and one among many similar wheels produced by basically every manufacturer you can remember.
Like the SSR's; the Ewing range consisted of a mesh (the Ewing I), Fin (the Ewing II here), and a 5spoke (the Ewing III).
As the brochure below shows; these came in a huge range of sizes, finishes, and face mounting styles. These are the Full Reverse (largest face possible, in the reverse of the wheel) in the bright, full-polish and chrome finish. These included Work's equivalent of the SSR Electron Lock setup. 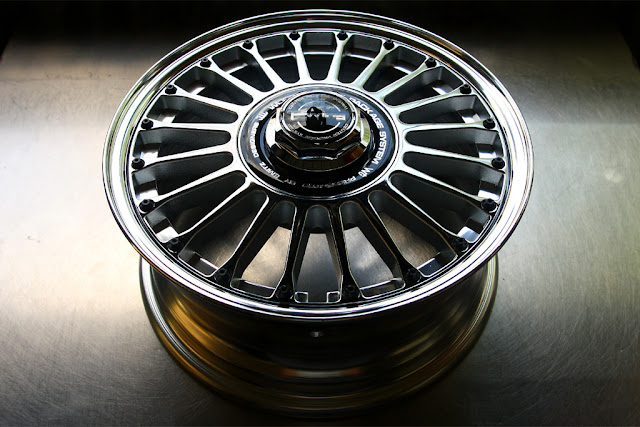 I picked these up sometime last year. Terrible sizes, but NOS/unused - and those terrible sizes beautifully matched a set of same-era Ewing Emotion's I already had! 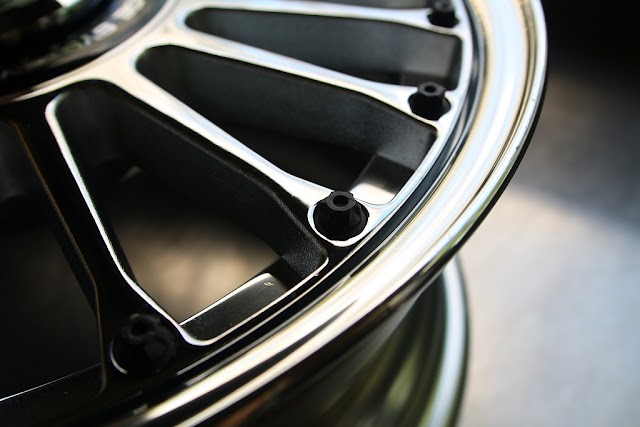 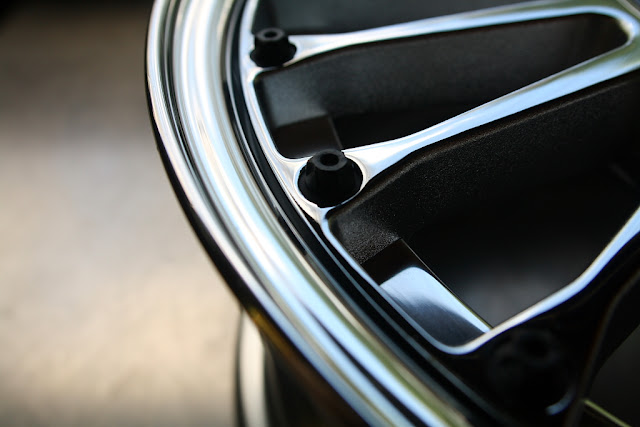 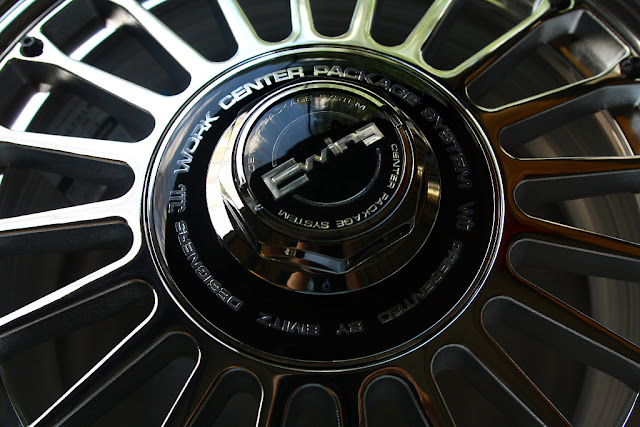 ..regardless, its the detailing on these wheels I love anyway - so here's the parts I want to see, minus a huge premium for a redundant 4" of lip!

As usual, the wheel in detail.. 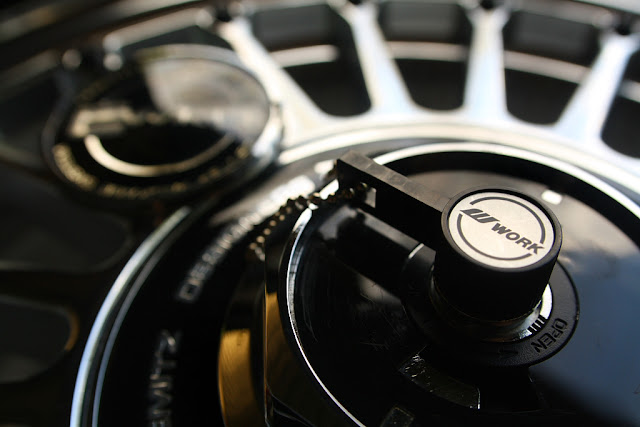 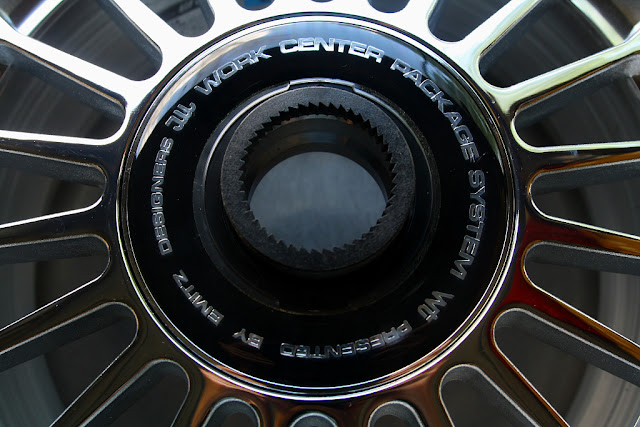 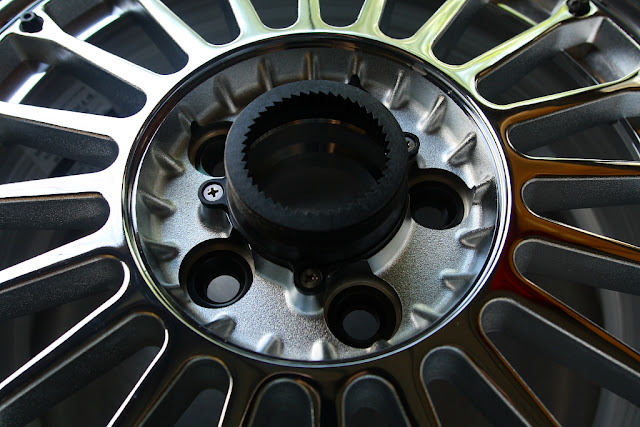 ..and plate removed. Not a huge fan of the plastic threaded collar (unlike the aluminium used on the SSR's).. 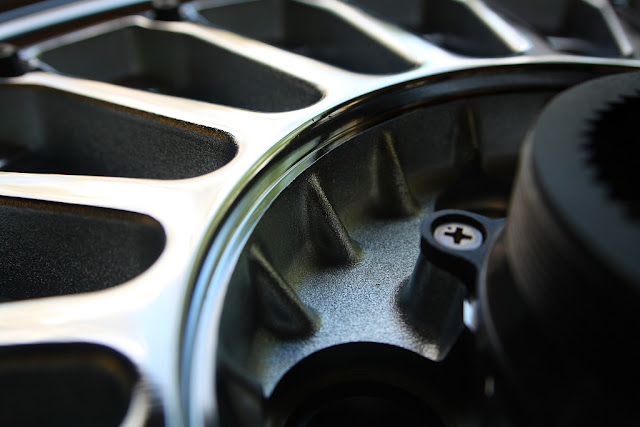 ...but those neat little gussets more than make up for it here! 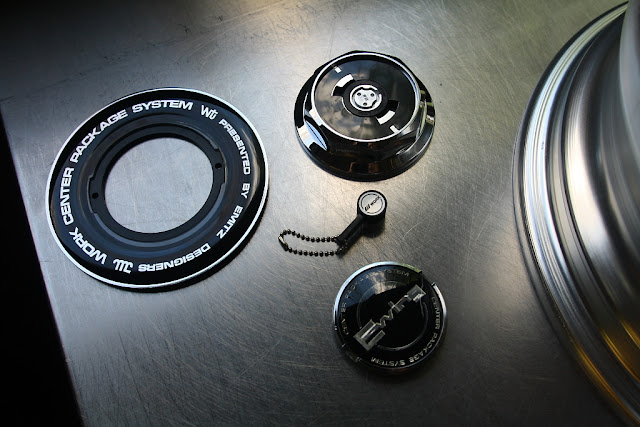 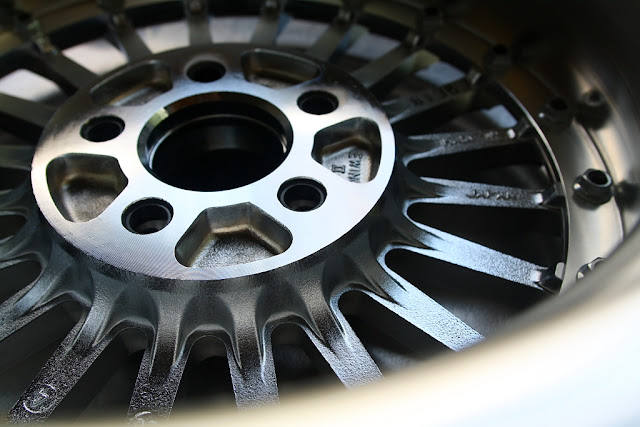 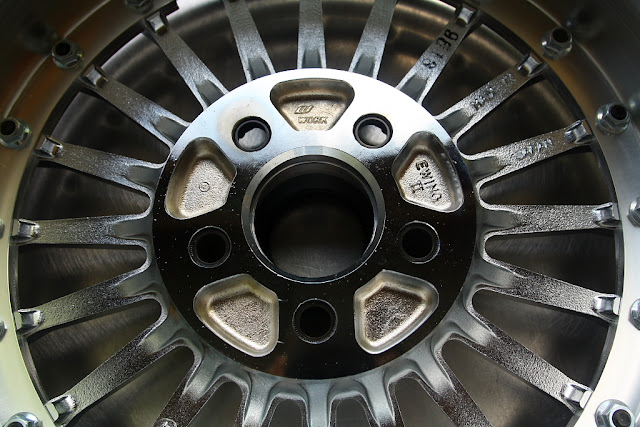 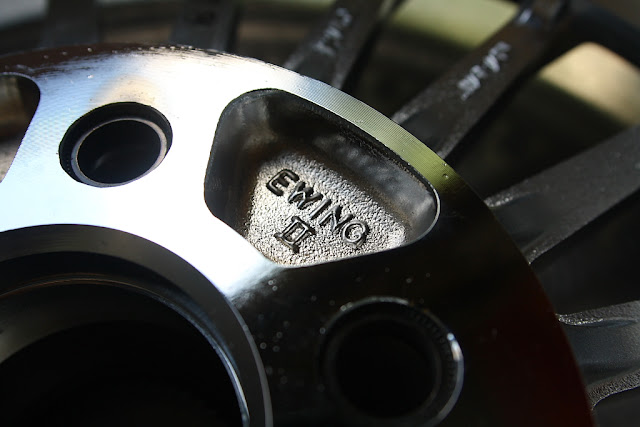 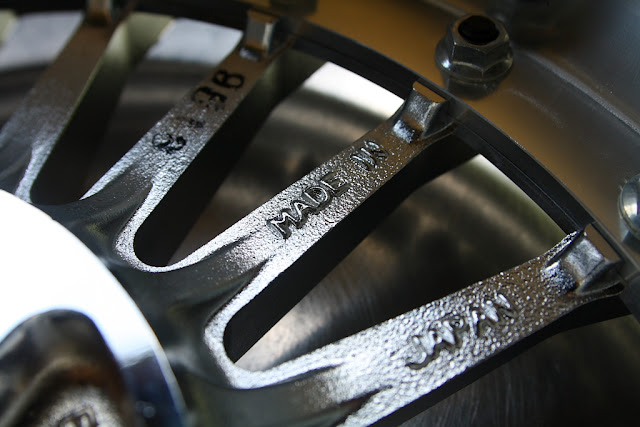 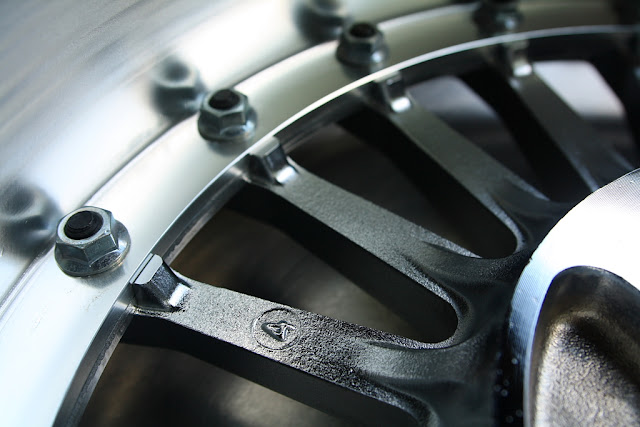 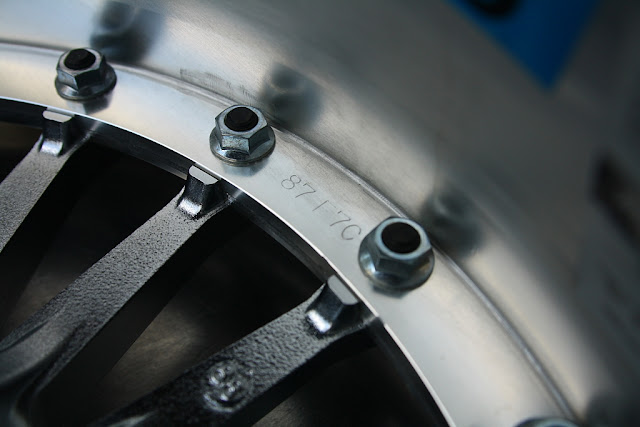 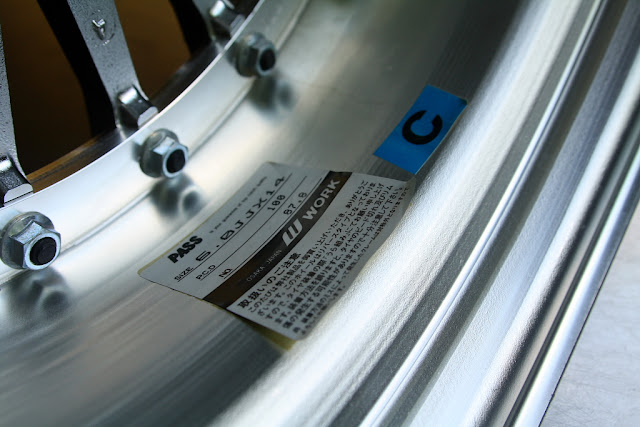 All very nicely finished in the back; just maybe not quite as sharp as the Heroes Racing's I posted here before. Still, very nice.. and goes a long way to justify the 36,000Y each these were new in 1986..! 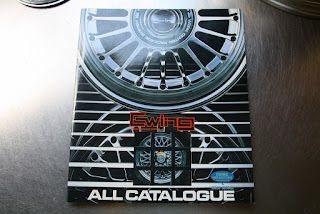 ...speaking of which - the Work Ewing range catalogue from late 1986. 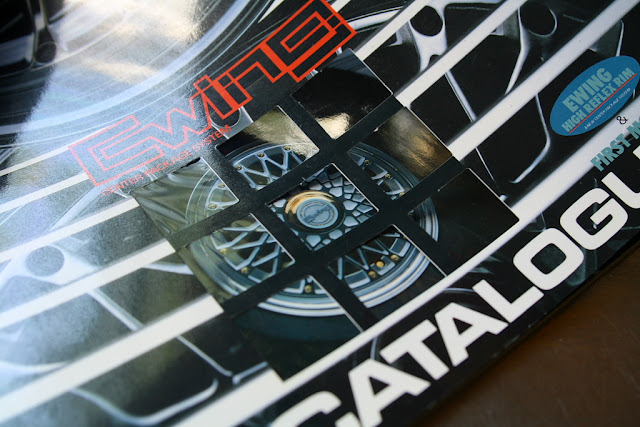 As with the Ewing Emotion brochure in the link above; this is nicely printed, big glossy pics.. aaand an odd window (complete with clear plastic film!) in the front cover, showing the wheel in the next page..! 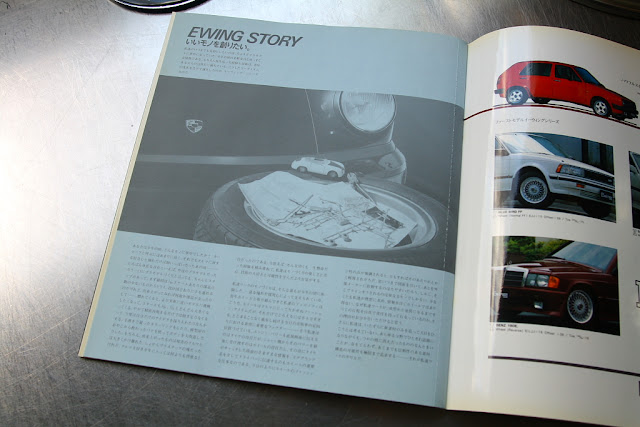 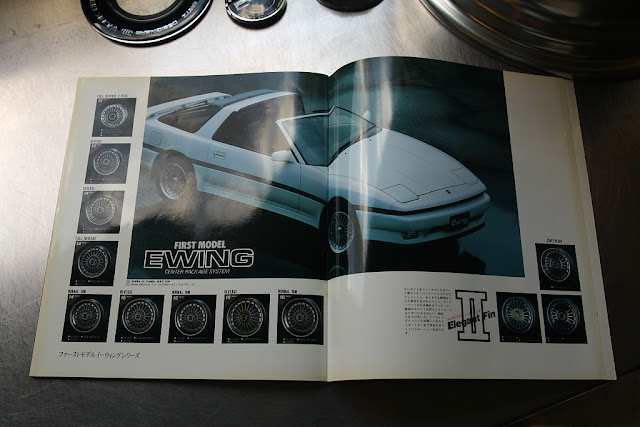 ..while on the Ewing II pages, a MA70 Supra Turbo; aerotop targa panel removed, and a full-reverse set of Ewing II's in 16x7". 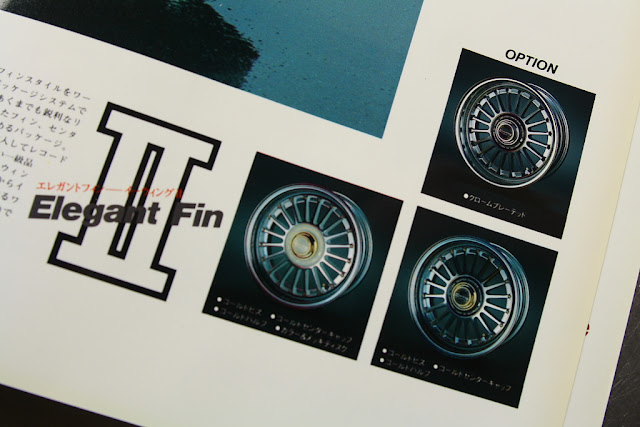 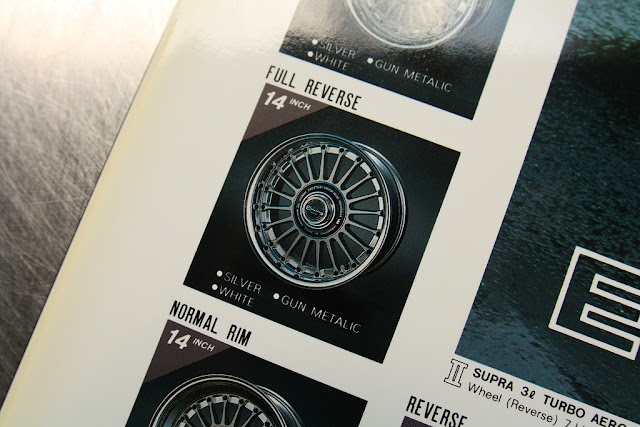 Closeup of the Full-Reverse 14" version, like the set I have here. 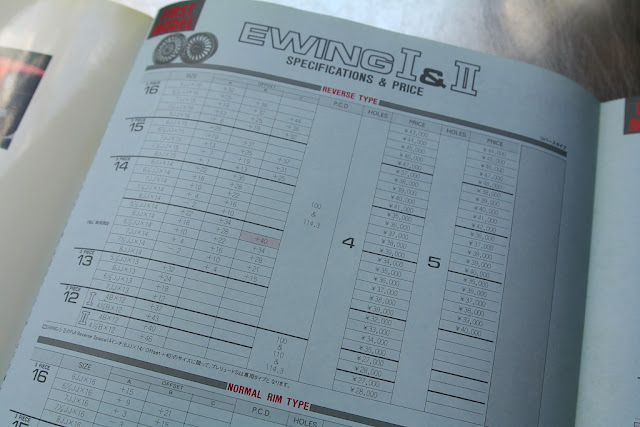 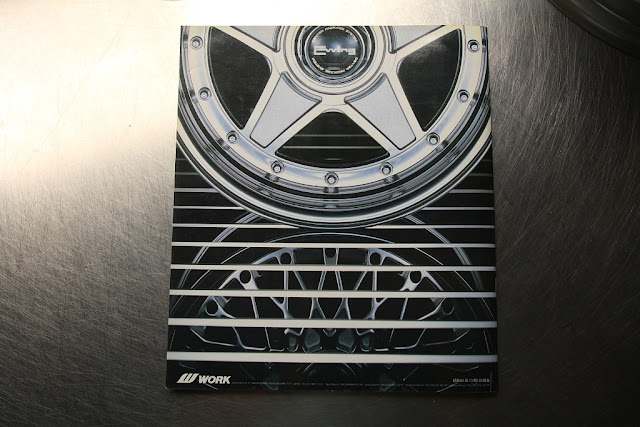 Great rear-cover image of an Ewing III, with Ewing I as a reflection. Would make a great poster... 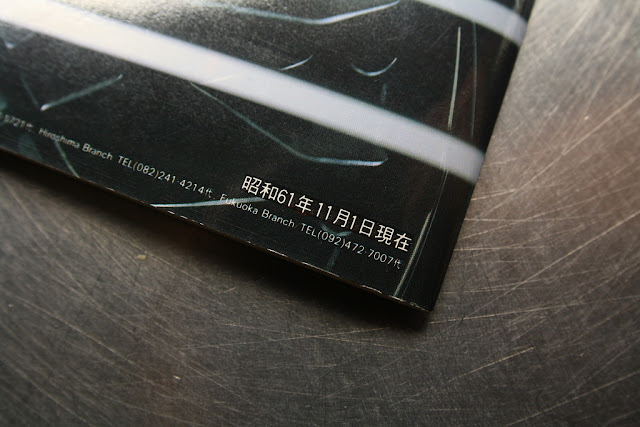 
Done. Nice little wheels to have.