Livin' on a Prairie.. 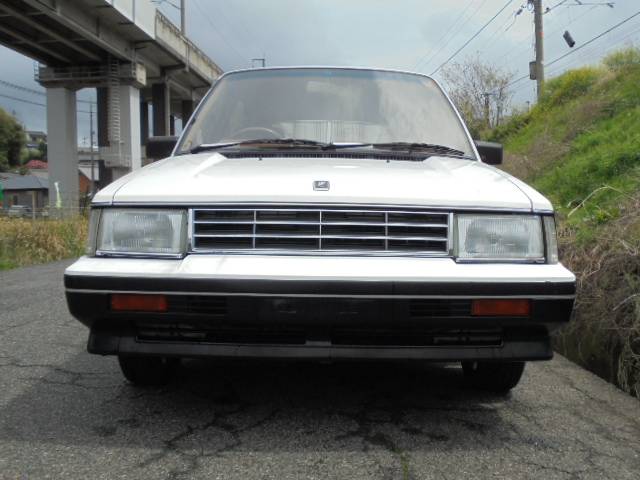 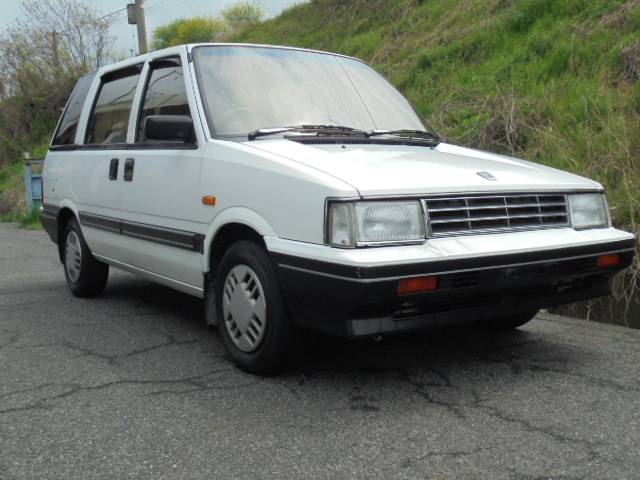 The Prairie was to Nissan what the Shuttle was to Honda, the Tercel to Toyota, the Nimbus (Chariot) to Mitsubishi, and so on..

..but its the Prairie in particular that I find most amusing. A Civic Shuttle is cool nowadays, and the Tercel has a definite following; but the Prairie... ooh... 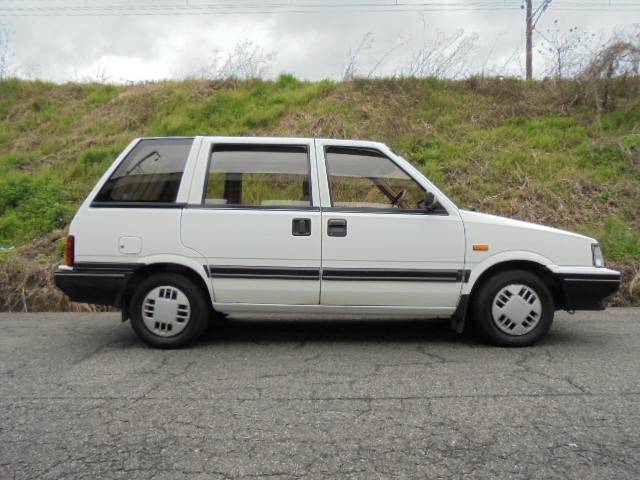 ..I think its that side profile..
The slab sides, long bonnet, tiny wheels, and glass-houses' combination of high-roof-and-low-beltline.. 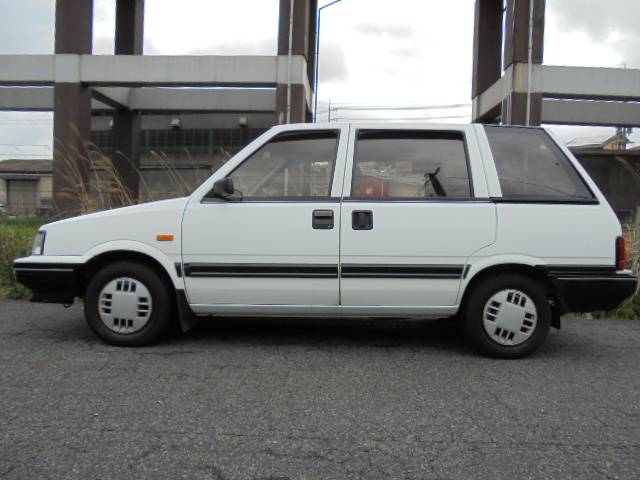 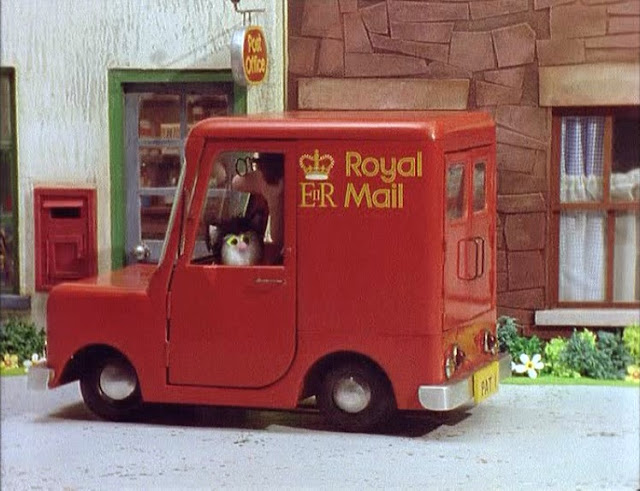 ..just makes it look like a 5dr version of Postman Pat's Royal-Mail-supplied work car.
Get a tall hat. 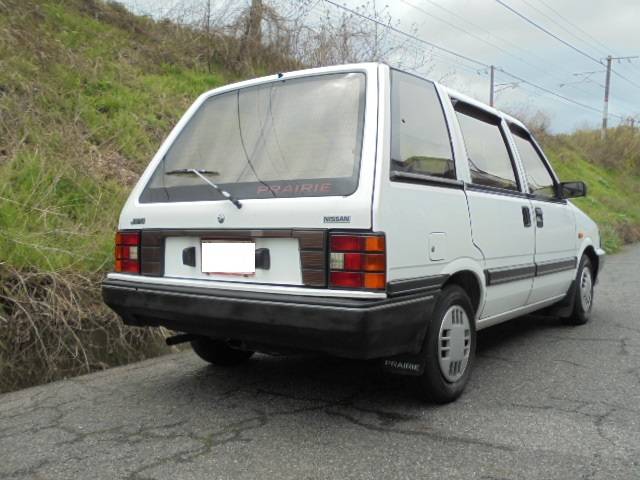 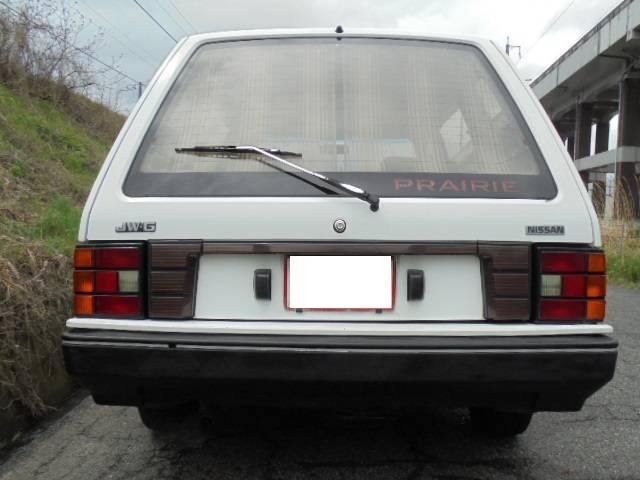 At the other end (may as well refer to this as the front, because why-the-hell-not..), we've got rubiks-cube tail-lights separated by around 5feet of minimalist garnish, and one very tall rear screen. The blackout, with an admittedly quite tasteful and subtle Prairie text, forces the wiper to have a strangely odd arm-to-blade ratio. Would like to see the hilariously graceful arc this creates..


The Prairie's one main 'trick' though? 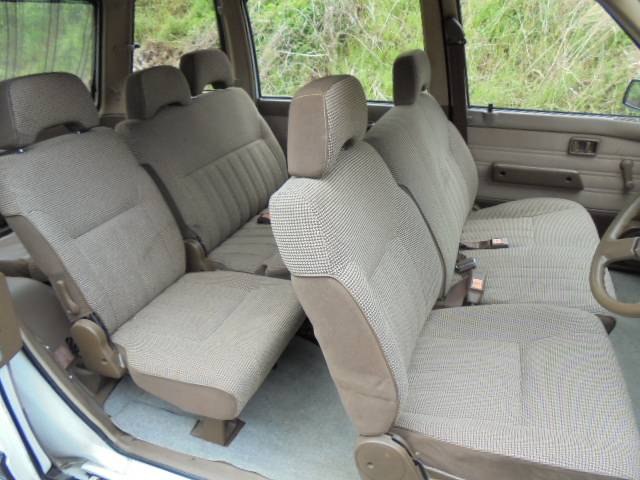 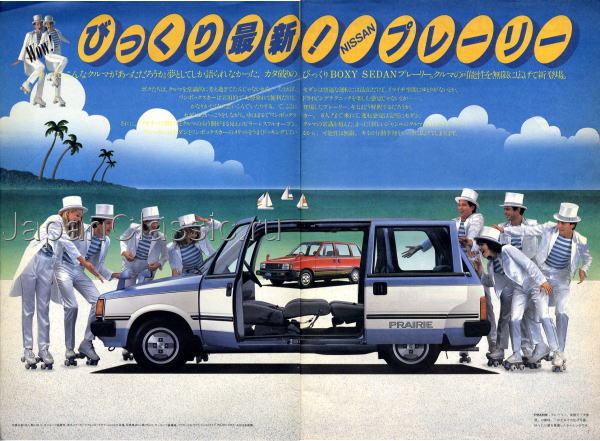 Something that's fairly common nowadays on freestyle cabs, various vans, the FJ-Cruiser, and even Mazda's RX8; but it was obviously a bit of a selling point at the time!
As in other markets, Australian cars had the seatbelt in the traditional position (unlike this Japanese door-mounted version), so wile not quite as amazingly open as this... you still definitely would have noticed something's missing..!

Seriously.. God only knows how tragic this would be in a side impact. Although knowing how.. uhh.. sturdy(..?) the Pulsar's from the era were.. I have a fair idea..

That's been left in the rain. 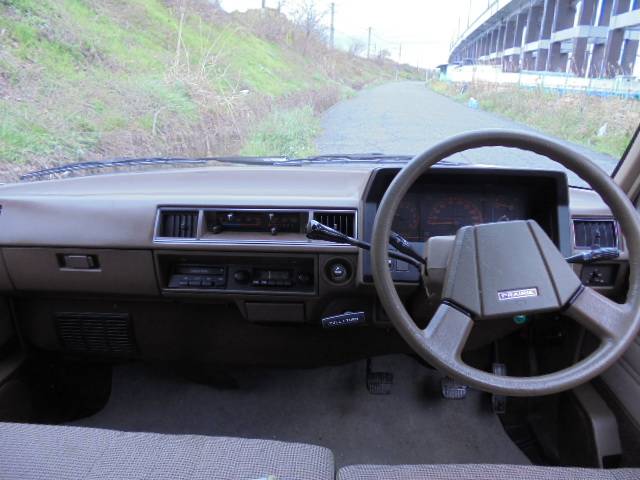 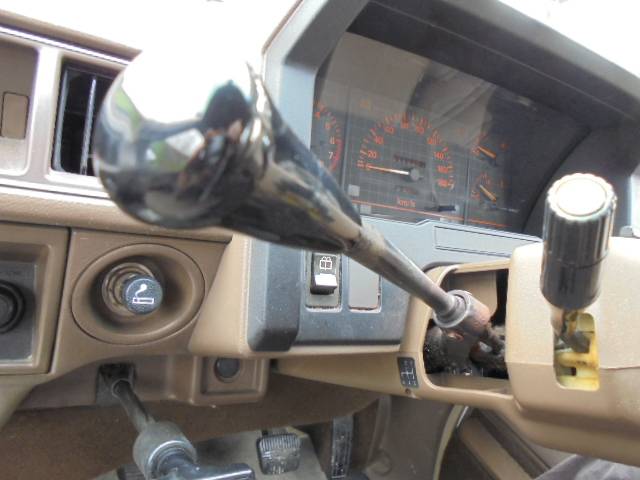 Moving on...
We've got a simple two-spoke wheel, and a complete gauge set; as well as a split-sliding bench seat, dash-mounted handbrake, and amazing column 4-speed manual only adding to the openness in this beige paradise.. 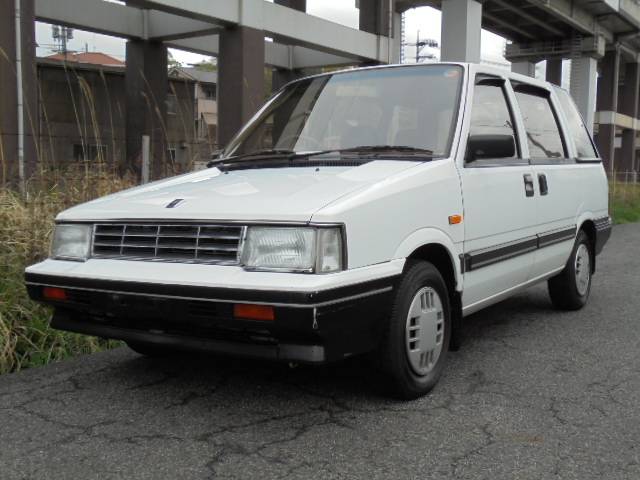 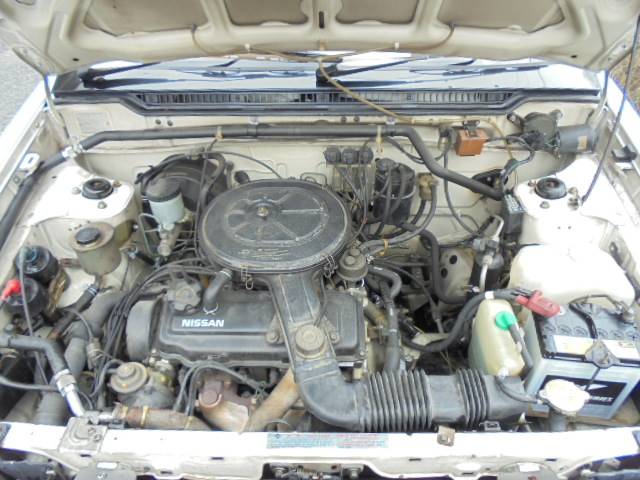 Turning that 4speed manual - whats delivering upwards of 60kw through those front wheels - is a fiery CA18S four. Yep, the same engine that has held back better cars in its time.. it has to have a 'home' somewhere right?
May as well be this.

I cant help but playfully pick on these things.. they just look so damn goofy.
I genuinely almost bought a neat silver one of these 5 or 6 years ago - and I seriously fear the day I see an immaculate original one come onto the market. Its safer not to look.

Luckily then that this Prairie is a little over 8,000km away, currently for sale at a dealer in Japan for a couple hundred thousand yen. While even a few thousand dollars seems like a lot for a Prairie; where would you find one when you want one? A little money for a whole lot of unique!