...and here I was thinking the sedans had an interesting roofline. 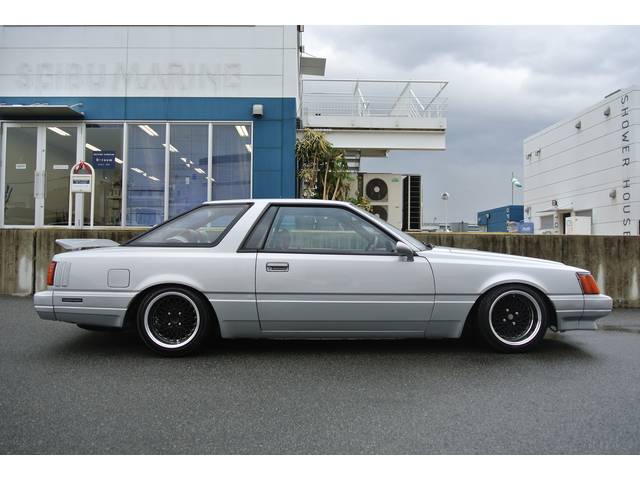 The F30 Nissan Leopard 2door Hardtop. First generation of Leopard's, sold through the years ~1980 to 1986. A strange looking thing at first, which coincidentally is the same thing that initially springs to mind when seeing the - slightly more common - 4door Hardtop versions.
'Slightly more common' is not to imply that even the 4doors are thick on the ground, because by all accounts, they're definitely not.
The coupe somehow manages to take that even further.
When do you see these things? I'm always browsing the (admittedly mainstream) Japanese car sales networks, and have a constant eye of photos making their way out of Japan of meets, the world-of-internets, etc.. yet just don't see these about. At the very least, I can confidently say that these were never a popular import to Australia..
The Leopard's Toyota-made competition (the Chaser, Soarer, ...) seem to be much more popular. Feels like a missed opportunity in a way, as these can look amazing..


..aaanyway; lucky day/week/month! There are actually two 2door Hardtops currently for sale on Goo-net at the moment! One has been there for a little while, and the other more recent. Both turbo+manual cars, and both around 1.25million yen. Great, and not bad. 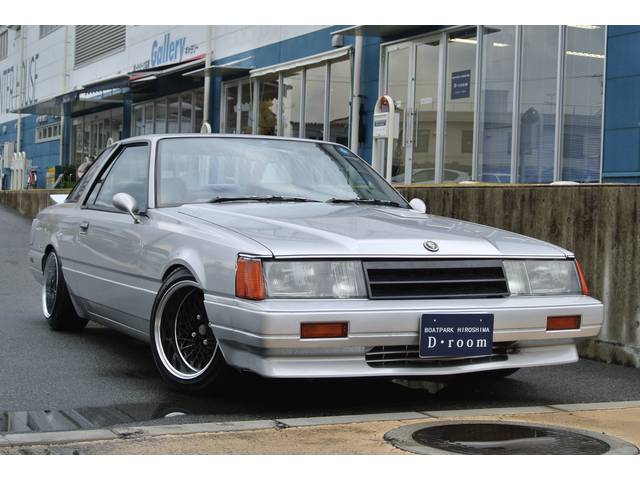 Will continue with this silver one at D-room first; as if the listing is correct, its the lower spec (just!) of the two. 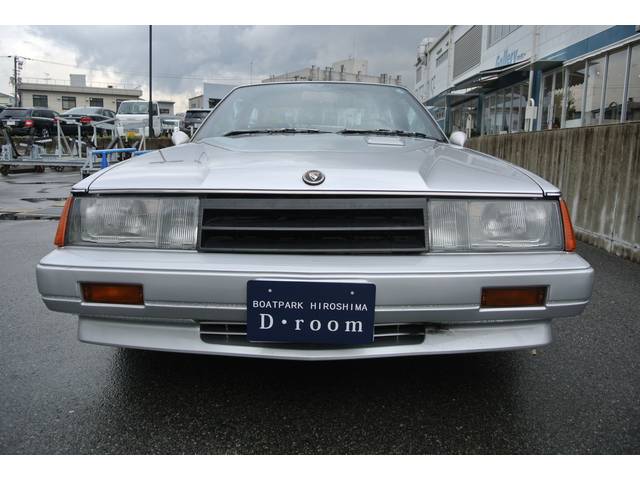 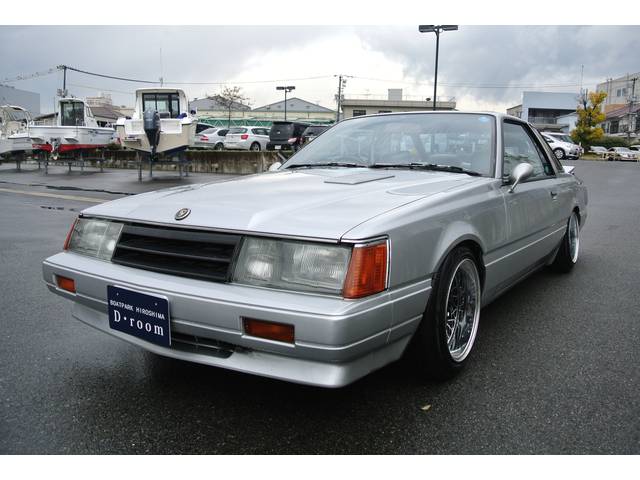 In full - its a 1983 Nissan Leopard 2door Hardtop TURBO SGX. In the 2door model tree, sitting above the 200X ZGX, but below the TURBO ZGX. 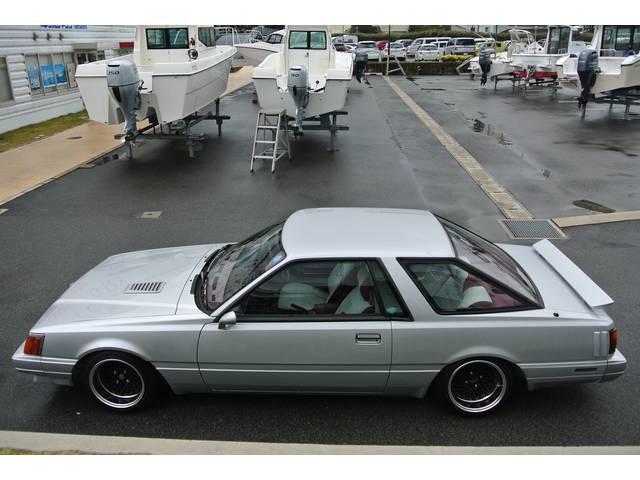 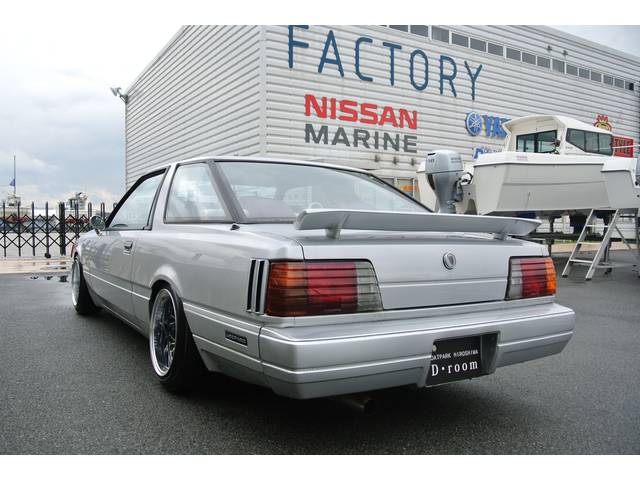 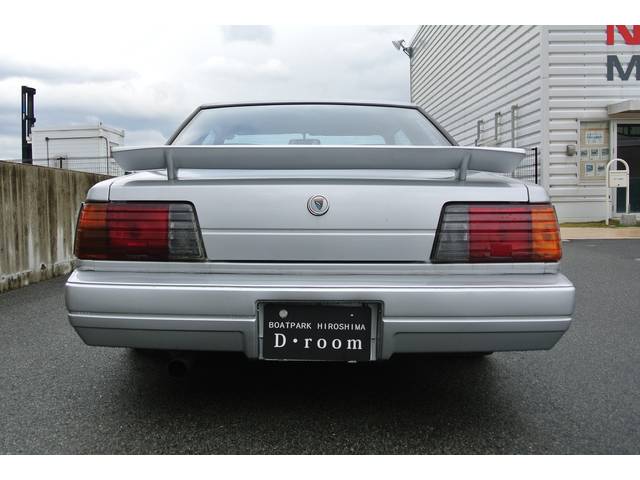 Looks great, lowered on a set of deep SSR Reverse Mesh. The mirrors and Hako-GTR-style wing are later additions, while the vents on the bonnet and next to the tail-lights are surprisingly standard! 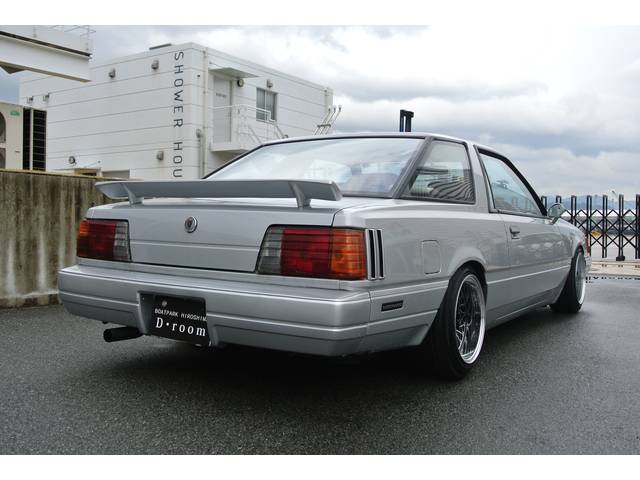 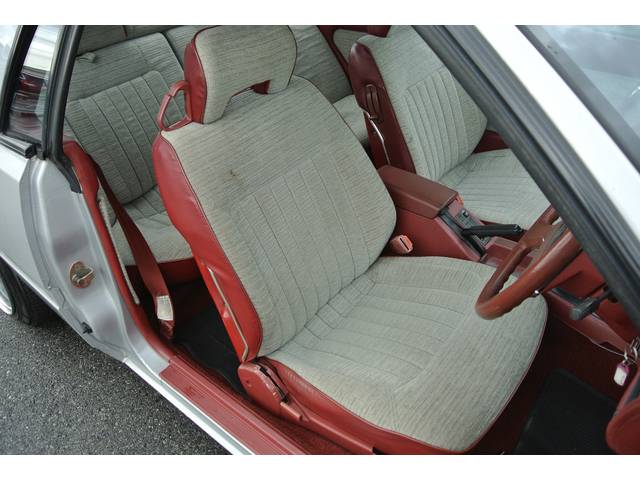 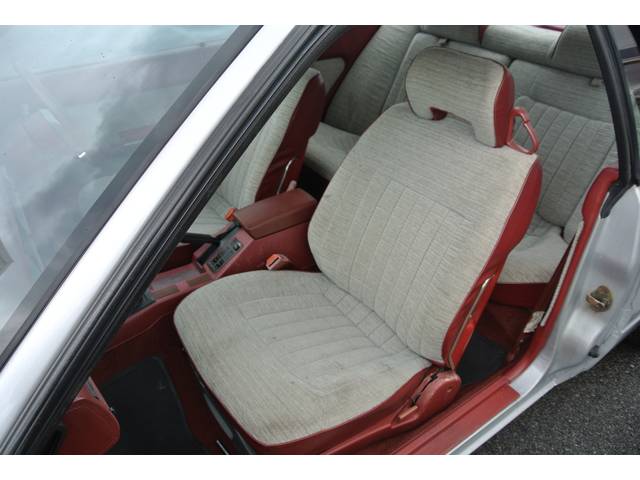 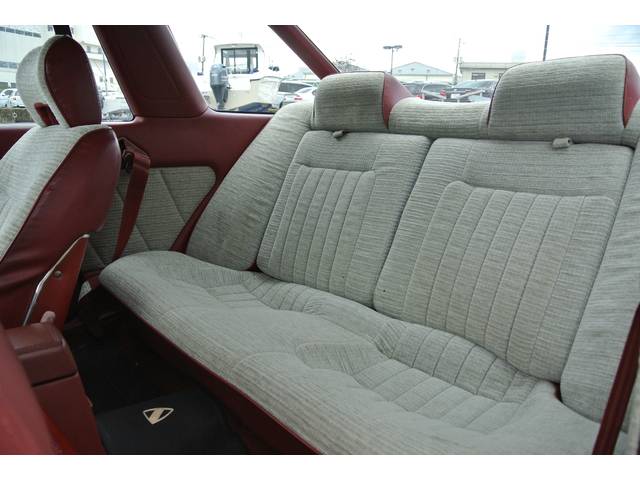 Love the two-tone terracotta-and-grey seats. seriously cool combo against the silver paint. Matching red belts are a bonus, as is the oddly-convenient split fold rear seat! 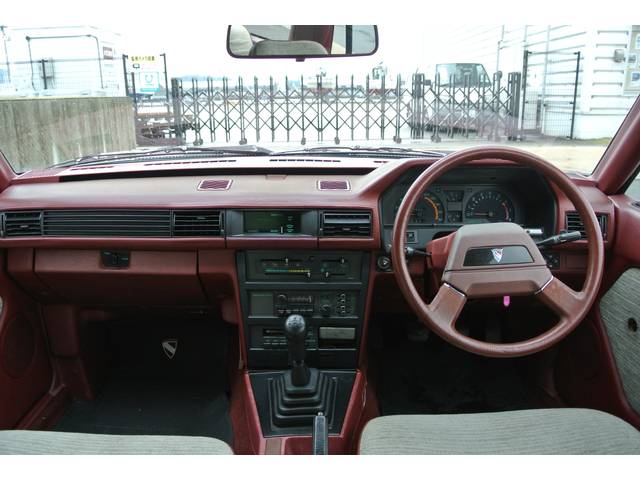 Great dash. No buttons on the steering wheel for the SGX, and there's no digital dash here; but hey, that faux-vent trim detail between the passenger vents is fantastic! I think Audi's giving that another go nowadays...! 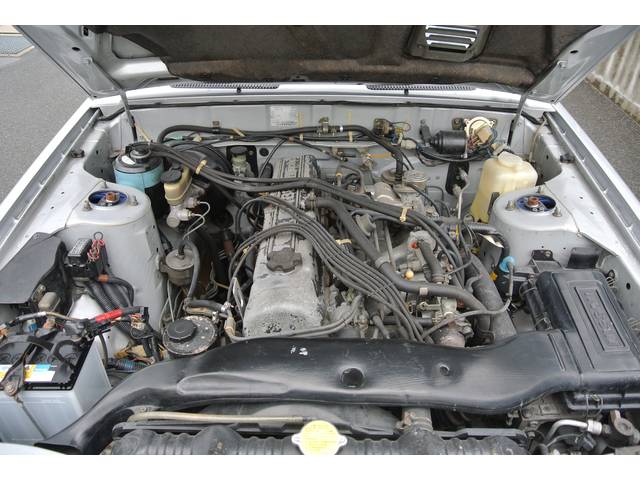 As for the other car mentioned... 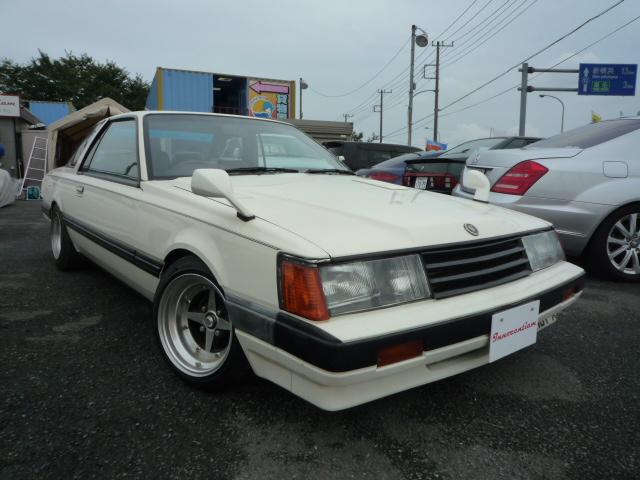 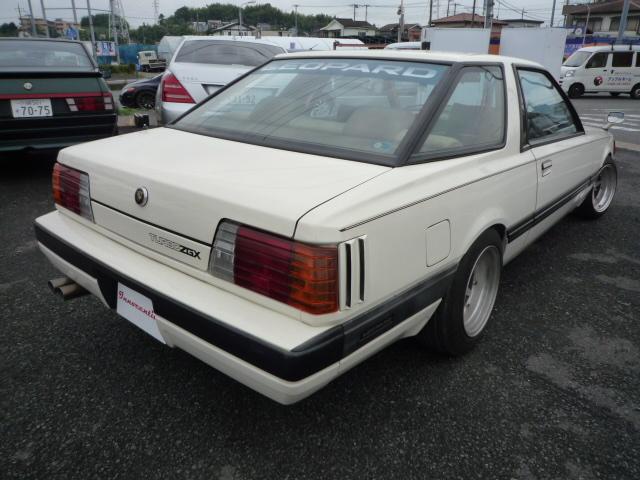 ... I'll be trusting that decal for confirmation anyway.. 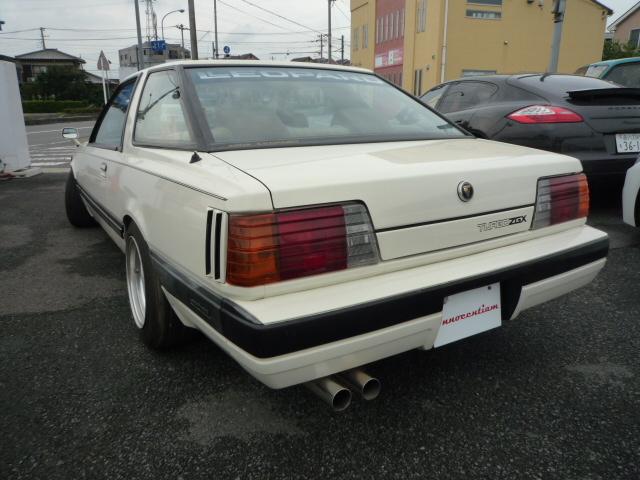 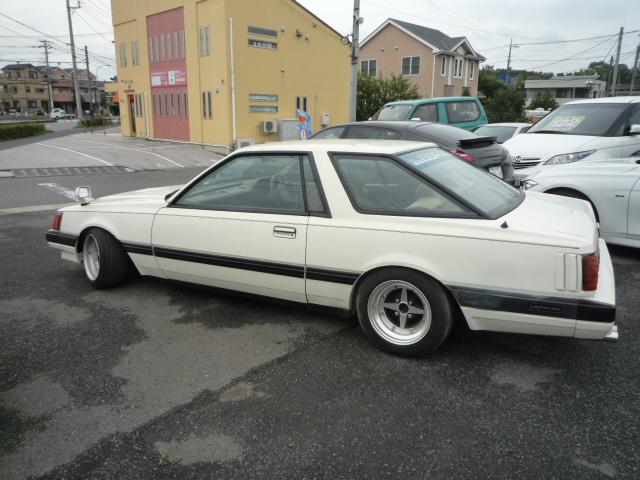 No wing this time, and original wing mirror part-and-position. Lowered again, but instead over smaller-diameter 4-spokes. Look to be Equip's at first glance, but I have a feeling they're a SuperStar wheel - possibly an SS01..? 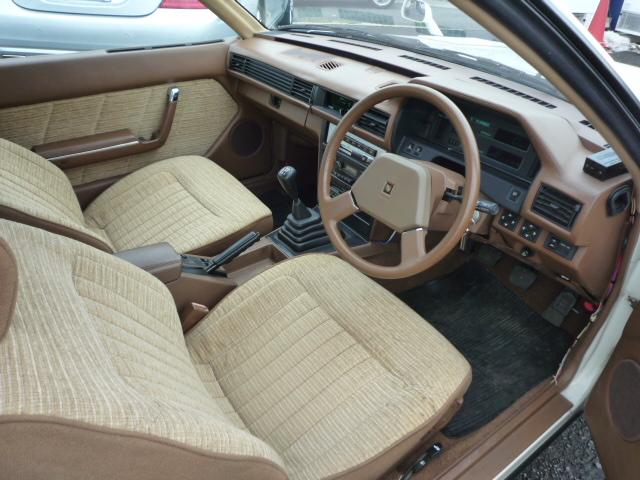 This time inside its a two-tone brown... and brown.

No buttons on the wheel either.. throwing everything I know about Leopard's out the window! A little digging, and from the Nissan Heritage page:


There was a minor change in 1982, when it was equipped with the world's first steering switches by optical communications.


Neat car as well anyway.  I'd personally prefer the silver/red colourway on the car above, but hey... maybe there's someone out there fascinated with that inner-beige... those warm earth tones...