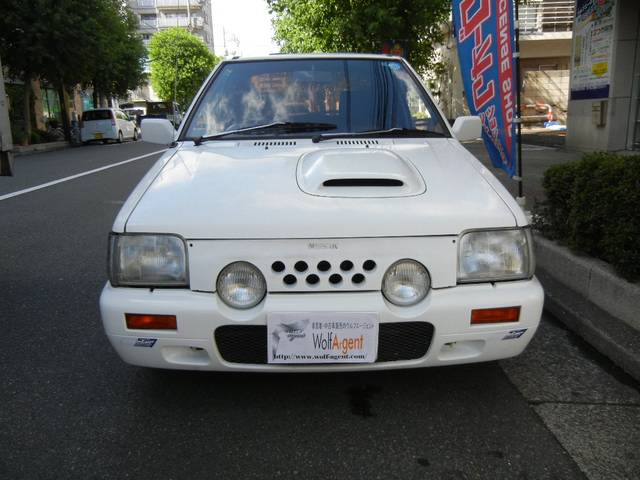 Horrific amounts of car-love for these.. 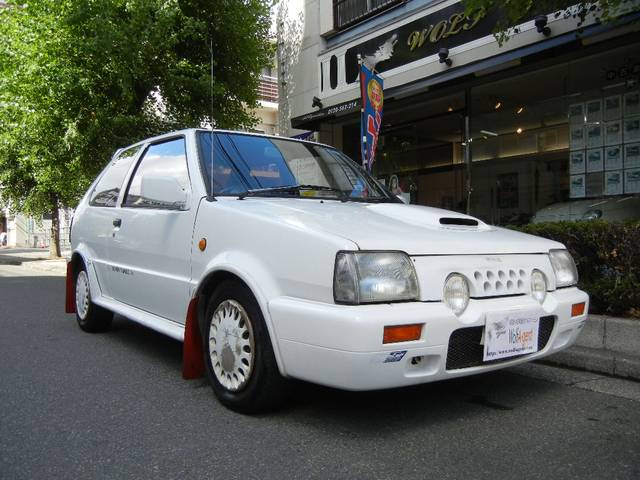 An EK10 Nissan March SuperTurbo.
This car is listed as a 1991, but the particular SuperTurbo variant was introduced in 1989, 7 years after the K10 chassis was launched! 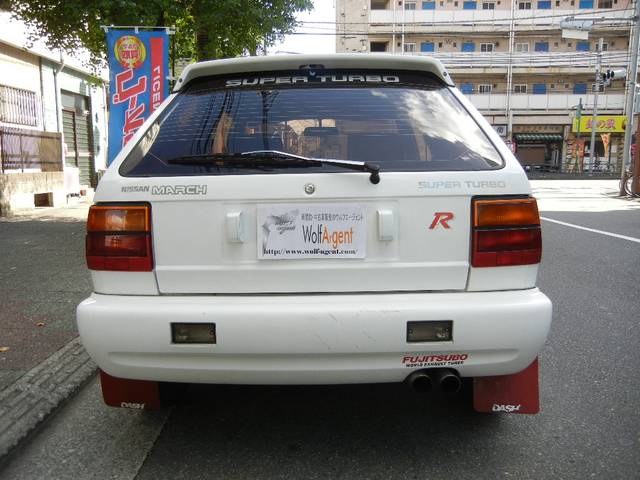 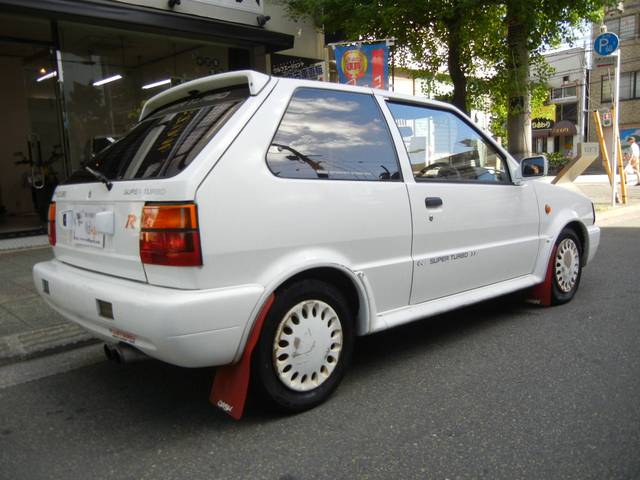 I love its plain little two-box shape, the foggies in the grille, the off-centre bonnet scoop, and the little wheels (those hubcaps are screaming for some paint - seriously, how hard is it!?).
This one has cool DASH mudflaps, and supposedly a Fujitsubo exhaust.

but the real star of the show is the engine: 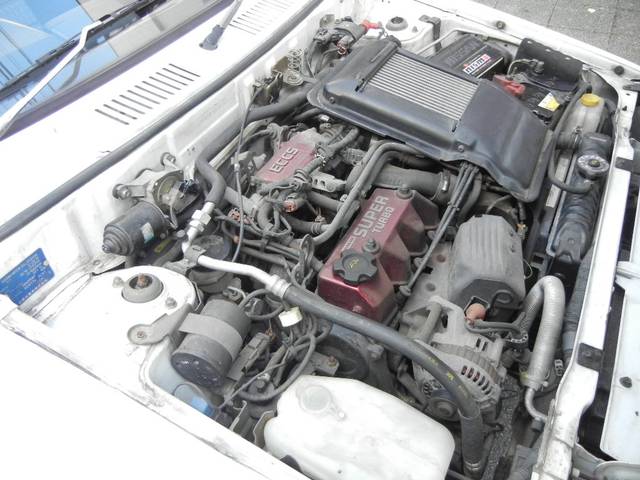 The 930cc, straight 4, MA09ERT.
while it may not be a particularly exotic engine on its own (SOHC I4), it has EFI, is turbocharged, supercharged, and intercooled!
yep, as the name now-obviously suggests, the SuperTurbo is compound charged goodness. :)

on a side note, i always appreciate Nissan's (as i do Toyota's) engine and chassis codes.
MA block, 0.9L, Injected, Supercharged, Turbocharged.
Simple! Thanks Nissan.. <3 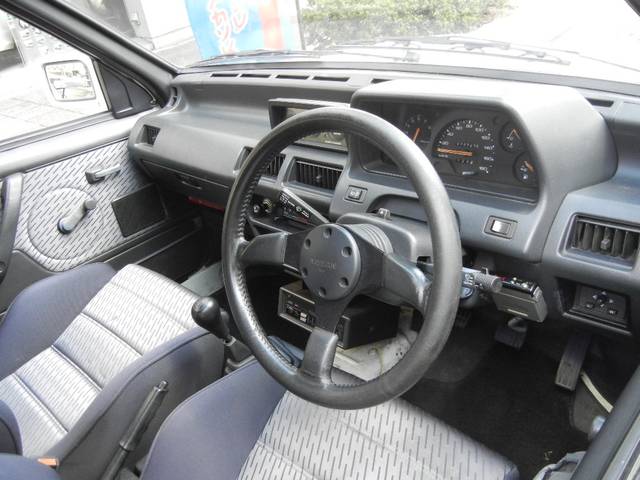 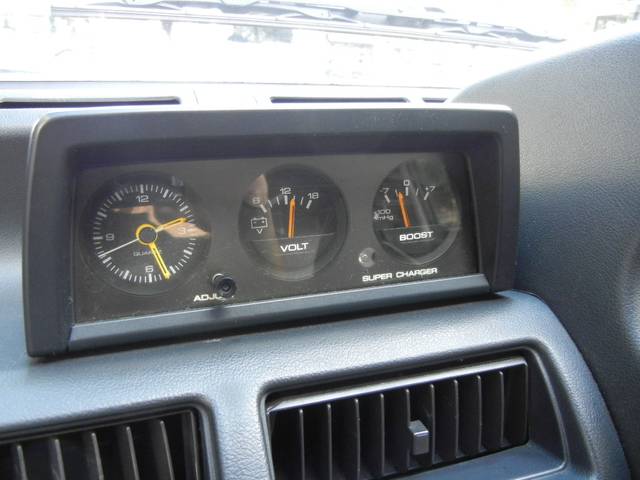 Everything is relatively basic inside, with familiar Nissan switchgear.
I like the Momo-pattern wheel, but love the little binnacle on top of the dash! interestingly similar to the one in the same-era Mitsubishi Pajero.. 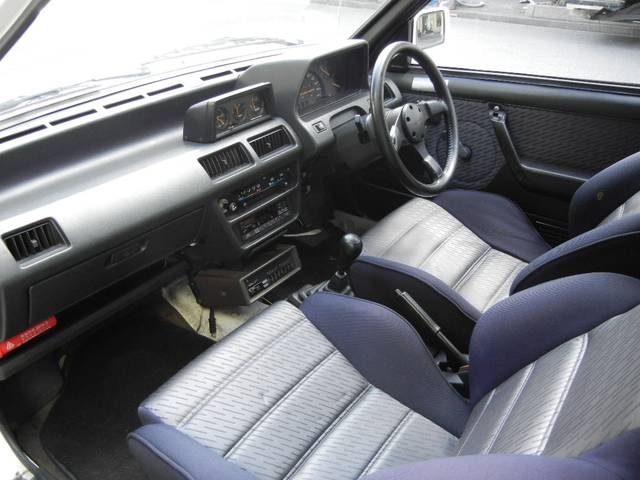 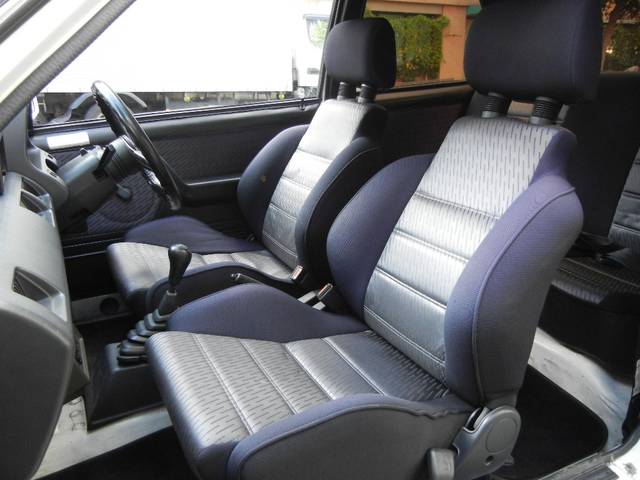 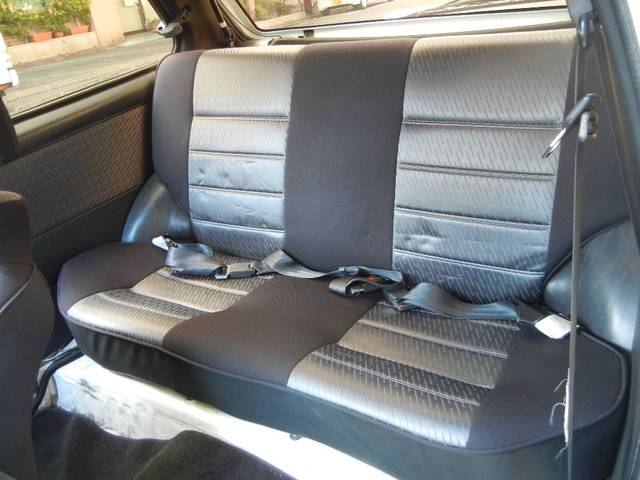 once again, because whynot: 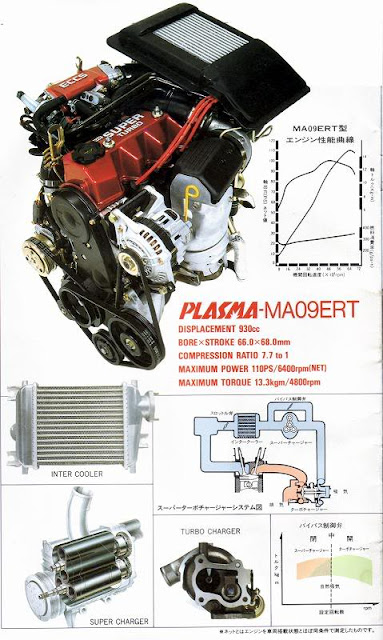