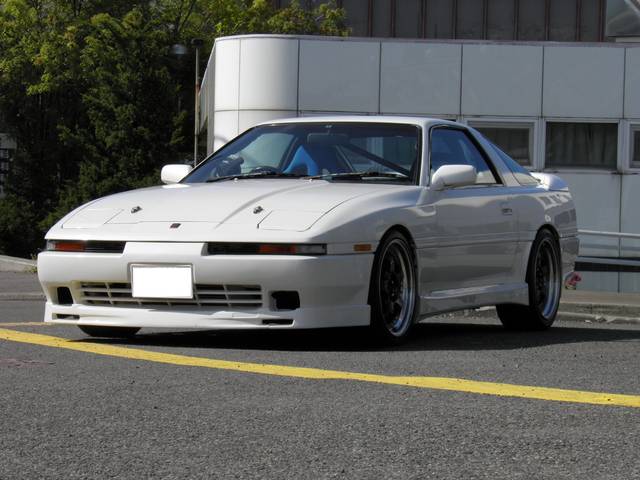 Always a pretty cool car, but seemed to absolutely fade away after the introduction of the MKIV F&F Supra...
The Third Generation Supra - the *A7* model - was introduced in 1986. Through its production life, it was always the hero car of the Toyota sports/performance range; it stayed around until 1993 when it was replaced with the MKIV - JZA80. 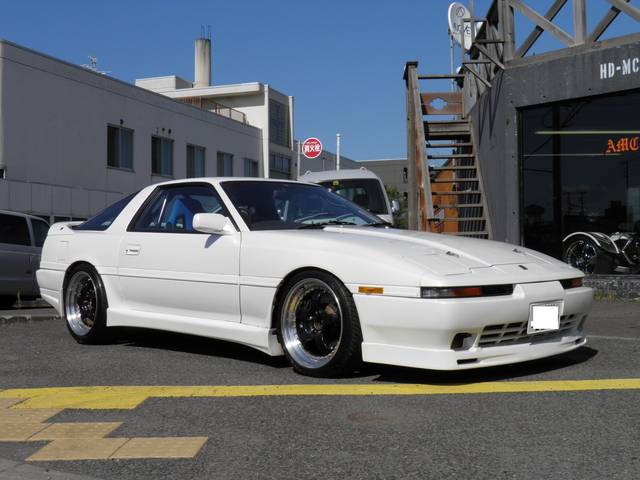 This particular car is a 1990, and i believe is an MA70 model - with the 7MGTE Twincam turbo 6.
Impressively, this chassis was available with the G, JZ, and M block Toyota Engines; displacing 2, 2.5, and 3Litres respectively. The sampler of Toyota's straight-6, twin cam, Turbo engines..! 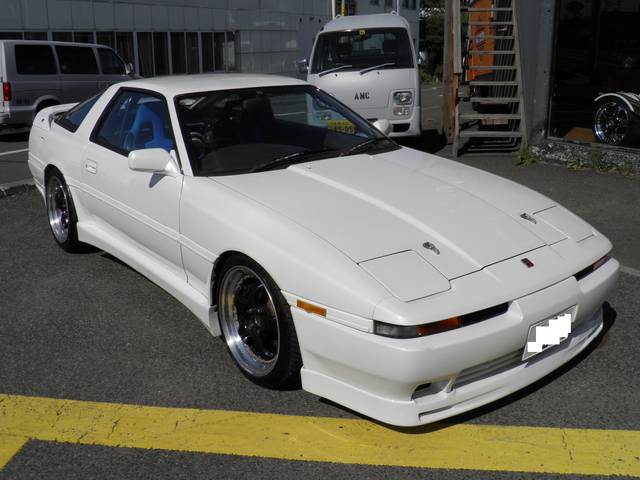 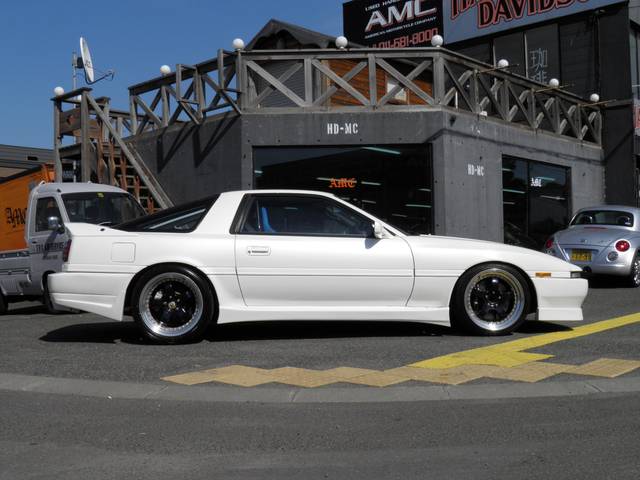 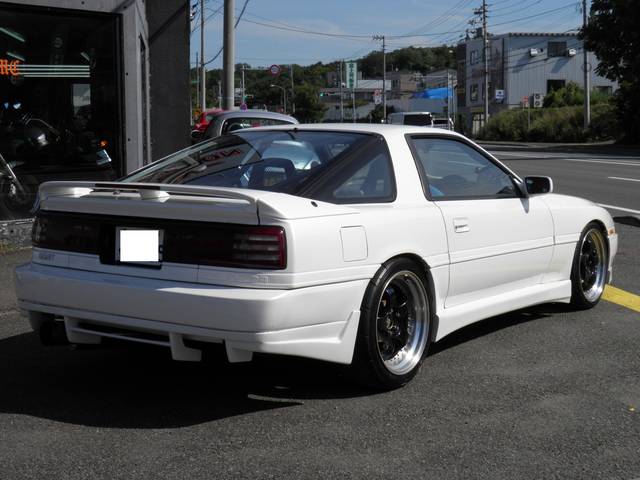 This car is representing the model nicely, with some tasteful-enough modifications.
There is aftermarket Aero all round, pearl white paint, a little lowering, Work Meister S1 3P's, nice tyres, and possibly a bigger brake setup for the front. 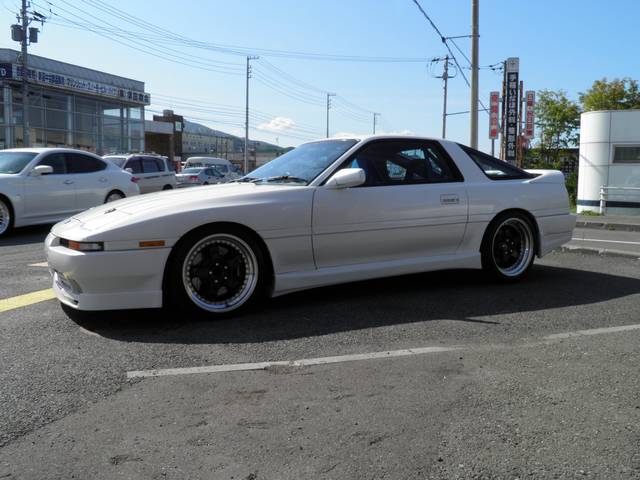 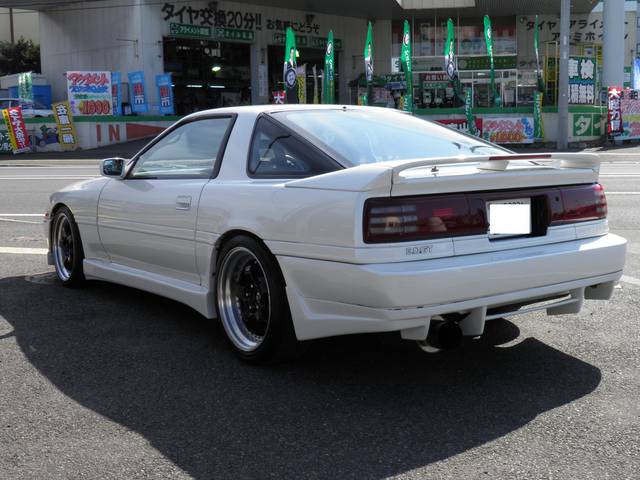 I'd probably loose that rear bar, the drivers seat, and the monster tacho; but nice car overall.
Posted by RdS at 03:16