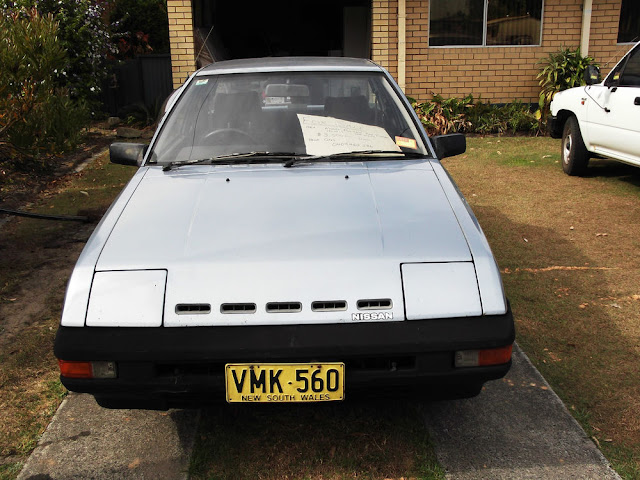 Another of my all time favourites. 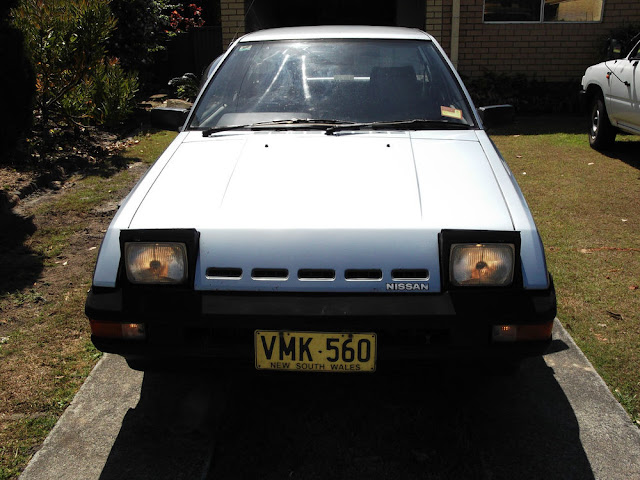 Rargh!
1984 N12 Nissan Pulsar EXA.
Introduced in 1982, equipped with the E15ET injected 1.5litre Turbo I4, driving the front wheels. A setup it shared with the equally awesome Pulsar ET Turbo.
80's Japanese Turbo superstars in Australia, cars that along with the starion, cordia, sigma turbo, etc; really pushed Turbo's into an era of Australian motoring that was being killed with emissions/polution gear on engines.. 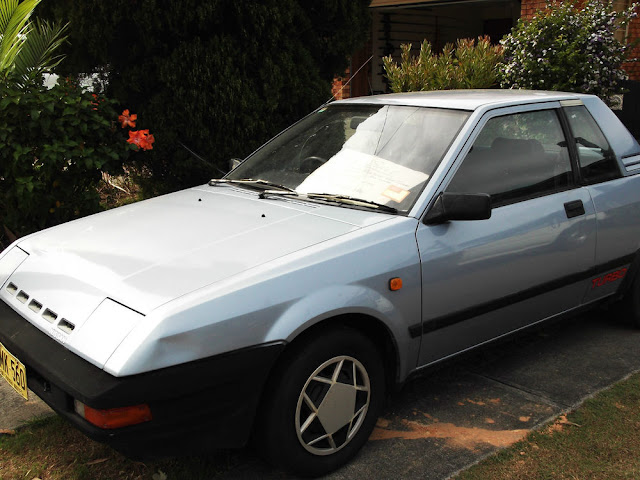 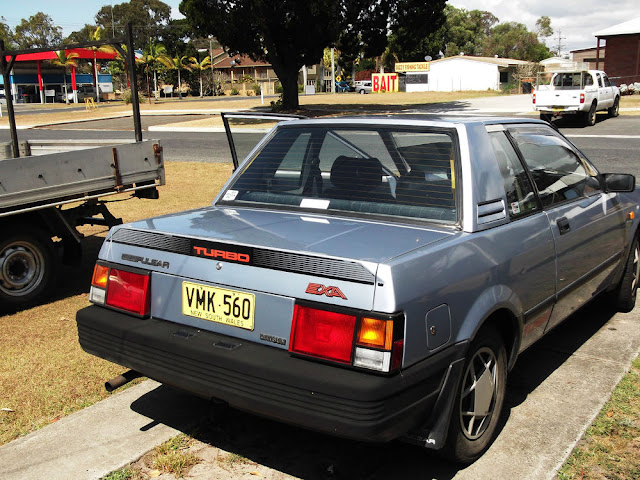 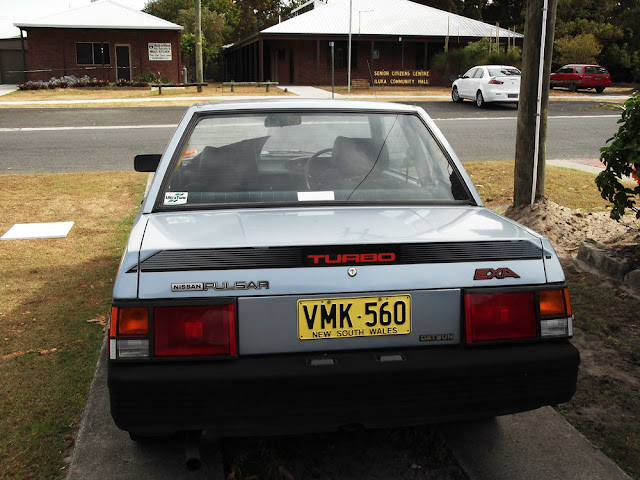 These cars have brutally awkward proportions, and feel like they're clipped together; but obviously one lasted!
These things were absolutely thrashed to pieces in the 90's, so very few seem to have survived. A real shame, but i get a hell of kick out of seeing them about.
This one isn't a total minter, but very very honest and original. Supposedly offered for sale by the original owner, and is stock... which is great to see. 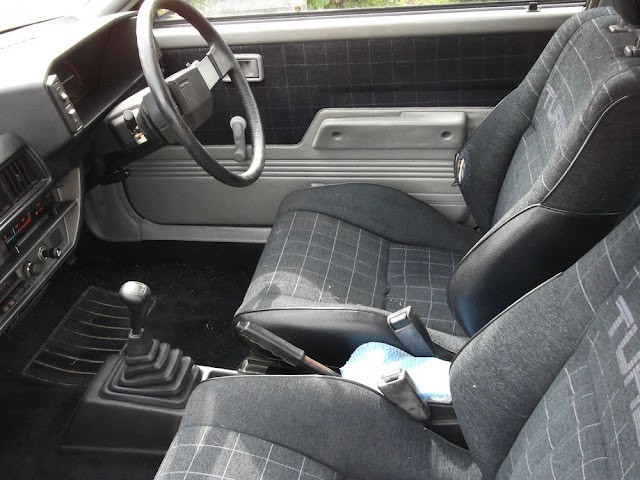 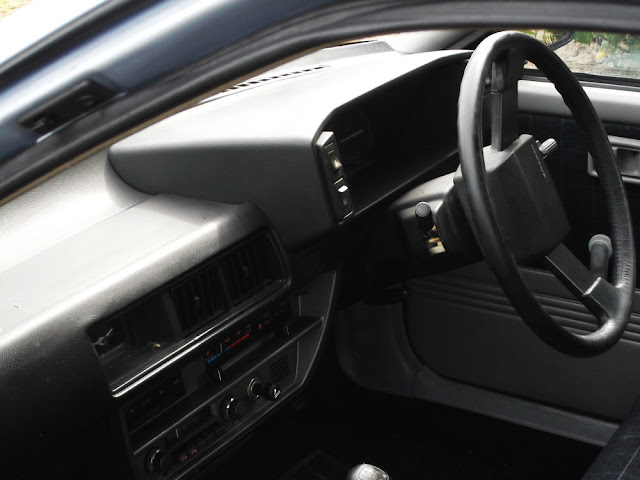 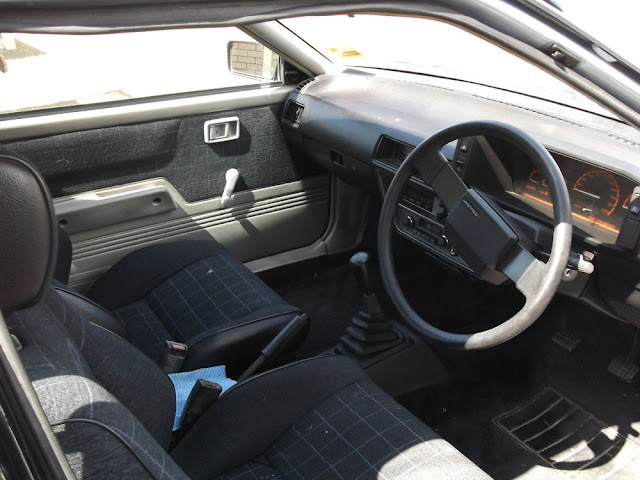 Love the trim in these.. 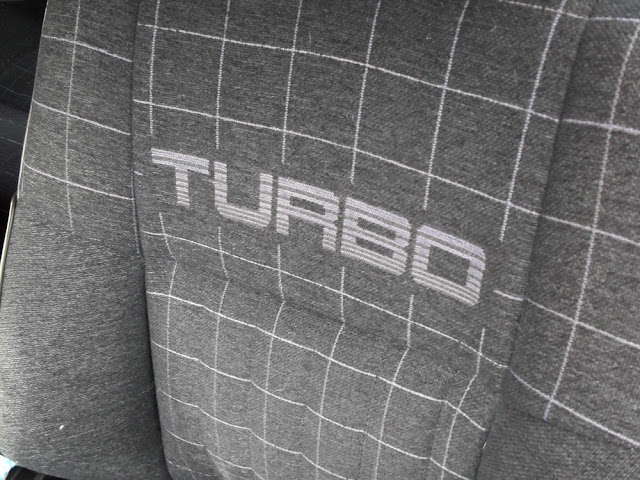 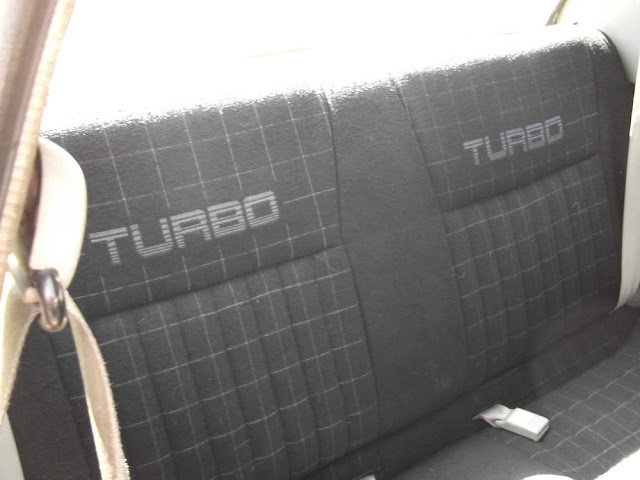 Awesome little car. A Torque-steering machine, that I'd love to own...!
Posted by RdS at 02:36