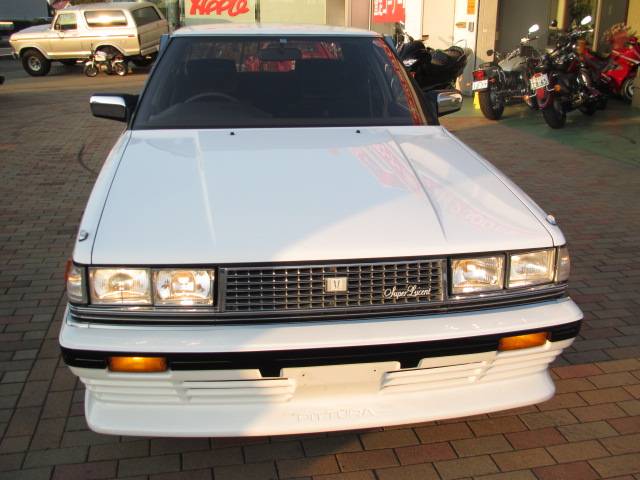 Seen here on this tidy, white, 1986 GX71 Toyota Cresta SuperLucent.
Seems a little off at first glance; but has a thoroughly dated vibe to it. 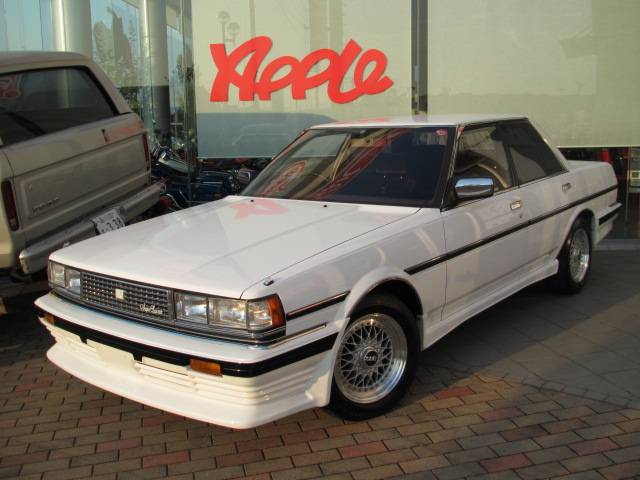 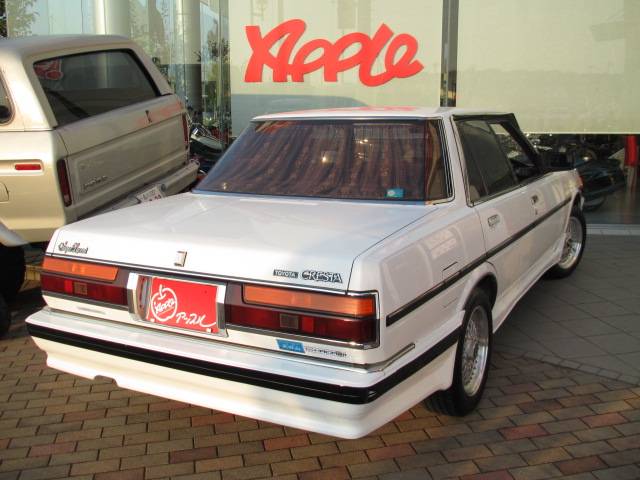 I dont mind it I guess, and have no idea what the kit is named.
Definitely interesting to see a kitted one of these; as its a rarity to see much past a front lip and flares (+ Hako wing and an underspoiler!) on them.
These cars dodged that bullet by just being too old and uncool in the ~2000 bodykit era; so unless it was on when new, its unlikely to see.
The colour, the lack of other mods, and the height; all give me the feeling this has looked like this for most of its life.. 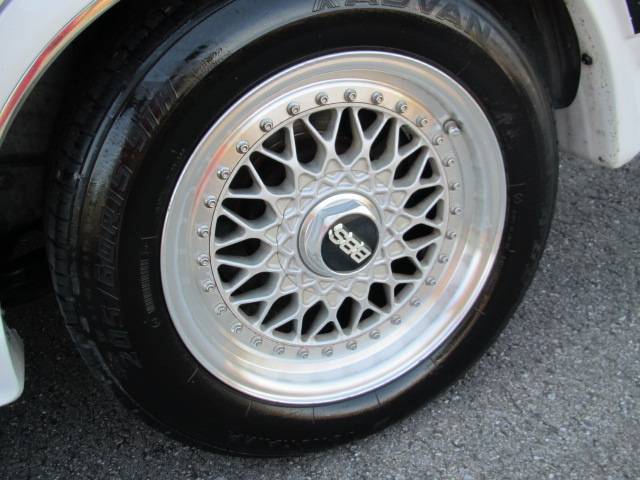 ... and the higher-offset BBS are working with this look well!

Interesting anyway.
Obviously could look a lot cooler with a little work; but its surely quirky as is!