Try and find a good one - The Galant/Sigma.. 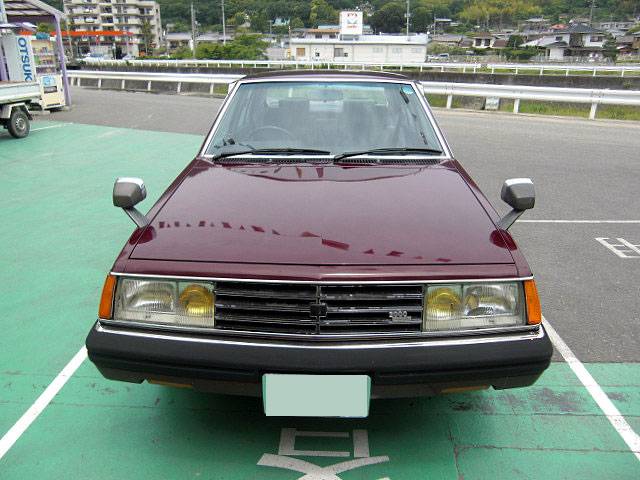 Here we have a car that used to be bloody everywhere in Australia. The Chrysler/Misubishi Sigma. Almost anyway..
The badge on the back shows this model is the Japanese Galant equivalent.
Interestingly, the badge beside that, is a Sigma. A Galant Sigma. 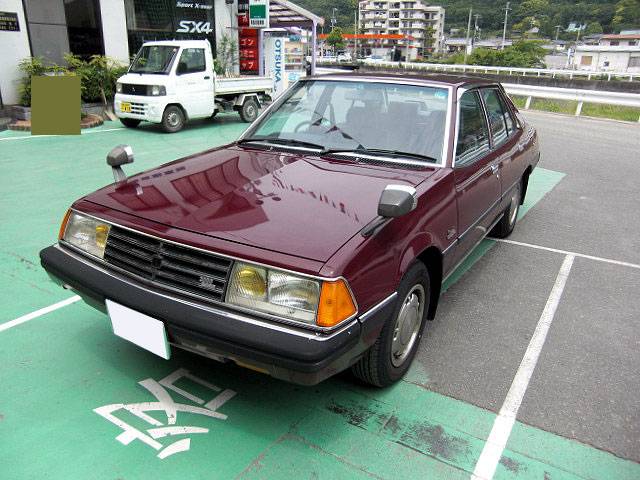 A 1980 Mitsubishi/MMC Galant.
Fourth generation for the Galant name, with a 1980 release; which confusingly became the second generation Sigma (GJ), with a 1982 Australian release. 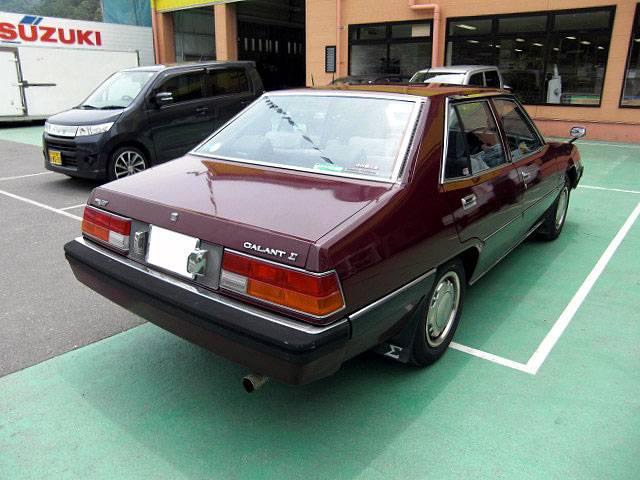 An interesting car to me, as these were a joke when i was a kid - just cheap and dated.
Not particularly abused (as they never really became 'cool'); but just driven into the ground as they became cheaper. As soon as they needed a little work (which wouldnt have been much - they were very solid/reliable cars..), or something as simple as paying registration - they were just dropped off at the wreckers.
I dont even see them at the wreckers anymore. Its sad, but reliable yet mediocre cars just slowly disappear completely.
Eventually its the plain-jane cars (and lower variants of more popular models) that become the real rarities.

Anyway (getting a bit side-tracked there..), I think this car has aged nicely. It has sharp lines, a little creativity with the sloped front and rear, and nice proportions. Like many Japanese cars of this era, i reckon it looks all-the-better with those fender mirrors..! 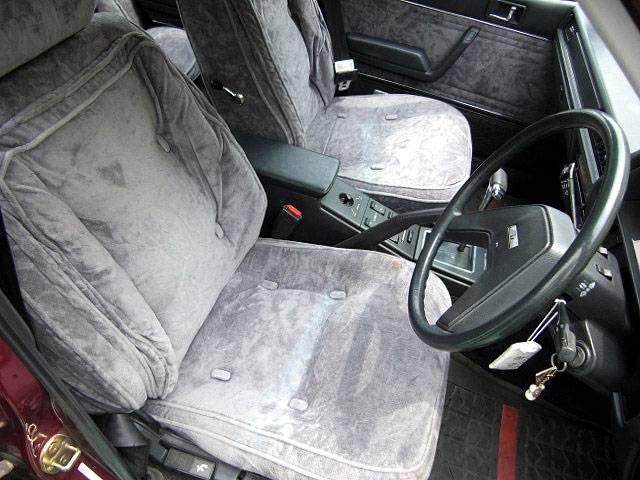 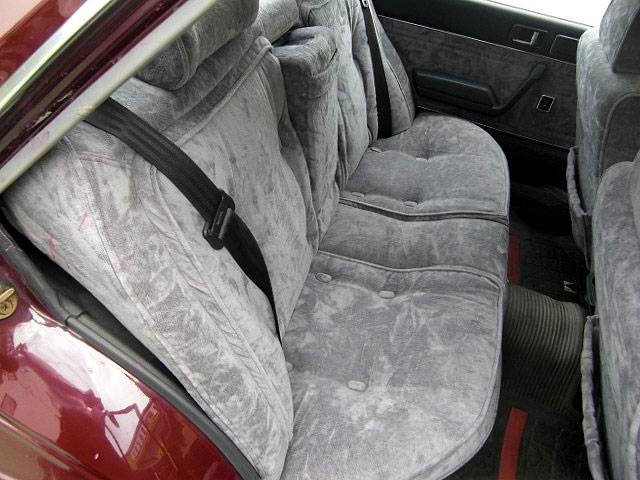 Working well against the (interesting) burgandy colour outside, is the dark grey interior and lighter grey buttoned velour seats.
I really would have picked the burgandy/maroon to have a brown interior - so there you go! 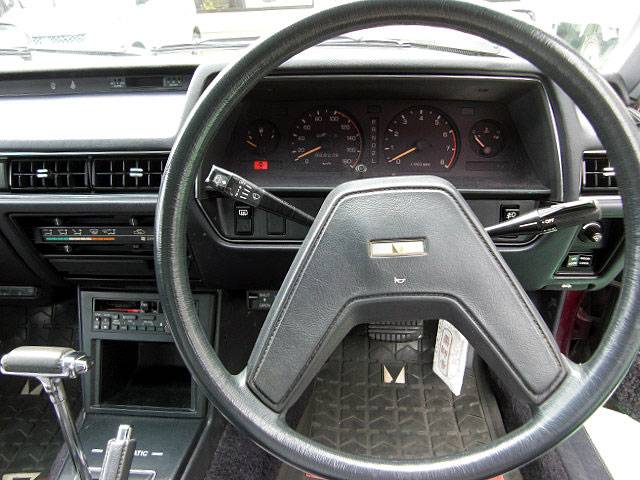 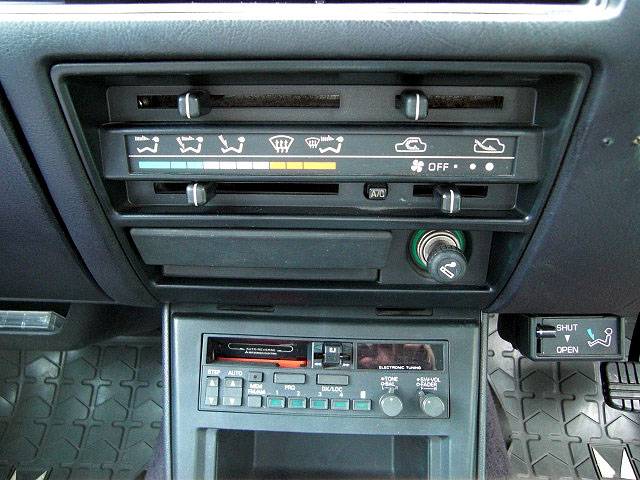 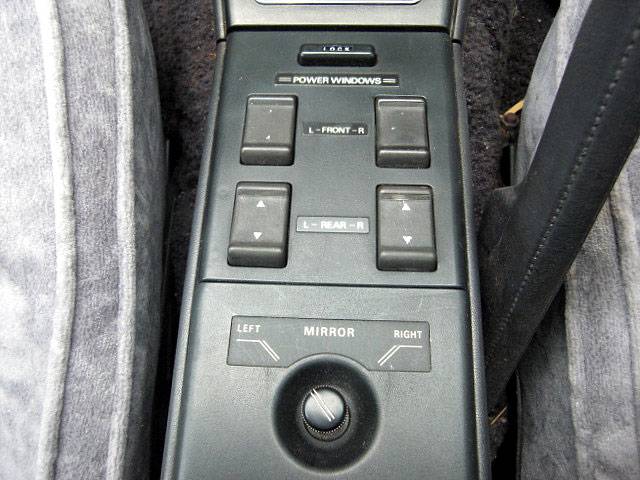 The frustratingly popular late 70's to 80's two-spoke wheel. heheh.
Rather simple controls in here otherwise, and not much to mention. 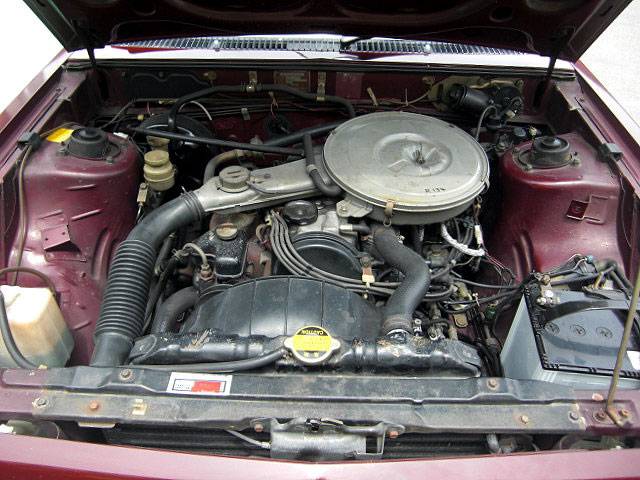 I'm a little unsure exacly what model engine this is, as the Galant/Sigma was offered with a variety of Turbo and NA, Petrol and Diesels; but being a NA Petrol I4 of some sort, I guessing it is the 2ltr Astron.

And that is all.