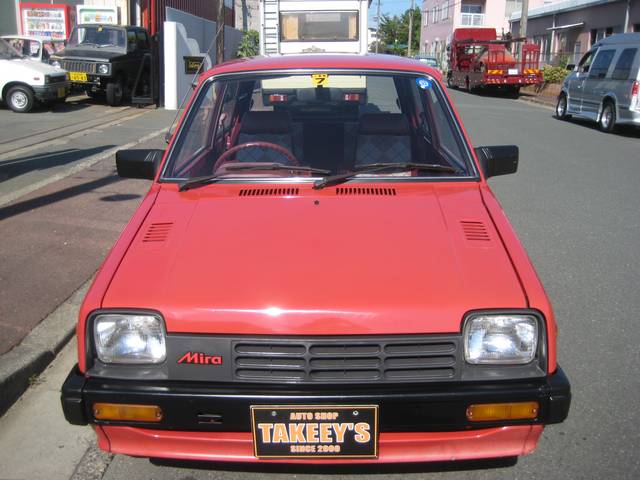 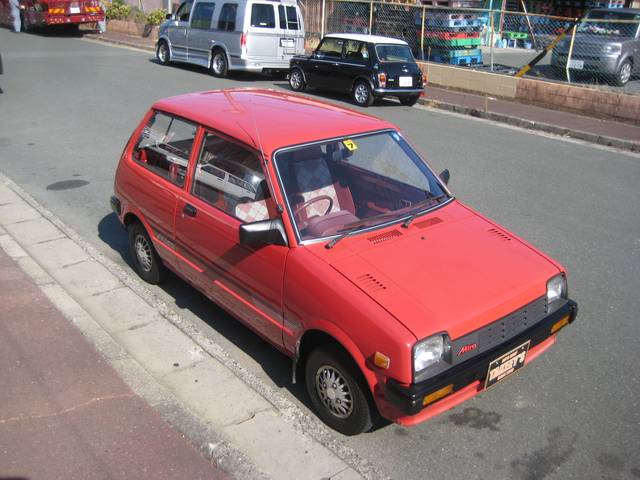 such a sweet little car. 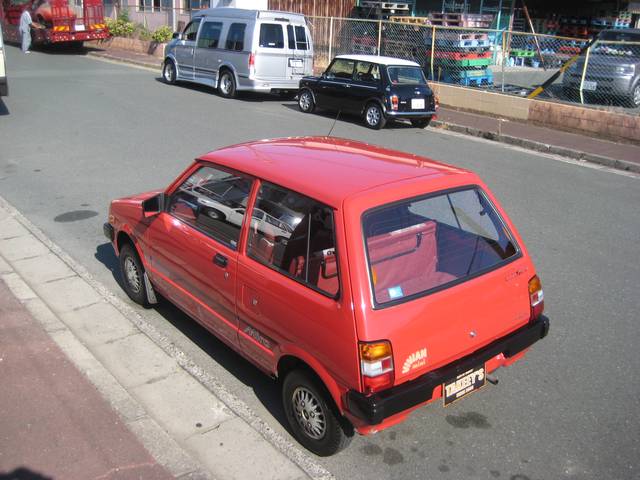 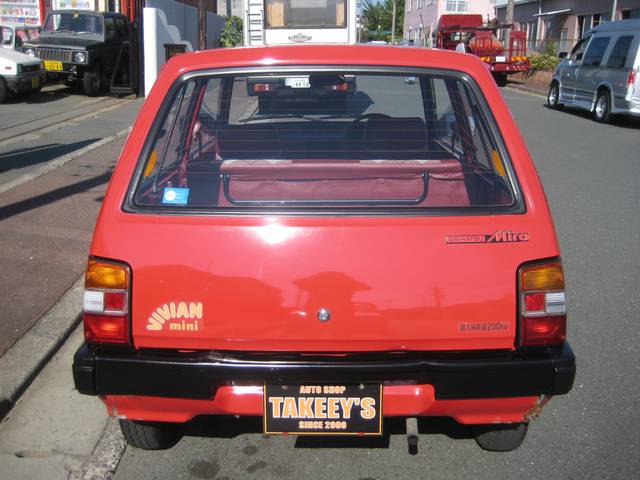 This is the L55 Mira - the first generation for the model - introduced in 1980. This second generation Mira (L70) was introduced the following year.
One of the coolest parts about this model is its twin cylinder engine.. 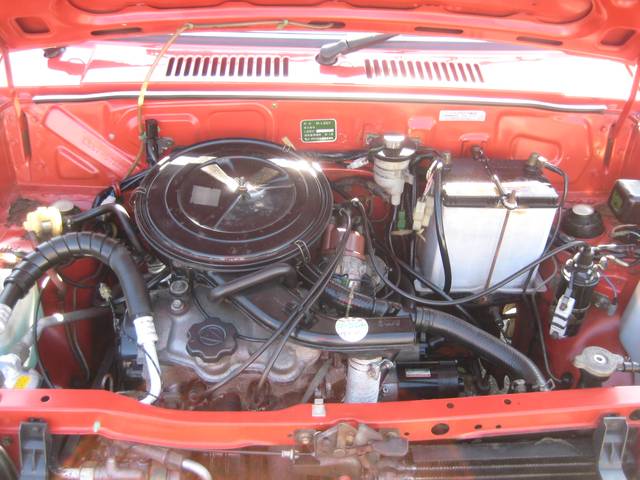 The hilarious little 547cc AB10 twin-cylinder pumped out 22kw (30hp), and would have sounded like a damn dirtbike. Probably a little dangerous on the freeway, but spot-on in town.

The highlight here however, is the interior: 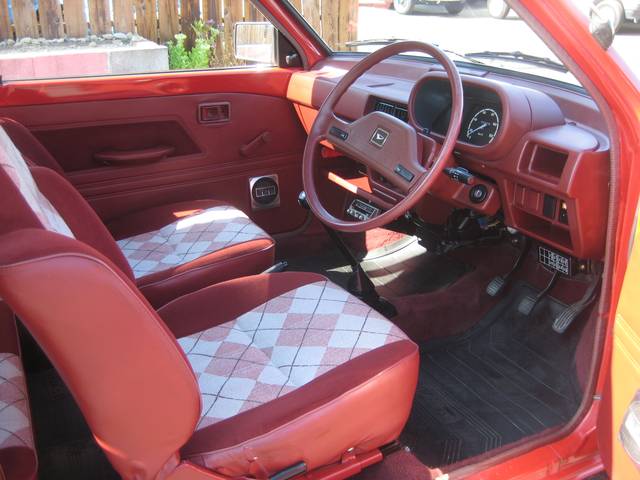 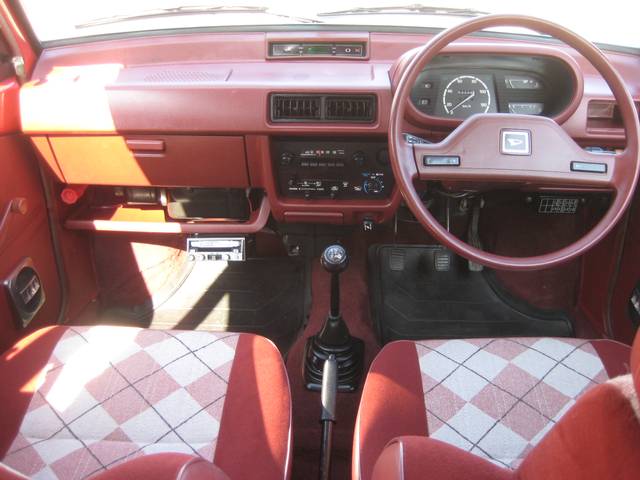 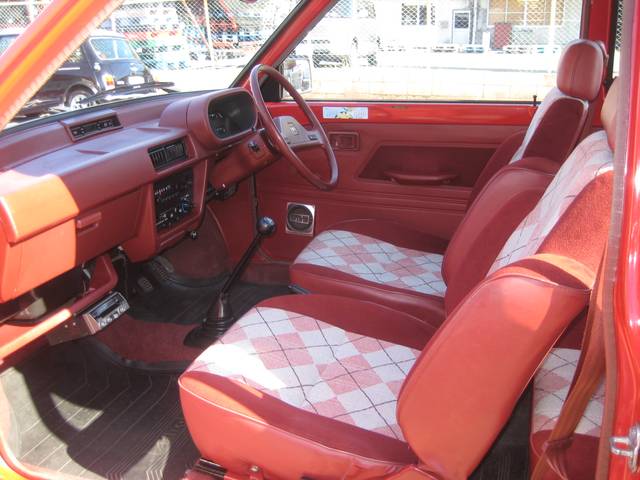 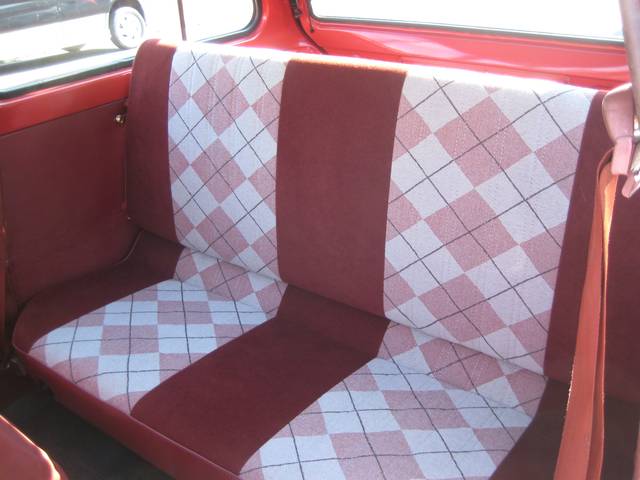 That is, quite possibly, the best interior fabric i have ever seen.
Its as if Daihatsu raided a golf-course... i absolutely love the whole look in here.

The red-on-red looks great, and i love how the body-colour has spread over onto the top of the doorcards - something that was very common years ago (it is cheap/lazy..), but had all but gone by the mid 80's.

notice the cassette unit hanging under the dashboard - its just so small in here!

I'd buy it some tiny, pink, Hayashi Sakura's (do they come in 13x5? :) ); and get some floormats trimmed in the same patten as the seats.
Its just so sweet..