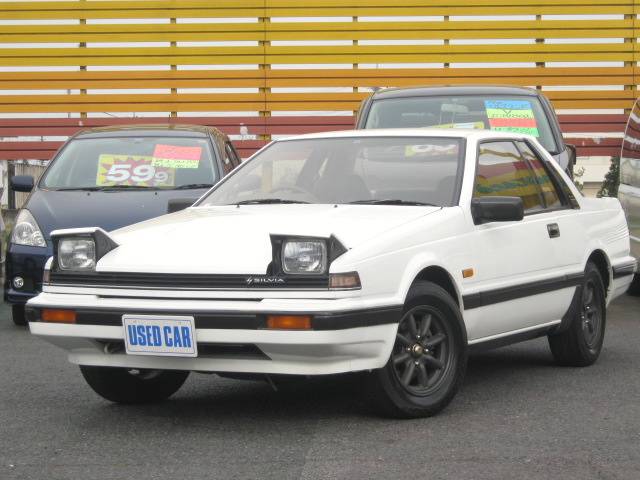 Another intersting car here.
The S12 Nissan Silvia, also known as the Gazelle and 200sx in different countries.
this particular car is a nugget-spec RX,  in the coupe/notchback body style (there was a fastback/hatchback also available). 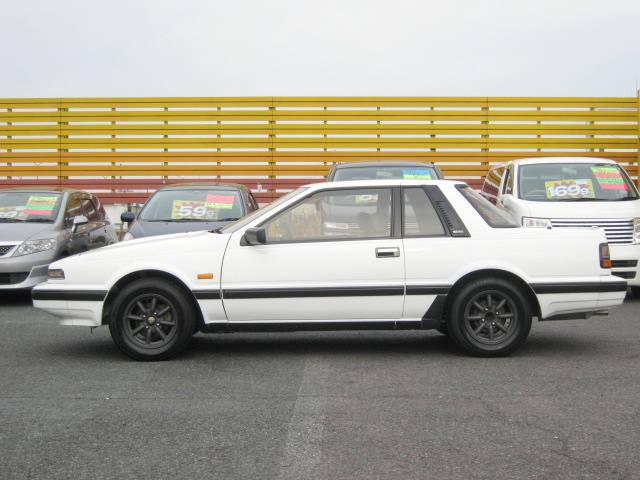 Looks neat sitting at stock height, and the beefy-ish tyres on skinny, period, 14" Watanabe's, look great.
the fact those 14" wheels are still making the disk/drum combo look tiny - not so much! 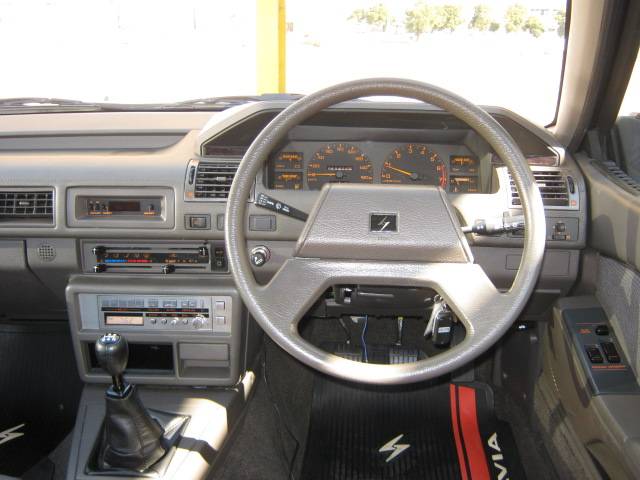 Bit grey in here, but great silvia rubber mats on the floor there! 5spd too, which is lucky, as this bad boy is going to need a little rowing!

Interestingly, you can definitely see how Nissan really dived into the parts bin, inside and out.

No picture of the engine bay, as this rather basic Spec'd Silvia is a little plain in there.
This particular car left the factory with a CA20E; an injected 2ltr I4 that was also fitted to the Nissan Pintara (among others).
Despite having a larger 2 liters of capacity, this engine doesn't really like doing very much. unhappily revving its way up to the point it wheezes out a very average 100hp.
The only wish of being somewhat exotic, is the fact it has dual sparkplugs per cylinder. Probably more of a pain than anything nowadays!