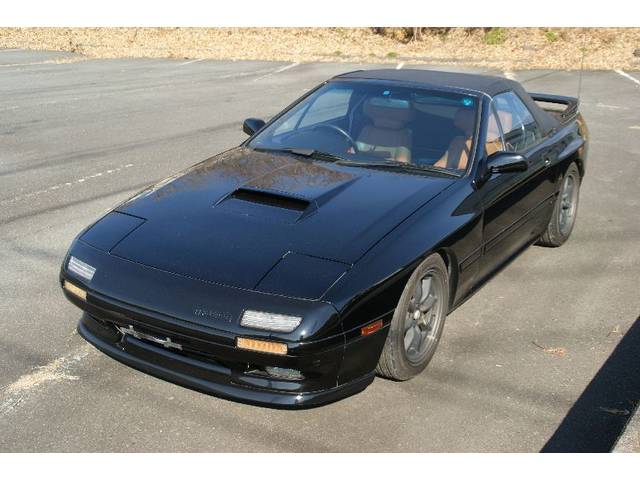 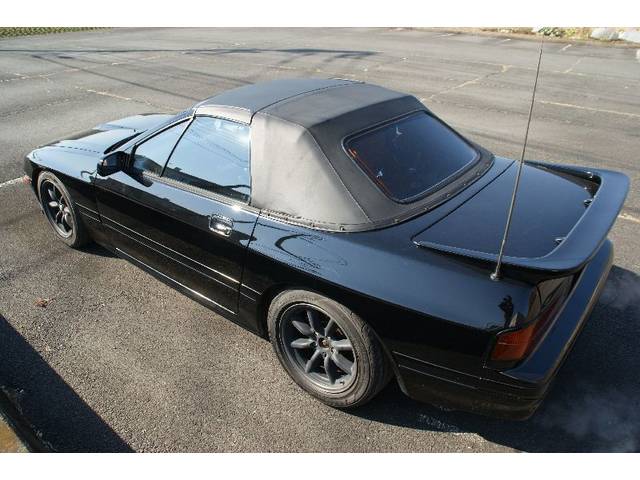 Some people may argue that the regular hatch RX-7 is better - less weight, less leaks, more rigidity, more security,  more overall performance, and therefore better to drive; but who cares.
Its hard to look past a convertible that looks this good (and these pictures have the roof UP!).
I love the regular hatch FC's alot (the chunky B-Pillar and wraparound rear glass? thats just damn nice); But when you'd be looking to buy a car, which has a convertible available that looks this damn good?? argh.. you have to take that option! usually a convertible variant of a car is a damn ugly thing!

What does it for me so much about the FC 'Vert?
Its the laid back windscreen, the long quarter-glass, and how its totally flat from the A-Pillar back.
shows how good the FC would have looked with a Silvia-style Hardtop/Coupe model with a boot/trunk! i just love that flat boot area, and it really brings out the rear box flares..

Interesting little design (mistake?) on the FC, which isn't properly shown in these photos. That bonnet/hood vent is actually off-centre. so so slightly that it almost looks like a mistake!
You'd totally miss it at first glance; before moving onto a eyy-something's-not-right-here face..! ha

This particular car looks great lowered on the large (could be 16"?) Watanabe's. Haven't seen that wing on a 'vert either.
A little detailing, and this would be a very pretty car. 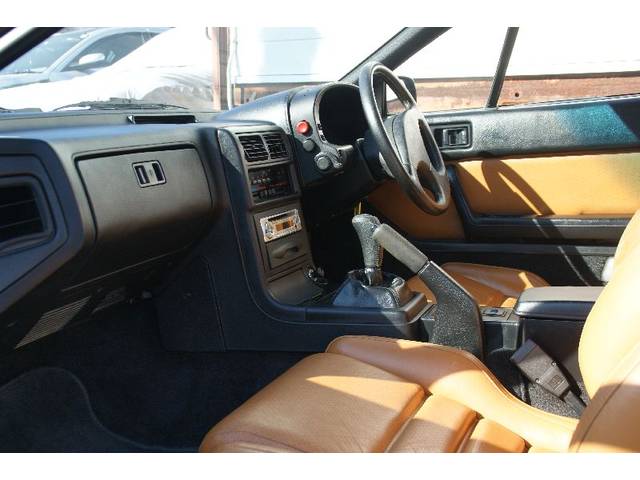 I haven't seen a tan interior in these before. it seems 90% are the very bloody attractive triple-black combination. 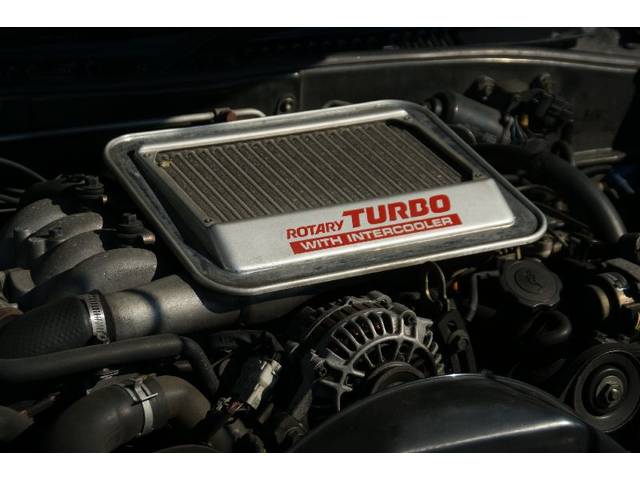 The ROTARY TURBO WITH INTERCOOLER.
Hey look.. Not every S5 RX-7 engine has ended up in an RX-3..!