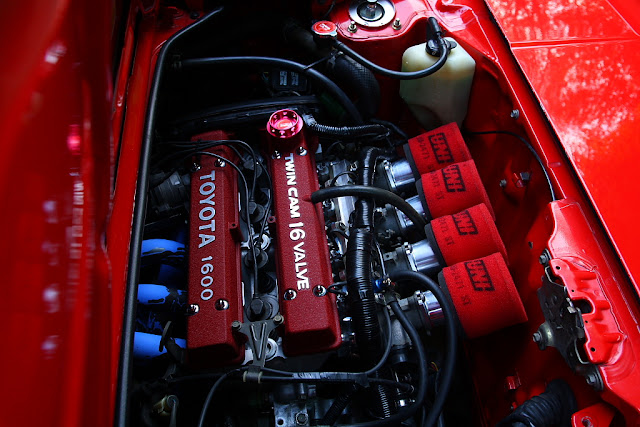 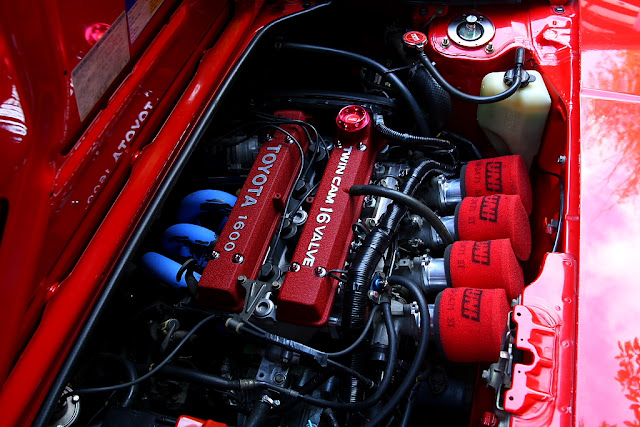 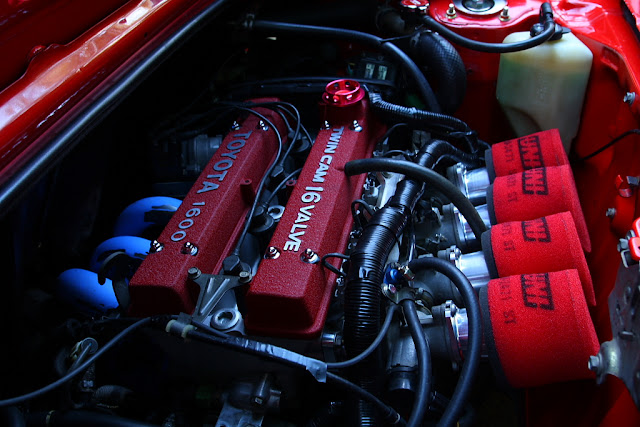 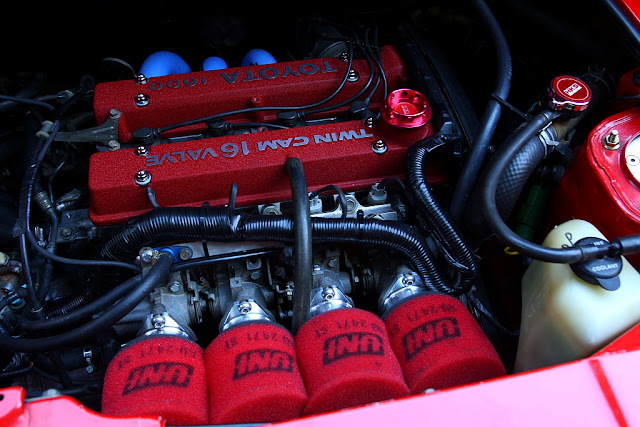 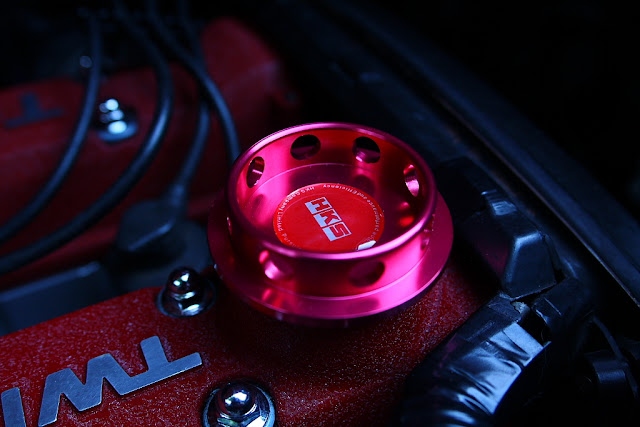 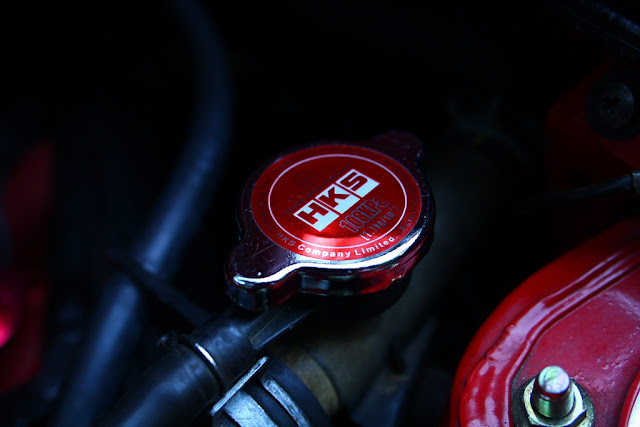 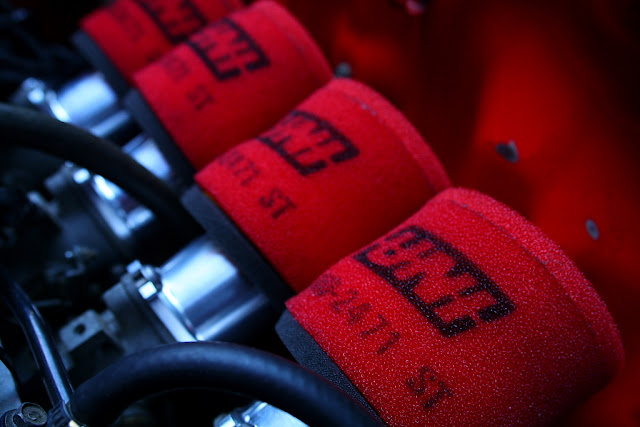 A 'Bigport' 4A-GE (usually just written 4AGE), an engine Toyota released in 1983 to replace the 2T-G.
Variation 4 of the A series block, G for Yamaha head, and E because of the fuel injection.
The Bigport, 7rib, red-and-black top 4AGE, with the TVIS manifold and an Airflow meter in the intake (rather than MAP sensor of the Japanese models); that was fitted to my AW11 from new, produced 88kw in its original form.
A great, solid, reliable, and very popular engine. I thrashed mine for 350,000km before it needed a rebuild..

Probably only makes one extra kw, while being a massive pain in the ass and using twice as much fuel..
..but the sound at 8,000rpm - fffuuuuu...!